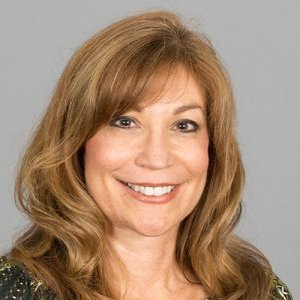 2014 Barth syndrome is caused by mutations in the TAZ (tafazzin) gene on human chromosome Xq28. The human tafazzin gene produces four major mRNA splice variants; two of which have been shown to be functional (TAZ lacking exon 5 and full-length) in complementation studies with yeast and Drosophila. This study characterizes the multiple alternative splice variants of TAZ mRNA and their proportions in blood samples from a cohort of individuals with Barth syndrome (BTHS). Because it has been reported that collection and processing methods can affect the expression of various genes, we tested and chose a stabilizing medium for collecting, shipping and processing of the blood samples of these individuals. In both healthy controls and in BTHS individuals, we found a greater variety of alternatively spliced forms than previously described, with a sizeable proportion of minor splice variants besides the four dominant isoforms. Individuals with certain exonic and intronic splice mutations produce additional mutant mRNAs that could be translated into two or more proteins with different amino acid substitutions in a single individual. A fraction of the minor splice variants is predicted to be non-productive.

A homozygous double mutation in SMN1: a complicated genetic diagnosis of SMA

2013 Spinal muscular atrophy (SMA), the most common autosomal recessive cause of infant death, is typically diagnosed by determination of SMN1 copy number. Approximately 3–5% of patients with SMA retain at least one copy of the SMN1 gene carrying pathogenic insertions, deletions, or point mutations. We report a patient with SMA who is homozygous for two mutations carried in cis: an 8 bp duplication (c.48_55dupGGATTCCG; p.Val19fs*24) and a point mutation (c.662C>T; p.Pro221Leu). The consanguineous parents carry the same two mutations within one SMN1 gene copy. We demonstrate that a more accurate diagnosis of the disease is obtained through a novel diagnostic assay and development of a capillary electrophoresis method to determine the copy number of their mutant alleles. This illustrates the complexity of SMN mutations and suggests additional testing (gene sequencing) may be appropriate when based on family lines.

A Novel Exonic Splicing Mutation in the TAZ (G4.5) Gene in a Case with Atypical Barth Syndrome

2013 Barth syndrome is an X-linked recessive disorder characterized by dilated cardiomyopathy, neutropenia, 3-methylglutaconic aciduria, abnormal mitochondria, variably expressed skeletal myopathy, and growth delay. The disorder is caused by mutations in the tafazzin (TAZ/G4.5) gene located on Xq28. We report a novel exonic splicing mutation in the TAZ gene in a patient with atypical Barth syndrome.