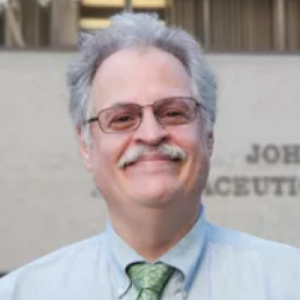 
Areas of research emphasis include predictive performance of pharmacokinetic models for dosing in children.

Covering COVID-19? USC School of Pharmacy has a team of experts ready to help with every story angle you have

Dr. Irving Steinberg has been with USC since 1985, and is Associate Dean for Faculty Affairs at the USC School of Pharmacy, Associate Professor of Clinical Pharmacy and Pediatrics at the USC School of Pharmacy and Keck School of Medicine, and is Director of the Division of Pediatric Pharmacotherapy in the Department of Pediatrics at the LAC+USC Medical Center. Dr. Steinberg is a graduate of the University of Minnesota, where he completed his residency and an endowed fellowship in infectious diseases and pharmacokinetics. He maintains a very busy clinical consultation practice with bedside teaching of medical residents, represents the Department of Pediatrics on the Pharmacy and Therapeutics Committee, and on the Antimicrobial and Medication Safety Subcommittees at County-USC, and has served on medical expert panels for the Department of Health Services. He has published and presented numerous scientific papers and book chapters on pharmacokinetics, antimicrobials and drug resistance, antiepileptic and cardiovascular drugs. He is a content editor on anivirals and antifungals for the forthcoming issue of the American Academy of Pediatrics' Redbook. Areas of research emphasis include predicitve performance of pharmacokinetic models for dosing in children and novel pharmacotherapeutic applications of drugs such as amphotericin and erythromycin in neonates. This diversity in areas of expertise is reflected in his programmatic efforts and teaching, from bedside to classroom, at USC. He has trained numerous pediatric pharmacotherapy residents & fellows who have gone on to distinguished careers. Additionally, Dr. Steinberg is a noted national speaker for many physician and pharmacist audiences, and has given hundreds of lectures and continuing education programs in 43 states in the US. His expertise in legal medicine is nationally regarded, and is sought-after in court and arbitration disputes involving pharmacologic and toxicologic issues.

Dr. Steinberg serves as a medical expert witness in many difficult forensic cases, and his expertise was recognized in 2012 as among the Top 1% of Expert Witnesses for Medical Malpractice Litigation in California (one of only seven pharmacologists).

2015 When admitted to the hospital almost all patients will receive a standard battery of blood tests, which includes a Complete Blood Count (CBC). Often a primary care office will order such work for their patients simply to have a baseline, and many specialists will do so as a means to monitor drug reactions and overall health.

Case 3: fever, vomiting, and increased sleepiness in a 4-year-old girl

1997 Amphotericin B is still the first-line therapy for neonatal fungal infections. With several comparative trials of intralipid-based amphotericin B (IL-AmB) demonstrating its clinical effectiveness and reduced renal toxicity in adults, we examined the renal tolerance and infection outcome in low-birth-weight infants in our 48-bed NICU treated with IL-AmB. Over 2 years, 52 patients (58 courses) received > or = 10 days of IL-AmB. Nineteen charts (23 episodes) were randomly accessed and reviewed. Mean birthweight = 747 grams, gestational age = 25.6 weeks, total IL-AmB dosage = 19.8 +/- 3.3 mg/kg (n = 23); 20 of these episodes were fungal culture positive (9 fungemias). Only one patient (who died during therapy) had a rise in creatinine of > 0.3 mg/dL. Overall, serum creatinine decreased significantly after Day 10 of IL-AmB therapy, from 0.93 +/- 0.42 mg/dL at baseline, to 0.54 +/- 0.24 after 19 days of therapy (p < 0.0001). Serial urine output, serum potassium and potassium supplementation data showed no significant differences from baseline. No interruption of therapy nor infusion reactions occurred. Only one death occurred attributable to fungal infection. Intralipid-amphotericin B may provide an effective alternative in the antifungal therapy of low birthweight neonates, without nephrotoxicity. Further prospective, comparative trials are warranted.