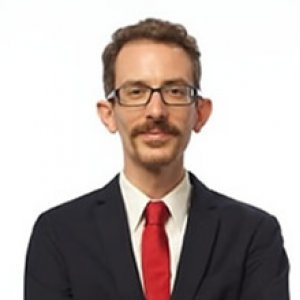 Martin is chair of the Department of Urban Studies and Planning at UC San Diego.

“Proposition 13 I think of as a really shocking event, almost like a meteor that landed in California, in a way,” said Isaac Martin, chair of the sociology department at UC San Diego and author of two books on the measure. “It had all kinds of powerful ripple effects.” Some would argue those ripples have capsized school budgets and other social endeavors in the state. It’s why some Californians have already launched a campaign to amend Proposition 13 at the ballot box in 2020.

How Republicans Learned to Sell Tax Cuts for the Rich

If anyone still believed that the Republican Party had become a party of economic populism, the tax bill that the party is set to pass in Congress will burst their bubble. This bill raises taxes on the poor and cuts taxes on the rich. Most of the American people disapprove...

As neighborhoods gentrify, how do you help residents stay in place?

This has become a common approach for cities grappling with the effects of gentrification on neighborhoods. They roll out programs to protect homeowners from rising property taxes. “They’re often described as policies to prevent displacement of homeowners in areas where increasing investment is driving up the price of housing,” said Isaac Martin, a sociology professor at the University of California San Diego. Martin said some communities cap how much property taxes can grow; others provide a rebate. But in a recent paper, he found these policies may not do that much. He said that’s “in part because the displacement of homeowners turns out to be a lot more rare than we thought.” Instead, Martin discovered the people at risk of displacement tend to be renters. He said they have less of a financial cushion...

The British Journal of Sociology

2018 Why are some policies protested more than others? New data on protest against eight categories of taxation in twenty rich democracies from 1980 to 2010 reveal that economically and socially concentrated taxes are protested most, whereas taxes that confer entitlement to benefits are protested least. Other features of policy design often thought to affect the salience or visibility of costs are unimportant for explaining the frequency of protest. These findings overturn a folk theory that political sociology has inherited from classical political economy; clarify the conditions under which policy threats provoke protest; and shed light on how welfare states persist.

2018 Pay-as-you-earn taxation (PAYE) enlists the assistance of employers in assessing the provisional income tax liability and withholding it from paychecks of a majority of the labor force even before the income year is up. PAYE is one of the most important tools of macroeconomic governance in twenty-first-century capitalist states. A historical case study of Denmark, with comparisons to other states, provides evidence that working-class political power was the sufficient condition for the adoption of PAYE. Workers and their representatives favored PAYE as part of a fiscal bargain. Taxation in modern, democratic states should be conceptualized not as predation, but as part of a social contract in which citizens contribute in exchange for protection from the risks of market society.

2018 Residents of the United States rely on municipal governments to deliver important public goods but are often reluctant to pay for those goods. Can tax policy design affect voters’ propensity to say yes to local taxes? We answer this question by analyzing a new database of 929 tax increases of heterogeneous design that were proposed to California voters from 1996 to 2010. We find that voters’ willingness to raise a municipal tax varies with the choice of tax base, as well as with such policy design features as its timing and its symbolic links to particular purposes. The political limits on city revenue may vary substantially depending on how a tax is designed, and theories that assume otherwise—including several classic models of urban politics—may exaggerate the degree to which municipal revenues are constrained.