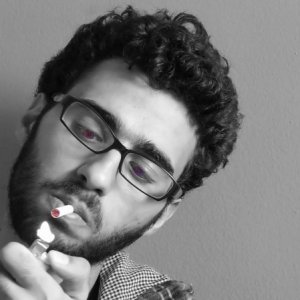 
Co-Founder and Vice-Presedent at Hypatia Association for Comprehensive Devolopment

Half MD, and the other half is anarchy
You can know more about me by clicking on link below
http://about.me/abu7amza

PelVieo is a project belongs to Hypatia for Comprehensive Development, it is a project about local media for Upper Egypt. it still in the pilot phase, as a start it covers Assiut and Sohag provinces. PelVideo covers issues that don't attract the central media, we care in PelVideo to cover events and issues which are neglected by traditional media, and belongs to citizens don't have enough chance reach their voices to media. PelVideo is based on two fundamental principles: the first is the social media which makes who has a problem to talk about it, and the second principle is creative commons which means that human creations are belong to all humanity not just for those who have the knowledge. Pelvideo makes all media to use the content of

Shogga is a project belongs to Hypatia for Comprehensive Development, Shogga is the name of black cloth that covers the female body, and here we used ir as a simpol for the restrictions that faces women in Upper Egypt https://www.facebook.com/Hypatia.Shogga The project observes all violations against women in the Upper Egypt and makes a decumentation of that in films, video clips and reports

Nowadays, local media is an important issue that we have to fight for in Egypt. Upper Egypt is totally neglected by traditional centralized media production, so social media is our parallel pathway to avoid this neglection