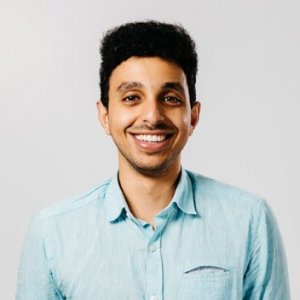 Islam Issa received his PhD in English Literature from the University of Birmingham, where he worked as a Visiting Lecturer and Teaching Fellow before joining Birmingham City University in 2015.

He teaches across all periods and genres of literature, especially the Early Modern. His research has focused primarily on the modern-day reception of Renaissance and Early Modern English literature in global contexts, with wider interests in literary translation, cultural studies, reception studies, disability studies, and censorship. Islam is the Outreach Officer for the School of English.

An award-winning writer and curator, Islam’s book, Milton in the Arab-Muslim World, won the Milton Society of America’s ‘Outstanding First Book’ award. His exhibition, Stories of Sacrifice, won the Muslim News Awards ‘Excellence in Community Relations’ prize. He has also been a finalist at the British Muslim Awards ‘Services to Education’ category and BCU’s ‘Researcher of the Year’.

Islam has an extensive media and public presence, having appeared on TV and radio around 100 times on over 40 different stations worldwide. He has given public lectures internationally, including a TEDx talk and speeches on behalf of the British Foreign Office. In 2017, he was selected as an AHRC/BBC New Generation Thinker for Radio 3 and BBC Four, making him one of “the ten academics whose research will be made into radio and television programmes for the BBC.

Birmingham City University: PgCert Learning and Teaching in HE

The scholars, led by Purdue University’s Professor Angelica Duran, Birmingham City University’s Dr Islam Issa, and Grand Canyon University’s Dr Jonathan Olson, found that translations of Paradise Lost often “mirror[ed] periods of rebellious ideology or nationalism”. In Soviet Estonia, the translation was an act of national resistance against the USSR, they said, while in the Middle East, translations took place during the Arab spring uprisings. Yugoslavian political prisoner Milovan Djilas translated Paradise Lost into Serbo-Croatian in the 1960s while he was imprisoned, writing the epic out on toilet paper with a pencil, and smuggling it out of prison...

Previously unreported letters from the early 1900s by some of India’s Muslim soldiers who fought in World War 1 have been disclosed by a literature expert at Birmingham City University. Islam Issa, lecturer in English literature, previously found that at least 885,000 Muslims were recruited by the Allies, having trawled through thousands of personal letters, historic archives, regimental diaries and census reports...

This letter, along with many others, was recently unearthed by Islam Issa, an English lecturer at the Birmingham City University. The letters are part of a permanent exhibit devoted to charting the role of Muslim soldiers in World War I (1914-1918) at the British Muslim Heritage Centre in Manchester. The exhibit is called Stories of Sacrifice...

Dr Islam Issa, a lecturer at Birmingham City University , has been studying the Islamic contribution to the conflict and has found that at least 885,000 Muslims were recruited by the Allies - more than double the 400,000 previously estimated...

Reading Milton through Islam, Beirut, May 2014

Invited paper (in Arabic): “Our Relationship with the Nile Today: A Consideration Through Romantic Poetry”

Translation and Cultural Identity, Cairo, May 2014

Islam Issa has completed research on the cultural reception of Renaissance and Early Modern literature in today’s global contexts. He is especially interested in the works of John Milton and William Shakespeare, and in linking their texts with the pertinent political, sociological, and theological contexts of the Middle East. This is demonstrated in his award-winning book, Milton in the Arab-Muslim World, the first full-length study of Milton in the Middle East. In the process of exploring reception, his work touches on a number of disciplines including visual art, cultural studies, music, politics, sociology, and theology. Islam also has a practical and theoretical interest in translation, having interpreted simultaneously for a range of high profile personalities, including ministers, ambassadors, and a Nobel Peace Prize Laureate.. Works that incorporate this interest include his co-edited volume, Milton in Translation, which collects essays on the translation of Milton into over twenty languages, as well as his ongoing translation and annotation of the poet’s works into Arabic. Outside of literary studies, Islam was part of a team that secured a £100,000 grant from the British Ministry of Defence for a project on Muslims in World War One at the British Muslim Heritage Centre, for which he is an Academic Advisor. He was the project researcher and curator of its high-profile permanent exhibition, which launched with significant media and VIP presence in January 2016. As well as making headlines as the first exhibition devoted to the subject, Islam revealed that “at least 885,000 Muslims were recruited by the Allies”, with the Discovery Channel noting that he "more than doubled the previously estimated figure of 400,000 soldiers after trawling through thousands of personal letters, historic archives, regimental diaries and census reports”. Islam has since been selected as an Advisor to the Shakespeare Birthplace Trust, to Birmingham Museums Trust on the reinterpretation of their collections, and to the Birmingham Museum & Art Gallery on the decennial redesign of the gallery. He also represents the British Foreign Office and British Council internationally at high-profile events, such as the International Arab Film Festival, and his public speeches include a well-received TEDx talk.

2015 This paper analyzes Mohamed Enani’s [Muhammad Muhammad ‘Inani] Arabic translation of Milton’s Paradise Lost. It shows how linguistic and stylistic aspects of the translation enhance, shift, or distort some of the emphases of Milton’s original text. Factors such as lexical substitution, the use of Qur’anic diction, and the translator’s annotational method are likely to affect, and often intensify, an Arab-Muslim reader’s response to the language and meaning of the poem. Through these analyses, it becomes clear that cultural and theological dimensions of the translation can significantly shape and color an Arab-Muslim reader’s understanding of the epic poem today.

2015 This paper places Milton's opinions on freedom of expression, in particular his seminal prose work, Areopagitica, into the context of the Arab world today. Areopagitica was translated into Arabic only very recently (2009) by Mohamed Enani. This study analyses the relevance of Milton's arguments about liberty in light of Egypt's current protocols with regard to book publication, and the ongoing political and social fluctuations occurring in the region. It also compares Milton's civil war context with the political and social rhetoric present in Egypt's increasingly polarised society. Through philological analyses of the translation's linguistic and religious emphases, it will be established that Areopagitica has a potential relevance not only to the sociopolitical contexts of the region, but also to the Arab world's prevailing Islamic culture. At its core, Islamic teaching emphasises the importance of both scripture and freedom. As a result, reading is an important Islamic activity, and allows the religion to be perceived as a complete way of life, concerned with both religious and worldly issues. Milton's tract touches on ideas of “religious and civil wisdom”, linking such wisdom with “discovery” and “freedoms”. While such ideas seem to match aspects of Islamic belief, this paper considers how we are to understand such issues when literacy rates of Muslim majority countries remain lower than the global average, and when censorship is in many ways rife in media, as well as in works of fiction and non-fiction. This study provides numerous links between Milton's tract and the Arab world today, drawing attention to the poet's perhaps surprising relevance to the region. It also shows how such comparisons point us towards the relevance of Milton's other works, namely his epic poem Paradise Lost, and a number of his sonnets.

Fragmentation, Censorship and an Islamic Journal: A History of the Translations of Milton into Arabic