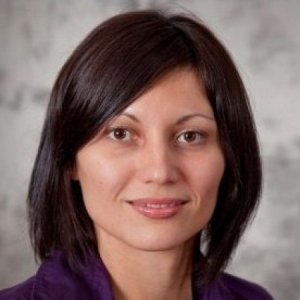 
Professor Hideg examines issues of equality and diversity in the workplace, focusing on gender, culture, accent, and socio-economic status 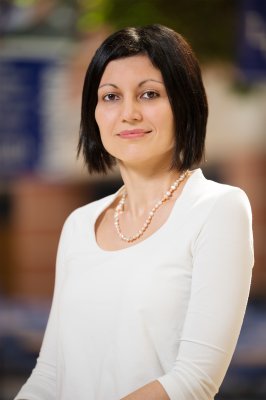 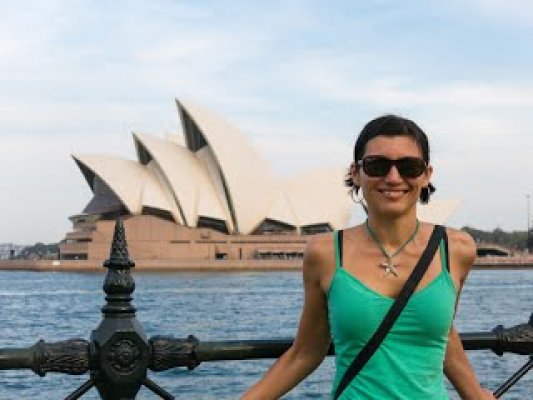 Ivona is a passionate researcher and educator. Her main areas of research include gender and cultural diversity in the workplace (e.g., promotion of diversity and equality) and the social effects of emotions, especially the effects of culture on the social effects of emotions. Her research has been published in leading peer-reviewed journals such as Academy of Management Journal, Journal of Applied Psychology, Journal of Personality and Social Psychology, Organizational Behavior and Human Decision Processes, and Psychological Science.

Her research has also received numerous awards such as Best Paper awards from the OB section at the Academy of Management and the Canadian Psychological Association. Her research has been featured in media outlets such as the Wall Street Journal, the Financial Times, the New York Times, the Globe and Mail, the Huffington Post, and the Record, among others. Ivona is also a member of Editorial Board of a leading journal in emotion research: Emotion.

She is also a very involved community member and she served on a Board of Directors at Focus for Ethnic Women, a non-profit organization that empowers women by providing a nurturing, culturally sensitive environment that builds self-esteem, social networks, employment related skills, and connections to meaningful employment.

Finally, Ivona is committed to student supervision and she supervises research in a lab consisting of highly motivated and intellectually curious students. We currently have a number of projects examining the effectiveness and reactions of diversity policies in the workplace, emotions and emotion regulation in the workplace, and a number of other projects. We welcome new collaborators and new students!

Gender and Cultural Diversity in the Workplace

Effects of Culture on the Social Effects of Emotions

Diversity and Equality in the Workplace

Presented for a poster presented at the annual meeting of the Society for Personality and Social Psychology, Long Beach, California, 2015

However, a workplace that singles out gender differences borders on “benevolent sexism,” a policy envisioned to promote gender equality, but instead undermines women in the workplace, said Ivona Hideg, an assistant professor of organizational behaviour in the Lazaridis School of Business and Economics at Wilfrid Laurier University. She worries that women who use it could become stigmatized and potentially penalized with fewer promotions or other rewards. It could also perpetuate stereotypes that women are more emotionally volatile or less competent than men, she added. “Women may not get the larger assignments due to the fact that their time of the month is coming up, so they’ll be given a lighter duty to free them of this challenging assignment, but this challenging assignment might be what you need to get promoted to the next level.”...

The Rationality of Rage

Whether induced or not, anger must ultimately be genuine in order to be useful in provoking concessions. According to a 2013 paper in the Journal of Experimental Social Psychology, faking anger, compared with playing it cool, leads a negotiation partner to see you as less trustworthy, and actually increases his demands on you...

To find out why, Ivona Hideg, assistant professor of organizational behaviour and human resources management at Wilfrid Laurier University, and her research partner conducted four experiments. The participants were business students at Canadian universities who were asked to complete online surveys about a proposed employment-equity policy they were told was under development at their institution that would apply to students applying for co-op jobs...

According to the paper by associate professor John Trugakos, PhD student Bonnie Cheng and Wilfrid Laurier professor Ivona Hideg, workers who pursue relaxing activities at lunch are the least tired, as long as it’s their choice...

“Need for autonomy is a fundamental psychological need, and past research shows that a feeling of autonomy is energizing on its own,” study co-author Dr. Ivona Hideg, assistant professor of organizational behavior at Wilfrid Laurier University’s School of Business in Canada, told The Huffington Post in an email. “More specifically to lunch breaks, having autonomy over our lunch break activities gives us an opportunity to utilize our time in a way that suits us the best.”...

Annual Meeting of the Academy of Management  Anaheim, California

Helping or hindering? Interactive effects of employee accent and gender at work

Annual Meeting of the Academy of Management  Anaheim, California

Interpersonal dynamics of forgiveness. Symposium conducted at the annual meeting of the Academy of Management  Anaheim, California

Annual Meeting of the Society for Industrial and Organizational Psychology  Anaheim, California

The effect of maternity leave length on women’s career outcomes

Annual Meeting of the Society for Industrial and Organizational Psychology  Anaheim, California

Ontario Ministry of Research and Innovation

The compassionate sexist? How benevolent sexism promotes and undermines gender equality in the workplace

2016 Although sexist attitudes are generally thought to undermine support for employment equity (EE) policies supporting women, we argue that the effects of benevolent sexism are more complex. Across 4 studies, we extend the ambivalent sexism literature by examining both the positive and the negative effects benevolent sexism has for the support of gender-based EE policies. On the positive side, we show that individuals who endorse benevolent sexist attitudes on trait measures of sexism (Study 1) and individuals primed with benevolent sexist attitudes (Study 2) are more likely to support an EE policy, and that this effect is mediated by feelings of compassion. On the negative side, we find that this support extends only to EE policies that promote the hiring of women in feminine, and not in masculine, positions (Study 3 and 4). Thus, while benevolent sexism may appear to promote gender equality, it subtly undermines it by contributing to occupational gender segregation and leading to inaction in promoting women in positions in which they are underrepresented (i.e., masculine positions).

2015 Emotional intelligence (EI) has been described as everything from a panacea to an invalid concept. This article focuses on recent research that clarifies what does and does not constitute EI, as well as its relationships with a variety of outcomes. We emphasize the role of EI in the workplace, and we distinguish between the positive outcomes that it facilitates, the negative outcomes to which it contributes, and the outcomes for which its role is unclear. We conclude by identifying specific issues that require further attention to advance our understanding of EI.

Too drained to help: A resource depletion perspective on daily interpersonal citizenship behaviors

2015 This article explores the role of within-person fluctuations in employees' daily surface acting and subsequent personal energy resources in the performance of organizational citizenship behaviors directed toward other individuals in the workplace (OCBI). Drawing on ego depletion theory (Muraven & Baumeister, 2000), we develop a resource-based model in which surface acting is negatively associated with daily OCBIs through the depletion of resources manifested in end-of-day exhaustion. Further integrating ego depletion theory, we consider the role of employees' baseline personal resource pool, as indicated by chronic exhaustion, as a critical between-person moderator of these within-person relationships. Using an experience-sampling methodology to test this model, we found that surface acting was indirectly related to coworker ratings of OCBI through the experience of exhaustion. We further found that chronic levels of exhaustion exacerbated the influence of surface acting on employees' end-of-day exhaustion. These findings demonstrate the importance of employees' regulatory resource pool for combating depletion and maintaining important work behaviors. Implications for theory and practice are discussed.

Lunch breaks unpacked: The role of autonomy as a moderator of recovery during lunch

When should we disagree? The effect of relationship conflict on team identity in East Asian and North American teams

The consequences of faking anger in negotiations

2013 This study examines how the cultural heterogeneity of work teams moderates the way in which team cultural intelligence (CQ) affects the development of team shared values. Utilizing the four-factor model of CQ, we predict how each facet of CQ will impact the development of shared values in relatively early stages of team development differently for culturally homogeneous versus culturally heterogeneous work teams. We operationalize team shared values as the degree to which a broad set of cultural values are similarly ...

2011 Does emotional intelligence promote behavior that strictly benefits the greater good, or can it also advance interpersonal deviance? In the investigation reported here, we tested the possibility that a core facet of emotional intelligence—emotion-regulation knowledge—can promote both prosocial and interpersonally deviant behavior. Drawing from research on how the effective regulation of emotion promotes goal achievement, we predicted that emotion-regulation knowledge would strengthen the effects of other-oriented and self- ...

2011 We propose a new dimension of emotional intelligence (EI) that is particularly relevant in organizational settings: the ability to influence others via emotion displays. In this article, we first describe social functional accounts of emotions and the evidence supporting social effects of emotions. Then, we propose that individuals differ in the degree to which they can influence the behaviors, attitudes, and emotions of others via their emotion displays, and we demonstrate that this individual variation meets the criteria for an ...

Overcoming negative reactions of nonbeneficiaries to employment equity: The effect of participation in policy formulation

Research in Occupational Stress and Well-Being

2009 Drawing from research on personal resources (eg, Baumeister, Bratslavsky, Muraven, & Tice, 1998; Fredrickson, 1998) and the episodic nature of work (Beal, Weiss, Barros, & MacDermid, 2005), we examine research and theory relevant to the study of momentary recovery in the workplace. Speciﬁcally, we propose that the nature of within workday breaks inﬂuences the levels of psychological resources, which in turn inﬂuence various workplace outcomes. First, we discuss the momentary approach to studying ...