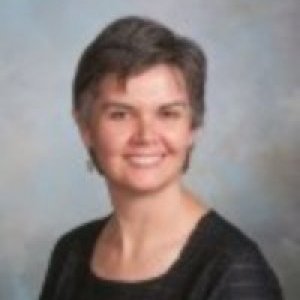 
Dr. Gallagher's expertise focuses on the evolution of landscapes over time. 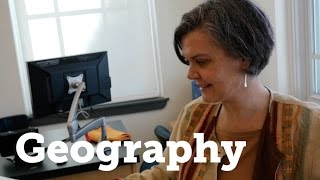 Jackie Gallagher's research interests include Quaternary science and geomorphology, particularly the evolution of landscapes over time, as well as field methods, biogeography and the geography of natural hazards. Chair of the University's Department of Geography, Dr. Gallagher teaches mobile geographic information systems and GPS.

Awarded by the University of Mary Washington, Summer 2011.

With J. Volin (FAU). Awarded $30,000 by the Seminole Tribe of Florida for the study "Hydrologic monitoring of wetlands of the Big Cypress Seminole Indian Reservation", December 2000.

Awarded $4,723 by Florida Atlantic University for the study "High stage indicators around Lake Okeechobee: their origin, age and significance", January 2000.

2005 The history of the discipline of geography is grounded in fieldwork expertise. Long before quantitative analysis and critical theory, geography’s emphasis on earth description necessitated a direct engagement with the physical landscape and the people inhabiting it (Zelinksy, 2001: 3–4). Of course, much of the early cataloguing of the earth, its resources and its peoples was done in the name of colonialism, and thus is a history that some geographers understandably disparage (Godlewska and Smith, 1994; Driver, 2001). For others, the legacy of fieldwork carries with it overly romanticized and masculinist overtones that deservedly call the enterprise into question (Rose, 1993). But many geographers possess an abiding interest in exploration, as a means to understand how the landscape is shaped, and how humans interact with it. The history of both physical and human geography contains pivotal figures who expected students to engage directly with the landscape and those who populated it. Well into the twentieth century, the association between fieldwork and geography remained strong...