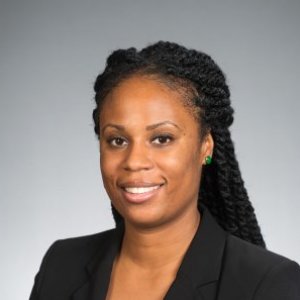 
Jamelia Morgan is an expert in the development of disability as a legal category and how law shapes disability.

Jamelia N. Morgan’s current scholarship focuses on issues at the intersections of race, disability, and criminal law and punishment. Her research examines the development of disability as a legal category, how law shapes disability as an identity in prison and jails, and the criminalization of dissent and non-normative identities and expressions. Morgan’s additional research projects have explored the ways in which doctrinal tensions and political discourse over race-conscious remedies influence how antidiscrimination claims and remedies are conceptualized in court opinions involving voter discrimination and disability discrimination.

Prior to joining the faculty at UConn, Professor Morgan was a civil rights litigator at the Abolitionist Law Center and worked to improve prison conditions and end the use of solitary confinement in Pennsylvania state prisons. In this role, she worked as part of the legal team to draft briefs that secured the removal of a client from solitary confinement after 24 years. From 2015 to 2017, Professor Morgan was an Arthur Liman Fellow with the ACLU National Prison Project, where she focused on the impact of prisons on individuals with physical disabilities and authored an ACLU report released in January 2017 titled, Caged In: Solitary Confinement’s Devastating Harm on Prisoners with Disabilities. Prior to her fellowship, she served as a law clerk to the Honorable Richard W. Roberts of the United States District Court for the District of Columbia. 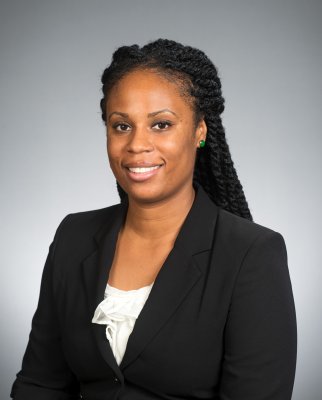 Prison Is Even Worse When You Have a Disability Like Autism

Autistic people and people with intellectual disability often have difficulty understanding prison rules and norms, making them especially vulnerable to exploitation in prison, says Jamelia Morgan, an associate professor at the University of Connecticut School of Law. “There’s disproportionate exposure to violence, sexual or otherwise,” she added. Some parents of incarcerated people with developmental disorders say they feel powerless to help their children cope behind bars.

Caged in: The devastating harms of solitary confinement on prisoners with physical disabilities

2017 Robert Dinkins is paralyzed from the waist down and uses a wheelchair. Prison officials confiscated his wheelchair when he was placed in solitary confinement," forcing him to crawl" around on the ground and" eat [his] meals on the floor."'

Prisoners With Physical Disabilities Are Forgotten And Neglected in America

2017 Dean Westwood arrived at Coffee Creek Correctional Facility in Oregon in a wheelchair. Prison officials required him to surrender his property, submit to a search, and agree to administrative procedures like finger printing. This is standard practice. But unlike other detainees, Dean is paralyzed below the waist and has limited use of his arms and hands.

Administrative segregation, degrees of isolation, and incarceration: A national overview of state and federal correctional policies

2013 This report provides an overview of state and federal policies related to long-term isolation of inmates, a practice common in the United States and one that has drawn attention in recent years from many sectors. All jurisdictions in the United States provide for some form of separation of inmates from the general population. Prison administrators see the ability to separate inmates as central to protecting the safety of both inmates and staff. Yet many correctional systems are reviewing their use of segregated confinement; as controversy surrounds this form of control, its duration, and its effects.