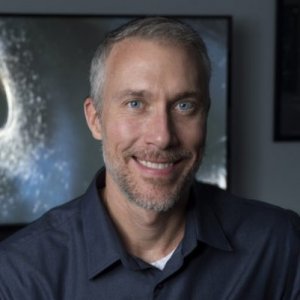 
James Bullock studies how galaxies and their constituent dark matter halos have formed and evolved over billions of years of cosmic time. 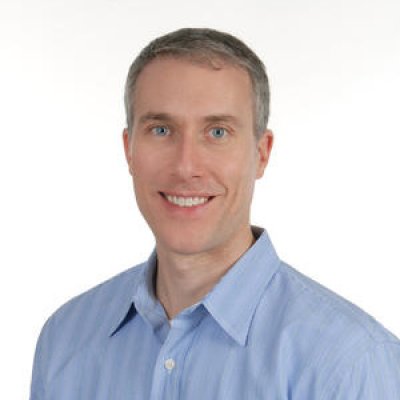 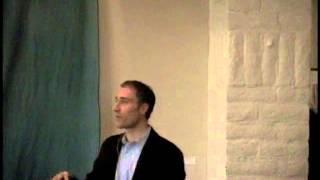 Professor Bullock received a B.S. in both Physics and Math from The Ohio State University in 1994 and a Ph.D. in Physics from the University of California, Santa Cruz in 1999. After postdoctoral positions at The Ohio State University and Harvard University, he came to UC Irvine as an Assistant Professor in 2004. He was elected Fellow of the American Association for the Advancement of Science in 2008. Professor Bullock served as the 17th Chair of the UCI Physics and Astronomy Department from 2017-2019 before becoming the 9th Dean of the UCI School of Physical Sciences in 2019.

Aided by super-computer simulations and analytic models, Professor Bullock studies how galaxies and their constituent dark matter halos have formed and evolved over billions of years of cosmic time. By analyzing data that astronomers have collected using the Hubble Space Telescope, the Keck Observatory, and other ground and space telescopes, he works to understand how galaxies, including the Milky Way and its Local Group of galaxies, emerged from the primordial universe. One of his long-standing interests has been the use of astrophysical observations to constrain the microphysical nature of dark matter.

Professor Bullock currently serves as Chair of the James Webb Space Telescope User’s Committee. Previously he was Chair of the working group that recommended the Hubble Frontier Fields Program, which is responsible for galaxy cluster image on the top of this page. He is passionate about science outreach and appears regularly on the Science Channel’s How the Universe Works.

Galaxies without dark matter might be possible after all

James Bullock, an astrophysicist at the University of California, Irvine, described how he and the team didn’t build their model just so they could create galaxies without dark matter—something he says makes the model stronger, because it wasn’t designed in any way to create the collisions that they eventually found. “We don’t presuppose the interactions,” says Bullock.

James Bullock, from UCI, an astrophysicist who is a world-renowned expert on low-mass galaxies, explained how he and the team did not construct their model just so they can make galaxies without dark matter — something he said makes the model powerful since it was not developed in any way to establish the collisions that they eventually found. “We don’t presuppose the interactions,” stated Bullock.

Scientists discover how galaxies can exist without dark matter

UCI's James Bullock, an astrophysicist who's a world-renowned expert on low-mass galaxies, described how he and the team didn't build their model just so they could create galaxies without dark matter—something he said makes the model stronger, because it wasn't designed in any way to create the collisions that they eventually found. "We don't presuppose the interactions," said Bullock.

James Bullock, professor and chair of physics & astronomy at the University of California, Irvine, has been appointed dean of the School of Physical Sciences. He will assume the new role on July 1, upon the retirement of Dean Kenneth Janda.

“We think we’ve shown that there are as many as 100 million black holes in our galaxy,” said UCI chair and professor of physics & astronomy James Bullock, co-author of a research paper on the subject in the current issue of Monthly Notices of the Royal Astronomical Society.

Dark Matter May Be More Complex Than Physicists Thought

About four years ago, James Bullock, a professor of physics and astronomy at the University of California, Irvine, began to wonder whether the standard view of dark matter was failing important empirical tests. “This was the point where I really started thinking hard about alternatives,” he said.

Accurate mass estimates from the proper motions of dispersion-supported galaxies

2020 We derive a new mass estimator that relies on internal proper motion measurements of dispersion-supported stellar systems, one that is distinct and complementary to existing estimators for line-of-sight velocities. Starting with the spherical Jeans equation, we show that there exists a radius where the mass enclosed depends only on the projected tangential velocity dispersion, assuming that the anisotropy profile slowly varies.

A profile in FIRE: resolving the radial distributions of satellite galaxies in the Local Group with simulations

2019 While many tensions between Local Group (LG) satellite galaxies and Λ cold dark matter cosmology have been alleviated through recent cosmological simulations, the spatial distribution of satellites remains an important test of physical models and physical versus numerical disruption in simulations.

2019 The past two decades have seen a tremendous investment in observational facilities that promise to reveal new and unprecedented discoveries about the universe. In comparison, the investment in theoretical work is completely dwarfed, even though theory plays a crucial role in the interpretation of these observations, predicting new types of phenomena, and informing observing strategies.

2019 We study stellar-halo formation using six Milky Way-mass galaxies in FIRE-2 cosmological zoom simulations. We find that 5−40% of the outer (50−300 kpc) stellar halo in each system consists of in-situ stars that were born in outflows from the main galaxy. Outflow stars originate from gas accelerated by super-bubble winds, which can be compressed, cool, and form co-moving stars.

Be it therefore resolved: cosmological simulations of dwarf galaxies with 30 solar mass resolution

2019 We study a suite of extremely high-resolution cosmological Feedback in Realistic Environments simulations of dwarf galaxies (⁠Mhalo≲1010M⊙⁠), run to z = 0 with 30M⊙ resolution, sufficient (for the first time) to resolve the internal structure of individual supernovae remnants within the cooling radius. Every halo with Mhalo≳108.6M⊙ is populated by a resolved stellar galaxy, suggesting very low-mass dwarfs may be ubiquitous in the field.