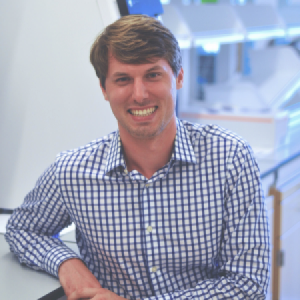 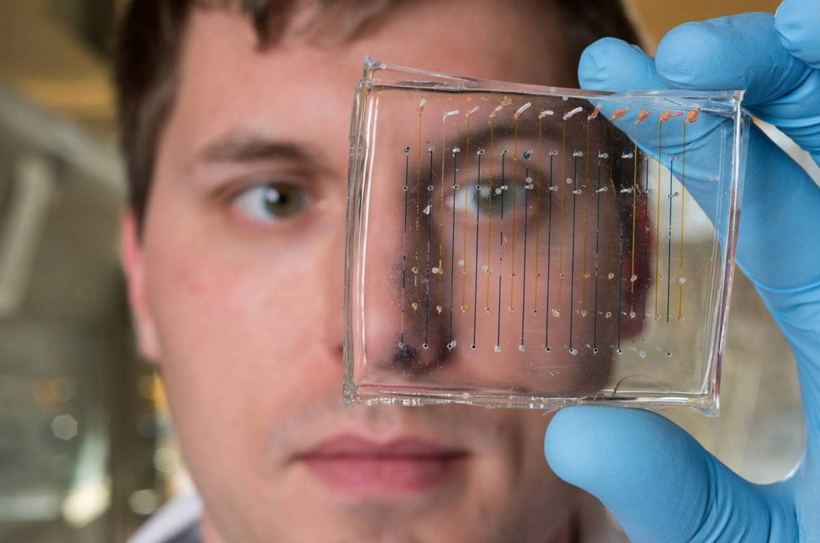 Gene therapy and the next frontier of medicine 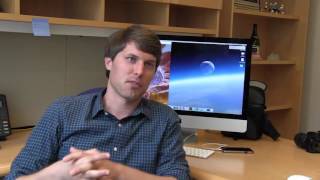 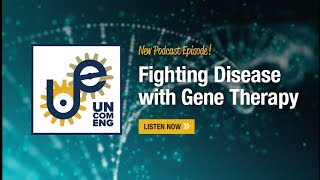 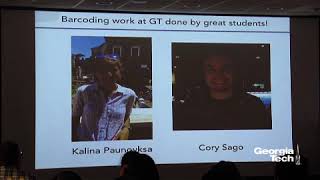 James Dahlman is an Assistant Professor in the Georgia Tech BME Department. He studied RNA design and gene editing as a post-doc with Feng Zhang at the Broad Institute, and received his PhD from MIT and Harvard Medical School in 2014, where he studied RNA delivery with Robert Langer and Daniel Anderson.

The Lab for Precision Therapies at Georgia Tech, also called the 'Dahlman Lab', works at the interface of drug delivery, nanotechnology, genomics, and gene editing. James has designed nanoparticles that deliver RNAs to the lung and heart; these nanoparticles have been used by over ten labs across the US to date. He has also developed targeted in vivo combination therapies; nanoparticles deliver multiple therapeutic RNAs at once, in order to manipulate several nodes on a single disease pathway. More recently, he developed a method to quantify the targeting, biodistribution, and pharmacokinetics of dozens to hundreds of distinct nanoparticles at once directly in vivo.

Finally, James uses molecular biology to rationally design the genetic drugs he delivers. He recently reported 'dead' guide RNAs; these engineered RNAs can be used to simultaneously up- and down-regulate different genes in a single cell using Cas9.

James has won the NSF, NDSEG, NIH OxCam, Whitaker Graduate, and LSRF Fellowships, the Weintraub Graduate Thesis Award, and was recently named a Bayer Young Investigator and Parkinson's Disease Foundation Young Investigator. He has had significant help along the way. Besides having great scientific advisors, James has been lucky to mentor excellent students, including two that were finalists for the Rhodes Scholarship.

DNA Data Storage Is Closer Than You Think

Every minute in 2018, Google conducted 3.88 million searches, and people watched 4.33 million videos on YouTube, sent 159,362,760 e-mails, tweeted 473,000 times and posted 49,000 photos on Instagram, according to software company Domo. By 2020 an estimated 1.7 megabytes of data will be created per second per person globally, which translates to about 418 zettabytes in a single year (418 billion one-terabyte hard drive’s worth of information), assuming a world population of 7.8 billion. The magnetic or optical data-storage systems that currently hold this volume of 0s and 1s typically cannot last for more than a century, if that. Further, running data centers takes huge amounts of energy. In short, we are about to have a serious data-storage problem that will only become more severe over time.

When a recognition makes your name fit comfortably into the same sentence with Facebook’s “Mark Zuckerberg” or Google co-founder “Larry Page,” you know it’s something special. A shout-out in the MIT Technology Review’s annual roster of “35 Innovators Under 35” did just that for Georgia Tech biomedical researcher James Dahlman.

The first direct comparison of in vitro and in vivo screening techniques for identifying nanoparticles that may be used to transport therapeutic molecules into cells shows that testing in lab dishes isn’t much help in predicting which nanoparticles will successfully enter the cells of living animals.

wherein R3 and R4 are as defined herein. Also provided are compositions comprising the inventive conjugated lipomers, and methods of preparation and use.

2019 Small interfering RNAs (siRNAs) conjugated to N-acetylgalactosamine (GalNAc) ligands have been used to treat disease in patients. However, conjugates with other ligands deliver siRNA less efficiently, limiting the development of new targeted therapies. Most approaches to enhancing the potency of such conjugates have concentrated on increasing ligand effectiveness and/or the chemical stability of the siRNA drug. One complementary and unexplored alternative is to increase the number of siRNAs delivered per ligand. An ideal system would be a single chemical entity capable of delivering multiple copies of an oligonucleotide drug and/or several such drugs simultaneously. Here we report that siRNAs can be stably linked together under neutral aqueous conditions to form chemically defined siRNA “multimers,” and that these multimers can be delivered in vivo by a GalNAc ligand. Conjugates containing multiple copies of the same siRNA showed enhanced activity per unit of ligand, whereas siRNAs targeting different genes linked to a single ligand facilitated multigene silencing in vivo; this is the first demonstration of silencing several genes simultaneously in vivo using ligand-directed multimeric siRNA. Multimeric oligonucleotides represent a powerful and practical new approach to improve intracellular conjugate delivery.

2019 Using mRNA to produce therapeutic proteins is a promising approach to treat genetic diseases. However, systemically delivering mRNA to cell types besides hepatocytes remains challenging. Fast identification of nanoparticle delivery (FIND) is a DNA barcode‐based system designed to measure how over 100 lipid nanoparticles (LNPs) deliver mRNA that functions in the cytoplasm of target cells in a single mouse. By using FIND to quantify how 75 chemically distinct LNPs delivered mRNA to 28 cell types in vivo, it is found that an LNP formulated with oxidized cholesterol and no targeting ligand delivers Cre mRNA, which edits DNA in hepatic endothelial cells and Kupffer cells at 0.05 mg kg−1. Notably, the LNP targets liver microenvironmental cells fivefold more potently than hepatocytes. The structure of the oxidized cholesterols added to the LNP is systematically varied to show that the position of the oxidative modification may be important; cholesterols modified on the hydrocarbon tail associated with sterol ring D tend to outperform cholesterols modified on sterol ring B. These data suggest that LNPs formulated with modified cholesterols can deliver gene‐editing mRNA to the liver microenvironment at clinically relevant doses.

2014 CRISPR-Cas9 is a versatile genome editing technology for studying the functions of genetic elements. To broadly enable the application of Cas9 in vivo, we established a Cre-dependent Cas9 knockin mouse. We demonstrated in vivo as well as ex vivo genome editing using adeno-associated virus (AAV)-, lentivirus-, or particle-mediated delivery of guide RNA in neurons, immune cells, and endothelial cells. Using these mice, we simultaneously modeled the dynamics of KRAS, p53, and LKB1, the top three significantly mutated genes in lung adenocarcinoma. Delivery of a single AAV vector in the lung generated loss-of-function mutations in p53 and Lkb1, as well as homology-directed repair-mediated KrasG12D mutations, leading to macroscopic tumors of adenocarcinoma pathology. Together, these results suggest that Cas9 mice empower a wide range of biological and disease modeling applications.

2012 Metastasis accounts for the vast majority of cancer deaths. The unique challenges for treating metastases include their small size, high multiplicity and dispersion to diverse organ environments. Nanoparticles have many potential benefits for diagnosing and treating metastatic cancer, including the ability to transport complex molecular cargoes to the major sites of metastasis, such as the lungs, liver and lymph nodes, as well as targeting to specific cell populations within these organs. This Review highlights the research, opportunities and challenges for integrating engineering sciences with cancer biology and medicine to develop nanotechnology-based tools for treating metastatic disease.