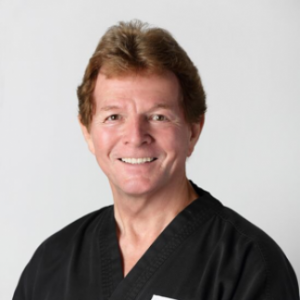 Master James De Vries has been a student and instructor of various martial arts programs at Loyola Marymount University (LMU) since 1990. Master De Vries is currently a member of the faculty at LMU where he teaches martial science and lectures on numerous topics, including exercise physiology and nutrition. He holds the rank of 5th degree black belt in the Korean Integrated Martial Arts Systems, which includes the three styles of Tae Kwon Do, Hap Ki Do, and Kuk Sool. In 2003, he was appointed as the Chief Instructor of the Korea Institute of Martial Arts (KIMA) and the International Institute of Martial Science and Applied Leadership, a non-profit international martial science and leadership research center, which serves the United States government and the private sector. The Korea Institute of Martial Arts is headquartered in California and is an international charter center for training, teaching, testing and certification of black belts and leaders from the military and private sectors. In 2011, he was appointed as Director of the state of California for the World Ki-Do Federation (WKF).
James is formally certified by the Hanminjok Hapkido Association and the World Ki-Do Federation as a 5th degree black belt (master instructor level). The World Ki-Do Federation is the only traditional martial arts federation recognized by the government of the Republic of South Korea. He is formally certified as a 5th degree black belt (master instructor level) from the World Taekwondo Federation headquartered in Seoul, Korea and as a 6th degree from the World Tae Kwon Do Union. His background extends to both fitness and nutrition and he is founder and chief executive officer of YouthFlow® Corporation, a nutrition company focused on “The Science of Anti-Aging®”. Master De Vries also coaches and mentors black belts regarding achieving peak performance and balancing both mental and physical training.