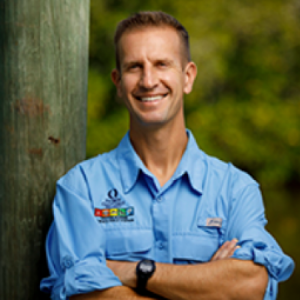 
James Douglass studies the interactions among living organisms and the environment in coastal waters, including algae blooms. 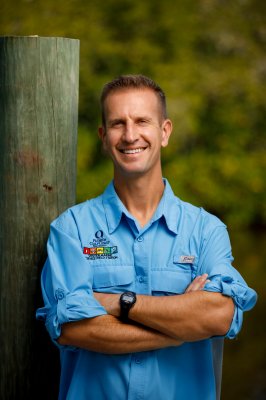 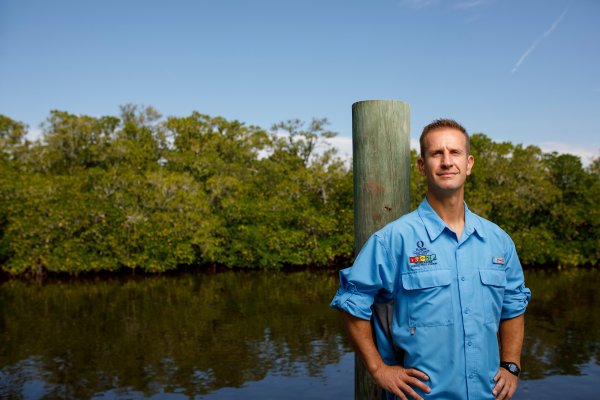 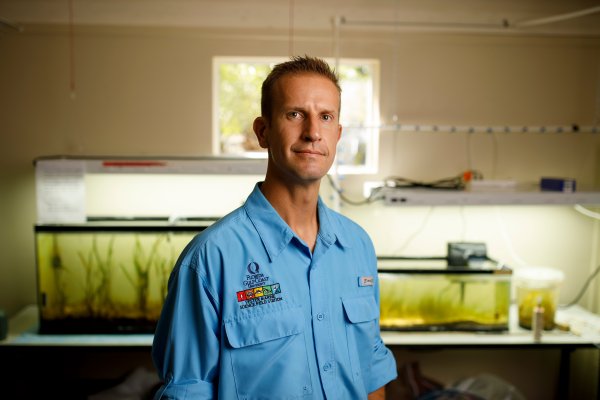 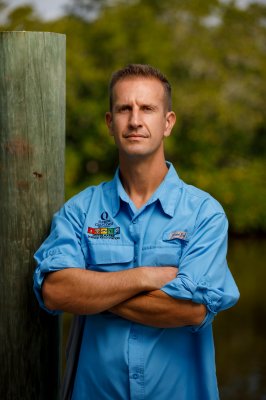 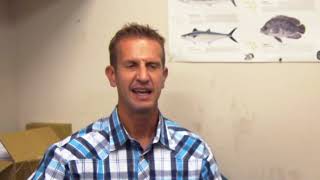 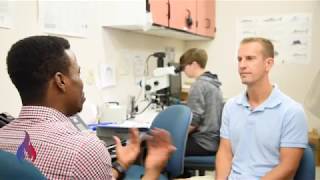 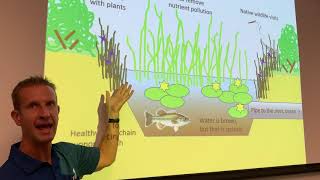 Dr. James Douglass is an associate professor in The Water School at Florida Gulf Coast University (FGCU). He is interested in the biological diversity and beneficial ecosystem functions of coastal marine habitats. Coastal oceans are threatened by decreasing water quality, changing physical conditions, and overharvest of ecologically important species. He addresses the effects of these threats through conservation-directed research and teaching at FGCU.

Taking an end-of-summer getaway to Sanibel Island? The beach water has a problem

Why is the water brown and murky off Sanibel?

South Florida trying to save beaches from invading seaweed

South Florida, in effort to save tourism industry, may spend millions to remove seaweed invading beaches

Controversial Roundup chemical, glyphosate, to be banned as herbicide on Fort Myers Beach

FGCU students are studying chemicals in the Imperial River

Dr. James Douglass talks about the effects of oyster beds and mangroves in removing nitrogen from the waters of the Imperial River.

Dr. James Douglass discusses the impacts of pollution runoff on manatees and dolphins in the Imperial River.

Is FWC spraying of invasive plants the culprit behind algae crisis?

Dr. James Douglass is quoted talking about the impact of herbicide spraying on algae blooms in and around Lake Okeechobee.

Direct and indirect effects of disturbance on SW Florida seagrasses

The rainbow of death: Caloosahatchee seagrass trends since 1998

Douglass' research focuses on seagrass ecosystems. Seagrasses, which live submerged in marine and brackish waters, are often confused with seaweeds (macroalgae), but are evolutionarily and functionally different, having true roots, leaves, flowers, and seeds, and forming productive, undersea meadows. There are approximately 60 species, including tropical and cold water species. Seagrasses are restricted to shallow areas with good water quality, where ample sunlight for photosynthesis reaches the bottom. Thus, seagrasses are vulnerable to water quality degradation. About 30% of the world’s seagrass has been lost due to human impacts since the 19th century; in many developed areas, seagrass has been lost entirely. With seagrass loss comes a loss of the beneficial ecosystem services that seagrass meadows provide. These benefits include: 1) Carbon sequestration. Seagrasses remove carbon dioxide from the ocean and atmosphere at a high rate, and are therefore helpful in slowing anthropogenic climate change and ocean acidification. 2) Nutrient removal. Seagrasses absorb excess chemical nutrients from the water, preventing harmful algae blooms. However, high rates of nutrient pollution overwhelm seagrasses’ removal abilities and cause seagrass beds to be shaded out by harmful algae. 3) Sediment stabilization. Seagrass blades baffle dirt particles out of the water, increasing clarity, and seagrass roots lock sediments in place so that the dirt is not resuspended by waves and currents. 4) Enhanced biological productivity and diversity. By providing shelter and food, seagrass meadows support a higher abundance and variety of life than unvegetated habitats. Seagrasses are a critical food for manatees, green sea turtles, and parrotfishes, while the small algae and invertebrates that live in association with seagrasses are key foods for commercially and recreationally important fish and shellfish such as spotted seatrout and blue crabs. 5) Aesthetic value. Seagrasses, and the clear water they help to maintain, increase the appeal of coastal waters to boaters, beachgoers, snorkelers, and fishermen.

As a marine ecologist working in seagrass ecosystems, he tries to identify human impacts on seagrass health, which can include water pollution, climate change, and food-chain alteration due to overfishing. In particular, his research attempts to characterize how those human impacts ripple through the complex “food webs” of the seagrass meadows, which involve fish, invertebrates, and algae, as well as the seagrass itself. His participation in regional and global “seagrass experimental networks” has increased understanding of how geographic differences in water conditions and the type and abundance of seagrass-associated animals can alter seagrass responses to man-made disturbances. Understanding and protecting seagrass beds is a challenging “moving target” as climate change, water quality degradation, and species changes are occurring rapidly in the SW Florida region and around the world.

A growing number of examples indicate that large predators can alter seagrass ecosystem structure and processes via top-down trophic interactions. However, the nature and strength of those interactions varies with biogeographic context, emphasizing the need for region-specific investigations. We investigated spatial and temporal variation in predatory fish and seagrass communities across a Marine Protected Area (MPA) boundary in the Banana River Lagoon, Florida (USA), assessing trophic roles of intermediate consumers, and performing a large-consumer exclusion experiment in the MPA. Large, predatory fishes were most abundant within the MPA, while some mid-sized fishes were more abundant outside it. Small, seagrass-resident fishes, epifaunal invertebrates, and macrophytes also differed across the MPA boundary, but varied more among individual sites and seasonally. We cannot conclusively attribute these patterns to MPA status because we lack data from prior to MPA establishment and lack study replication at the level of MPA. Nevertheless, other patterns among our data are consistent with hypothesized mechanisms of top-down control. E.g., inverse seasonal patterns in the abundance of organisms at adjacent trophic levels, coupled with stable C and N isotope and gut contents data, suggest top-down control of crustacean grazers by seasonal recruitment of small fishes. Large-consumer exclosures in the MPA increased the abundance of mid-sized predatory and omnivorous fishes, but had few impacts on lower trophic levels. Results suggest that large-scale variation in large, predatory fish abundance in this system does not strongly affect seagrass-resident fish, invertebrate, and algal communities, which appear to be driven more by habitat structure and seasonal variation in small fish abundance.

Most studies evaluating the effects of biodiversity on ecosystem functioning are conducted at a single location, limiting our understanding of how diversity–function relationships may change when measured across different spatial scales. We conducted a species‐removal experiment at three sites nested in each of three regions along the rocky intertidal coastline of the Gulf of Maine, USA, to evaluate the potential for scale‐dependent effects of species loss on the biomass of intertidal seaweed assemblages. We randomly assigned 50 plots in the mid‐intertidal zone at each site to one of five treatments (n = 10 plots each): an unmanipulated control, a polyculture plot that contained our three target seaweed species, and three monoculture plots. We manipulated diversity by removing all non‐target species from monoculture and polyculture plots, then removing additional biomass from polyculture plots, proportionate to species' relative abundances, so that the average amount removed from monoculture and polyculture plots was equivalent at each site. At the largest spatial scale, all sites considered together, after accounting for region and site nested within region seaweed diversity had consistent, positive effects on seaweed cover. Diverse polyculture plots always had higher cover than was predicted by the average performance of the component seaweed species and usually had higher cover than even the best‐performing component species. Diversity effects weakened and became less consistent at smaller spatial scales, so that at the scale of individual sites, diverse polycultures only performed better than the average of monocultures ~40% of the time. Hence, our results indicate that weak and/or inconsistent biodiversity effects at the level of individual sites may scale up to stronger, more consistent effects at larger spatial scales. Quantitative summaries of biodiversity experiments conducted at the scale of individual sites do not capture this spatial aspect of biodiversity effects and may therefore underestimate the functional consequences of biodiversity loss.

Nutrient pollution and reduced grazing each can stimulate algal blooms as shown by numerous experiments. But because experiments rarely incorporate natural variation in environmental factors and biodiversity, conditions determining the relative strength of bottom–up and top–down forcing remain unresolved. We factorially added nutrients and reduced grazing at 15 sites across the range of the marine foundation species eelgrass (Zostera marina) to quantify how top–down and bottom–up control interact with natural gradients in biodiversity and environmental forcing. Experiments confirmed modest top–down control of algae, whereas fertilisation had no general effect. Unexpectedly, grazer and algal biomass were better predicted by cross-site variation in grazer and eelgrass diversity than by global environmental gradients. Moreover, these large-scale pat-terns corresponded strikingly with prior small-scale experiments. Our results link global and local evidence that biodiversity and top–down control strongly influence functioning of threatened sea-grass ecosystems, and suggest that biodiversity is comparably important to global change stressors.