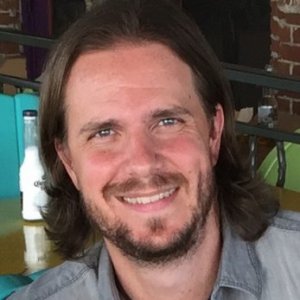 
Expert on film theory/aesthetics, the history of motion pictures, media and society, violence in the media, and horror film 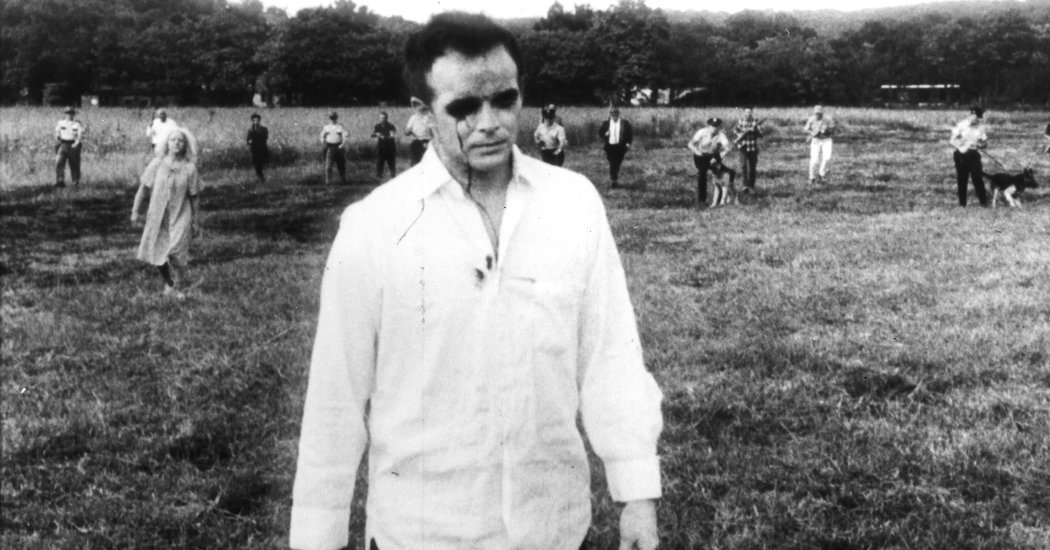 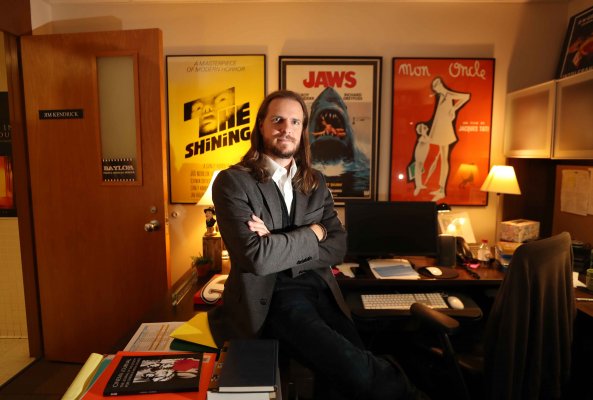 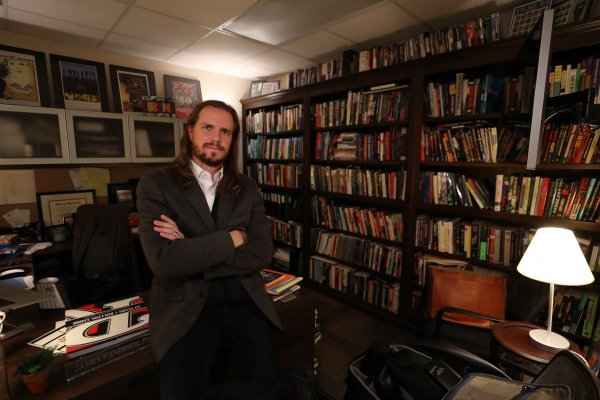 James Kendrick is an associate professor and undergraduate program director in the Film and Digital Media Division of the Department of Communication at Baylor University, where he teaches classes on film theory/aesthetics, the history of motion pictures, media and society, the films of Steven Spielberg, violence in the media, and horror film.

He earned a Ph.D. in Communication and Culture from Indiana University, Bloomington, and also holds a B.A. in English and an M.A. in Journalism, both from Baylor University. His primary research interests are post-Classical Hollywood film history, violence in the media, cult and horror films, media censorship and regulation, the films of Steven Spielberg, action films, and cinema and new technologies.

He is the author of three books: Darkness in the Bliss-Out: A Reconsideration of the Films of Steven Spielberg (Bloomsbury Academic, 2014), Hollywood Bloodshed: Violence in 1980s American Cinema (Southern Illinois University Press, 2009) and Film Violence: History, Ideology, Genre (Wallflower Press, 2009). He has also published several book chapters and peer-reviewed journal articles in Film Criticism, The Velvet Light Trap, the Journal of Film and Video, and the Journal of Popular Film and Television, as well as presented papers at numerous conferences. In addition to his academic work, he is also the film and video critic for the web site Qnetwork.com (where he has written more than 2,400 feature-length reviews). He is a member of the Society for Cinema and Media Studies, the University Film and Video Association , and the Online Film Critics Society.

He lives in Waco, TX, with his wife, Cassie, and their children, James and Lily.

Violence in the media

James Kendrick, Ph.D., professor and undergraduate program director of film and digital media at Baylor University, discusses how cellphones have become increasingly prevalent in books and scripts as a source of horror.

Horror Films Have Always Tapped Into Pop Culture's Most Urgent Fears. COVID-19 Will Be Their Next Inspiration

James Kendrick, Ph.D., professor of film and digital media and undergraduate program director, is quoted in this article on trends that inspire horror films and the impact COVID-19 will have on future horror films.

In ‘Coronavirus: The Movie,’ here's what we all need to see

Greg Garrett, Ph.D., professor of English and author of "A Long, Long Way: Hollywood's Unfinished Journey from Racism to Reconciliation," and James Kendrick, Ph.D., a film historian and expert on the horror film genre, share their thoughts about the elements of a coronavirus pandemic horror movie.

Film and digital media professor and horror film expert James Kendrick will offer students an opportunity to study the movie genre that often reflects what we are anxious about as a culture in “The Horror Film” class next year.

Why we like to be scared at the movies

Hollywood had a dismal summer at the box office, with Daily Variety declaring it the worst in over a decade. Then at the end of the season, a horror film based on Stephen King's "It" scared audiences across the globe, generating $500 million in worldwide revenue right out of the gate. But why were regular films flopping while a horror film filled expensive theater seats night after night? James Kendrick, Ph.D., associate professor of film and digital media at Baylor University, says people like to be scared when they know they are in a safe environment. "That's a kind of very primitive emotion," Kendrick told ConsumerAffairs. "It may be kind of a catharsis. Some argue that we go to horror movies to expunge all of these negative feelings through the safety of going to a movie.”

What Makes A Horror Film Scary?

VIDEO: James Kendrick, Ph.D., associate professor of film and digital media in Baylor’s College of Arts & Sciences, is the featured expert in this story about what elements make horror films scary. Kendrick explains that they are atmosphere, interesting and sympathetic characters, and, of course, a monster. “The monster comes in all different forms, but a lot of times, the scariest thing is us – human beings and what human beings are capable of.”

Baylor Associate Professor of Film and Digital Media James Kendrick wrote a review about the movie. "I thought it was a very powerful film. What I found more impressive about it is that [it] interweaves a conventional thriller story about bank robbers pursued by the police with a lot of social issues," Kendrick said. He also said being nominated for four Oscars is a big deal because these type of awards are well-known...

James Kendrick, Ph.D., associate professor of film and digital media in Baylor University’s College of Arts & Sciences, is a Hollywood film historian and an expert on cult and horror films. While horror is not everyone’s favorite genre, Kendrick says, horror films are known to have a universal appeal...

Anatomy of a Bomb: What Went Wrong with ‘Lone Ranger'

“There are probably a million reasons the film bombed, one of the biggest being that it wasn’t a very good movie and got bad reviews and bad word of mouth,” said Jim Kendrick, an associate professor of film and digital media at Baylor University. “Plus, there is little interest in Westerns right now, and even less interest in resurrecting ‘The Lone Ranger.’ ”

Disturbing New Pathways: Psycho and the Priming of the Audience

2010 This article uses priming effects to explore Psycho's narrative and visual effects on audiences. By taking into account how audiences had been primed by classical Hollywood films, it shows how Psycho's defiance of classical norms helped pave the way for future films by initiating audiences into a new narrative structure.

Razors in the Dreamscape: Revisiting A Nightmare on Elm Street and the Slasher Film

2009 The article examines how the film "A Nightmare on Elm Street" affirms and undermines several of the structure components of the slasher subgenre. It discusses the film's resultant ideological consequences in terms of gender, identification, the gaze and monstrosity. The author cites the film's complex structure and theme as what made it stands out from other slasher films. He highlights the difficulty of categorizing the film as a slasher due to its interstitial text, characterized by recognized subgenres without fully adhering to any of them.

A hybrid genre that fuses the moral landscape of the western and the urban settings of film noir and police procedurals, the action film as we know it today is a relatively new genre, having taken shape in the late 1960s and early 1970s and become a fully recognized and immensely popular cinematic form in the 1980s.

"The Many Shades of Red" (Book Review)

A review of the book "New Hollywood Violence." New Hollywood Violence, which is part of Manchester University Press’ diverse ‘Inside Popular Film’ series and includes several essays first presented at the 2001 ‘Violence, Cinema, and American Culture’ conference, is a welcome addition to this growing literature, especially as it places front and center the complex and often contradictory roles of screen violence in contemporary American cinema.

The single, persistent question with which viewers are often left after viewing Benjamin Christensen's 1922 film Häxan (The Witch) is, what is it? Part illustrated exploration of the history of witchcraft, part grisly horror film, part burlesque comedy and part condescending reappraisal of the ignorant past, Häxan is nothing if not utterly unique, a compelling oddity that still retains its often shocking effectiveness and, despite being left out of many conventional film histories, is one of the most artful and influential of all silent films.