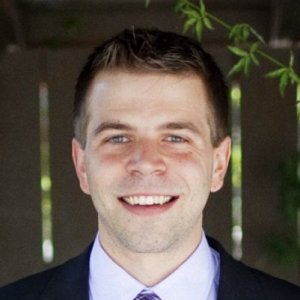 In the wake of escalating terrorist attacks around the world, heightened concerns about border safety and security have captured the critical attention of government and law enforcement agencies. International immigration expert, James Walsh, PhD, Assistant Professor in the Faculty of Social Science and Humanities, examines the timely issues of border security and migration control in some of the largest Western nations: Canada, the United States, the United Kingdom and Australia.

His global research dovetails into the study of domestic policing and crime control including the ways government agencies partner with businesses, community groups, and the public at large to facilitate law enforcement. One of those ways explores the role of university employees in governing and regulating the migration of international students in the U.S., U.K. and Australia. Dr. Walsh’s research also evaluates the effectiveness of anonymous tip lines related to undocumented migrations in several countries. His latest research investigates the use of social media including official twitter feeds by immigration departments and border security in Canada, the U.S. and Australia. He is studying their methods to enlist public support for the use of tip lines and other means of anonymously reporting violations of the law. His work also relates to crime and media, and draws on the parallels of reality television shows about border security in Australia, the U.S., and the U.K. to better understand their deeper societal consequences.

Attempts to involve the public with migration policing speak to the patterns of inequality and social exclusion, and help create of a culture of suspicion in today’s society. Dr. Walsh’s research aims to address concerns about interethnic relationships within democratic societies and the harm these policies inflict without the proper checks.

Awarded a one-year, post-doctoral fellowship within the Social Science and Policy Forum. While in residence, Dr. Walsh attended weekly seminars and conducted research on immigration policy.

Society for the Advancement of Socio-Economics 25th Annual Meeting  University of Milan, Italy

From Border Control to Border Care: Humane Borders and the Political and Ethical Potentials of Countersurveillance

Representations of Crime and Justice

Long central to the exercise of sovereignty and symbolic power, border surveillance and policing are not only being amplified in the name of crime control and counter-terrorism, but exist as mass-mediated sources of fascination and entertainment. Interrogating Border Security: Australia’s Front Line as an example of the emergent genre of border-based reality television, this article examines the program’s cultural meanings and political functions. Through media spectacles that construct government authorities as heroic defenders protecting the nation from an array of external threats and fearful others, the program: legitimates state agendas; addresses anxieties associated with neoliberal globalization; and enrolls citizens as co-producers of national security. Accordingly, beyond representing, the program constitutes and prefigures the ‘reality’ of border enforcement, rendering it inevitable, necessary, and desirable.

From Nations of Immigrants to States of Transience: Temporary Migration in Canada and Australia International Sociology

This article analyzes temporary migration schemes in Canada and Australia. Unlike the bulk of affluent states, both countries eschewed guestworker programs for most of the twentieth century, embracing migrants as permanent settlers and future citizens. Acting within neoliberal templates of government, political officials have recently promoted temporary migration as a mechanism of labor market regulation. While valorized workers are extended opportunities to transition to permanent status, for less-skilled workers state-imposed legal categories and regulations are being employed to attenuate attachment to the receiving society and heighten their flexibility and tractability. This research argues such trends embody and extend transformations concerning the restructuring and globalization of labor markets, the regulatory profile of states, and nature and significance of citizenship.

To refine wholesale accounts of transnationalism, scholars have cited the amplification of border enforcement and immigration control. Whilst received analysis emphasizes multiple processes whether border militarization, mass deportation or the cross-deputization of local authorities, other trends remain unexplored. Employing the insights of scholarship on the diffusion and decentralization of policing and crime control, this work interrogates the enlistment of private individuals in official gatekeeping efforts. Drawing on relevant empirical examples – anonymous tip lines, voluntary immigration posses, border vigilantes, local anti-immigrant ordinances and other practices that compel, encourage and include societal participation – it assesses three modalities of citizen involvement: deputization, responsibilization and autonomization.

This paper analyzes the politics of mapping along the US–Mexico border to explore how humanitarian activists wield geospatial technologies in challenging border securitization. In addition to ‘bounding’ societies within delimited territorial zones, mapping technologies have recently been elevated to encompass observing, locating, and tracking mobile bodies—outcomes that, in the context of immigration control, have heightened the risk of clandestine border crossings and produced a sharp rise in migrant fatalities. As geospatial tools have been integrated into official gatekeeping strategies, activists have deployed them to protect migrants, promote mobility rights, and disrupt borders and the spatial, legal, and technical orders underpinning their materialization and enforcement. This case study considers the political implications of these interventions, and highlights how technologies traditionally aligned with state security and surveillance have been reappropriated in the service of transnational solidarity, recognition, and hospitality.

The Marketization of Multiculturalism: Neoliberal Restructuring and Cultural Difference in Australia Ethnic and Racial Studies

This article assesses the relationship between multiculturalism and neoliberalism, focusing on the Australian context. It analyses recent reforms concerning immigrant integration and cultural diversity, and argues that since the mid-1990s Australian multiculturalism has embodied three central components of state restructuring: heightened demands for sociocultural discipline and conformity; fiscal conservatism and the retrenchment of safety nets; and the promotion of economic competitiveness, flexibility and efficiency in global markets. In retracing the trajectory of Australian policy this analysis contributes to emerging literatures on multiculturalism, and the shifting nature of citizenship and government rationalities in the present neoliberal context.