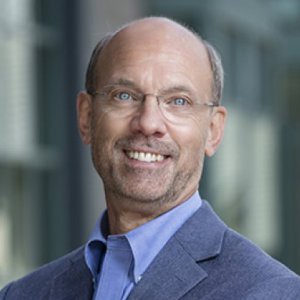 Prof. James Wilcox said that knowing recessions will probably happen isn't really that useful. “The word ‘cycle, ’ I think, conjures up the idea of something rather rhythmic, and therefore predictable,” Wilcox said. “And that’s not what we have.”

Investors are feeling pessimistic, but Prof. James Wilcox says Wednesday's inversion is not necessarily a red flag because long-term interest rates have been falling for some time. "The U.S. economy remains very strong," he said.

How Pressuring The Fed Could Backfire For Trump

In a live interview on Monday, Prof. James Wilcox, chair of the Haas Economic Analysis & Policy Group, said the Fed pays more attention to economic fundamentals than to movement in the stock market, and jealously guards its policy independence. "I think no Fed chairman, especially a recently installed Fed chairman, would want to be regarded as having bent to the pressures from the White House."

A look at the skyrocketing stock market and its sustainability

Jim Wilcox, Professor of Economics at UC Berkeley's Haas School of Business, says our low unemployment economy is strong, stable, broadly based and showing no signs of a bubble...

The same sector of the economy that has displaced and discouraged millions of American workers should get an extra tax break — for making investments to boost the productivity of workers who are on the downside of the “tech tilt.”

"So much of a spectacular person that she wasn't reappointed. She could have served a second term if the president had wanted it..." James Wilcox is professor of economics and finance at the Haas School of Business at the University of California. A close friend of chair Yellen. They enjoyed the occasional Chinese meal together. A little earlier he told me

Trump Wants Faster Growth. The Fed Isn’t So Sure.

"The thing that makes it relatively easy for the Fed is that fiscal policy usually takes a long time,” said James A. Wilcox, an economist at the University of California, Berkeley. “Financial markets don’t wait for all of that to happen, of course, but the actual spending and employment effects — they usually take a while to show up..."

MANY potential homebuyers who can afford to buy are instead waiting, worried that home prices will continue to decline. In its most recent quarterly survey, Fannie Mae reported a continuing decline in the fraction of renters and homeowners who think buying a home is a safe investment.

But there is a way to buy a home with less risk to one’s hard-earned cash: a down-payment protection plan.