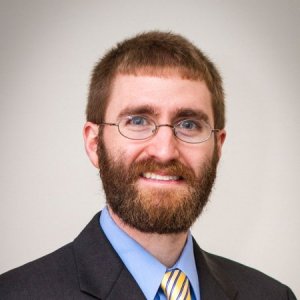 
James Motter brings over a decade of experience in taxation to the faculty at the Kelley School of Business at Indiana University.

After the first year of his MBA program, Professor Motter began a J.D. (Doctor of Jurisprudence) degree at the Indiana University Maurer School of Law. As a law student, Professor Motter had law internships at Barrett & McNagny LLP in Fort Wayne, and at Barnes & Thornburg LLP in Indianapolis. Upon graduation from law school, Professor Motter worked as a law clerk/Attorney-Adviser for a Judge at the United States Tax Court, in Washington, D.C. After his first year at the Court, he began an LL.M. (Master of Laws) degree in Taxation at Georgetown University, focusing on Corporate and International taxation. He feels both his work experience at the Court and his LL.M. coursework significantly enhanced his ability to analyze and teach difficult tax material.

As he neared completion of his LL.M., he received offers from both law firms and public accounting firms. Because he wanted to gain experience practicing as a tax lawyer, he ultimately decided to accept an offer from Baker & McKenzie LLP, an international law firm with a strong tax practice. He explains that tax is an interdisciplinary field in which both lawyers and accountants practice, but that lawyers and accountants generally perform different roles in the tax field: Accountants, of course, perform the bulk of any quantitative analysis involved in tax planning and compliance, while lawyers generally address any issues that involve difficult legal questions requiring expert analysis of legal sources, broader legal issues (e.g., corporate legal issues, criminal tax issues, etc.), or representation of taxpayers in judicial proceedings and certain administrative proceedings. Lawyers and accountants both provide valuable advice and professional service to taxpayers — with each group drawing from their specialized training to help taxpayers comply with tax rules and regulations and plan their affairs so as to achieve optimal tax results.