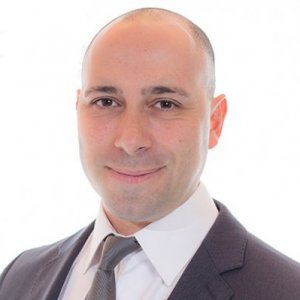 Distinguished human resources (HR) leader and labour relations expert Jamie Bruno values listening above all else for continuous improvement and the development of an unmistakable employee value proposition within an organization. Appointed Assistant Vice-President of Human Resources, he joins the University of Ontario Institute of Technology from North York General Hospital where he was Chief Human Resources Officer. In this role, he oversaw employee and labour relations, and led the development of the hospital’s executive compensation framework. He also led the redesign of its People Strategy and introduced improvements to evidence-based data collection by tracking and reporting employee demographics and staff mobility metrics to support HR strategies and planning.

Previously, he spent more than a decade in the Ontario Public Sector (OPS), where he shaped HR policy, and steered teams through labour relations issues and corporate employee relations. He served as Director of the Strategic Business Unit, and Manager, Human Capital Planning and Projects with the Ministry of Government Services (now Treasury Board Secretariat) where he led a diverse team to deliver human capital projects and solutions. During his time in the OPS, he was a member of negotiating teams for multiple rounds of collective bargaining; and directed HR planning on organizational design activities.

Nominated by every member of his team, Mr. Bruno received the 2014 OPS Excellence in Inspirational Leadership Award. As part of the labour relations team at the Ministry of Training, Colleges and Universities recognized for their collaborative working relationships with its bargaining units, he was honoured with the OPS Human Resources Award of Excellence in 2007. Most rewarding, however; are the pathways taken by the passionate and talented HR leaders Mr. Bruno has developed and mentored over the course of his career; many of whom have had a significant impact on others.

A thirst for problem solving and the desire to positively impact the outcomes of others in a meaningful way propelled Mr. Bruno’s post-secondary education. In 2003, he completed his Bachelor of Arts in Labour Relations at the University of Toronto, and in 2004, he earned his Master of Industrial Relations from Queen’s University. A 2013 graduate of The Niagara Institute’s Leadership Development Program, he has served as guest speaker of Queen’s University’s Advanced Human Resources and Organization Development Program.

Mr. Bruno was the only recipient of this award to be nominated by each member of his team.

Mr. Bruno received this award for his collaboration and co-operation in dealing with labour management issues, as part of a labour relations team.

Awarded by the Director of the School of Industrial Relations for his academic achievement.

Mr. Bruno was a member of the team during the four years he completed his undergraduate degree.

The University of Ontario Institute of Technology announces the appointment of Jamie Bruno as Assistant Vice-President, Human Resources (AVP HR), effective Monday, December 18. The AVP HR position will report to the university’s Provost.