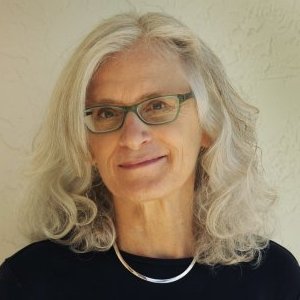 
Jane Caputi is an expert in contemporary American cultural studies, including popular culture, gender and violence, and ecofeminism.

Jane Caputi is professor of women, gender and sexuality studies at Florida Atlantic University. Caputi’s primary research is in contemporary American cultural studies, including popular culture, gender and violence, and ecofeminism. Caputi has written many articles and authored three books: The Age of Sex Crime; Gossips, Gorgons, and Crones: The Fates of the Earth; and Goddesses and Monsters: Women, Myth, Power and Popular Culture. She also has made two educational documentaries, The Pornography of Everyday Life (2006) and Feed the Green: Feminist Voices for the Earth (2015). In 2008 she curated the popular culture section of an exhibit “Political Circus 2008: Hating Hillary, Baiting Barak, and Pandering with Palin” and followed this up in 2016 with From (Castrating) Bitch to (Big) Nuts and Beyond: Political Sideshow 2016, co-curated with Adrienne Gionta. Both of these exhibits were sponsored by the Schmidt Galleries, Florida Atlantic University. Currently, she is writing a book, Call Your Mutha’: A Deliberately Dirty-Minded Manifesto for the Earth Mother in the Anthropocene, for an Oxford University Press series on “Heretical Thinking.”

Caputi was FAU’s Distinguished Teacher for 2001, and received FAU’s Research and Scholarly Activities award (Professor level) for 2005 and for 2012. In 2013, she was named “Feminist of the Year” by the Palm Beach County National Organization for Women (NOW). In 2016, she was named Eminent Scholar of the Year by the American Culture/Popular Culture Association.

According to Jane Caputi, professor at the Center for Women, Gender and Sexuality Studies at Boca Raton’s Florida Atlantic University, “one in six American women has been the victim of rape or attempted rape.” [...]

On the topic of resistance, Baby Soft’s reliance on equating girliness with sexiness did, of course, prove fertile ground for women’s studies classes and scathing feminist media critiques. In her 2004 book Goddesses and Monsters, Jane Caputi dissected that little-girl ad from the 70s, writing: The ad blatantly positions the young girl as a sex object and acknowledges that is her ‘innocence’ that makes her such a suitable erotic target. … It makes perfect pornographic sense. The ‘moralistic’ ethic puts chastity next to godliness and makes sex ‘dirty,’ defiling a supposed bodily and spiritual ‘purity.’ Sexual gratification of any kind then becomes all bound up not only with taboo violation, but also with defilement.

The Color Orange? Social Justice Issues in the First Season of Orange Is the New Black

2014 I regularly teach an interdisciplinary undergraduate class, “Introduction to Sexuality and Gender Studies” and it is not easy to find the right books to use. One needs not only a core, survey-type text, but also additional books that delve into specialty areas, simultaneously providing grounding in core definitions and theoretical concepts and putting them to a most interesting application. Gender, Branding and the Modern Music Industry is focused on female pop stars in the United States music industry. It is an ideal book for use in this class and I am sure it will be equally useful for others teaching courses with a U.S. focus in Communication and Multimedia, Women, Gender and Sexuality Studies, Popular Culture Studies and some Sociology and Marketing classes.

Hypatia A Journal of Feminist Philosophy

2009 The examination of cultural productions with nuclear themes reveals the regular recurrence of the theme of incestuous fatherhood. Connections include a nuclear-father figure, one who threatens dependents while purportedly protecting them; the desecration of the future; the betrayal of trust; insidious long-term effects after initial harm; the shattering of safety; the cult of secrecy, aided by psychological defenses of denial, numbing, and splitting (in both survivor and perpetrator); the violation of life-preservative taboos; and survival.