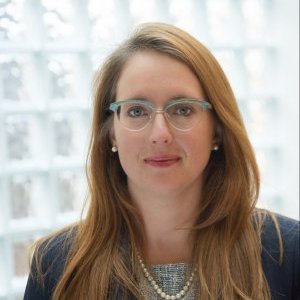 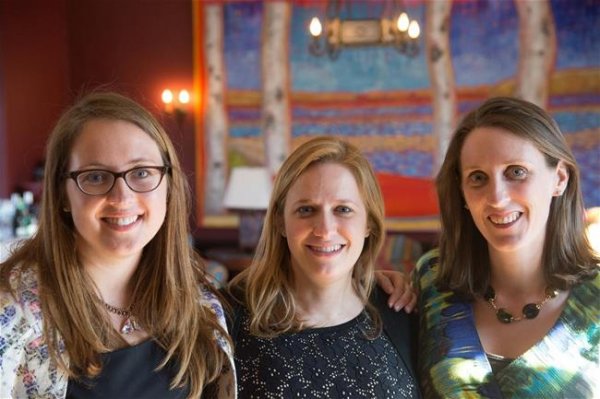 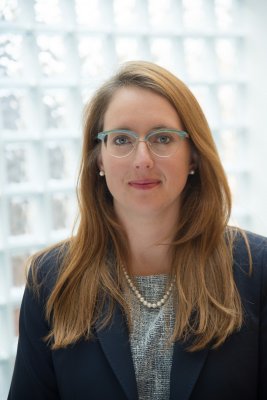 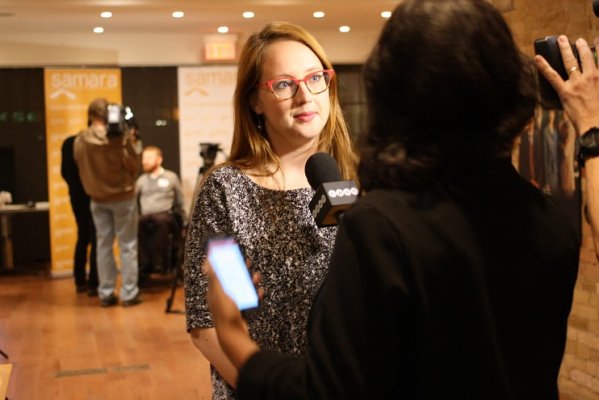 Jane works to bring Samara’s mission--to reconnect citizens to politics--to life. She frequently discusses Samara’s work in the media and with Canadians across the country. Her previous roles at Samara include Research Director, where she shaped Samara’s groundbreaking research that explores Canadians’ participation in democracy, how Members of Parliament do their jobs, and citizen perceptions of politics.

Jane joined Samara after working on Parliament Hill for both government and opposition MPs through the longstanding Parliamentary Internship Programme, a prestigious program for young professionals. She holds degrees from the School of Public Policy & Governance at the University of Toronto (MPP) and Queen’s University (BAH). Jane is also a Fellow of the Royal Canadian Geographical Society, which seeks “to make Canada better known to Canadians and the world.”

Originally from Camrose, Alberta, where she grew up on a family farm, Jane uses her marathon training to explore her new home, Toronto.

Jane Hilderman, executive director of Samara, a non-profit organization which conducted extensive exit interviews with 80 MPs for a book, Tragedy in the Commons, said in an interview many spoke of how stressful the transition to Ottawa is. “A lot of the advice for an incoming cohort of MPs was how to survive and thrive as an MP because it’s recognized as a very challenging job, especially if you’re leaving your family behind in your riding.” “It’s not a job for the faint of heart,” said Hilderman, adding that those who arrive in Ottawa are “very resilient people who are prepared to work very hard.”...

"One of these days it's going to happen and it will change the country. If young people show up to vote, it will change everything," Rick Mercer, a satirical Canadian political observer, told Metro Morning host Matt Galloway this past week.

Hilderman & Campbell: A chance to change the culture in Ottawa

The federal election is only in its first week and we already know that come Oct. 19, our Parliament is going to look a lot different — not because a new party is necessarily going to be in power, but because the new Parliament will feature one of the largest classes of new MPs in Canadian history.

The Trudeau government’s inaugural throne speech mentioned several aspects of the democratic reform file. The media’s attention has mostly been focused on ditching first-past-the-post elections and creating a new Senate appointment process. But they may be overlooking another urgently needed change: reforming and strengthening committees.

Is it time to make MPs pay for boorish behaviour in question period? Fines could improve decorum

“I realize that we’ve been around this block before,” Samara executive director Jane Hilderman said of the question period debate. She said it’s not something that will easily change and requires leaders, their parties and whips to commit to reform. And because existing rules — the Speaker’s ability to name and eventually boot offending MPs from the house or dock their party a question in the rotation — haven’t changed much, that’s why they started discussing something more extreme. Docking pay has proven an effective deterrent of bad behaviour in other fields, Hilderman said, so the authors thought it might be worth suggesting. It would be a global first, she admits, among Westminster parliaments. But that doesn’t mean it’s not worth trying, especially as heckling becomes much more than adding a quip or two in to “liven debate” — a common defence of unparliamentary behaviour...

"It's very important that politics be connected to their lives and that they see it already where they live, work and study," said Jane Hilderman, executive director of Samara. Hilderman said youth who had been contacted by a political party, be it through door-knocking, a phone call or social media, were 15 per cent more likely to cast a ballot in the 2011 federal election, than those who weren't. "If you see it and are experiencing an invitation then it begins to sink in that politics is something that is important," said Hilderman...

CitizenSpark No. 15: What will be the talk of your Thanksgiving table before the election?

In fact, according to Samara Canada, a charity that focuses on civic engagement, the social pressure created through simply discussing political issues is one of the top six reasons why people end up actually making the effort to go to a polling station and vote. “We take cues from those around us,” says Jane Hilderman, executive director of Samara. “Even talking about politics is a signal that this is something of value, and this is something worth engaging in.”...

"There's a lot of attention given to our elected officials and our institutions of government," said Jane Hilderman, Samara Canada's executive director. "They get a lot of media coverage and their public service is often celebrated, but those that work behind the scenes and are enhancing democracy in their own way often go unthanked for their efforts, and yet where would be without them?"...

Parliament preps for e-petitions to the House

Jane Hilderman, the Executive Director of Samara – a nonpartisan non-profit aimed at increasing civic participation – says it’s another way to make sure that “interest and engagement is facilitated beyond the ballot box,” referencing the higher turnout in the last election. Hilderman said it also shows that “parliaments can evolve and enhance their relevance,” and suggests everyone remain open-minded to making the process better over time. “That’s a new way of thinking about parliament,” she said, adding it’s often thought of as only based on tradition...

Parliamentary Reform: Where We’ve Been and Where We Might Be Going: Roundtable

2016 In May 2015, the Canadian Study of Parliament Group held a conference in Ottawa to discuss parliamentary reform initiatives of the past, present and future. In this roundtable, some of the presenters from that conference discuss reforms from recent ...

Representing Canadians : Is the 41st Parliament Still a Vertical Mosaic?

Canadian Democracy from the Ground Up: Perceptions and Performance

2014 Political power in Canada has been characterized as a “gendered vertical mosaic” in which members of majority groups hold more power than those of minority groups, and men prevail over women within both majority and minority groups (Abu-Laban 2002). In the House of ...