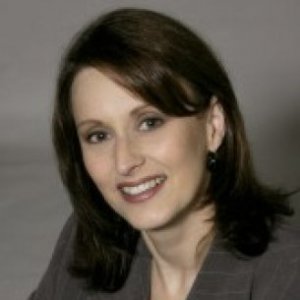 One of only seven Certified Professional Organizers® in Canada, Jane Veldhoven is a nationally recognized expert in her field. As owner of Get Organized! Professional Services, she works one-on-one with her busy professional clients helping them feel more in control at home and at work. She also leads training seminars on topics such as E-mail Productivity and Overcoming Procrastination.

Jane has been featured in a number of publications including Style at Home, East Cost Living and Saltscapes. She’s taught courses in organizing at the Nova Scotia Community College and is a facilitator for Professional Organizers in Canada (POC)teaching new organizers everything from how to market their business to how to set up a filing system for a client.

Jane has appeared on ATV’s Live at Five and has been a regular guest on CBC Radio’s Mainstreet. She writes a regular bi-weekly column in the Homes Section of The Chronicle Herald called ‘Streamline Your Stuff’.

Jane served a two-year term on the National Board of POC, serving as Director of Public Relations and is a founding member of the Nova Scotia Chapter. She is also a member of the Centre for Women in Business in Nova Scotia. In addition, she volunteers for numerous community organizations including Dress for Success and Junior Achievement, and has even been known to rescue the occasional stray cat!

Jane lives in a small but very tidy house in the west end of Halifax with her rock musician husband and three cats.

Achieved this designation in January 2008 through The Board of Certification for Professional Organizers (BCPO). One of only seven women in Canada.

“On behalf of The Steadfast Team I want to say "thank you" for a very informative Organizational & Time Management Course. You shared many ideas that will help us better organize our home, business & personal lives ~ Thanks for an afternoon of high-energy learning!”

“Thank you so much for the valuable information you shared with us at the "get organized " seminar. Your enthusiasm and passion was infectious. I have undertaken many of your suggestions and I already notice a feeling of calm with a bit more control. “

Down to 3 emails in my inbox!! This is a new world record for me!! Man does it feel goooooood!! Yours was probably the most helpful workshop of conference. Thank you so much!

Did You Know: Busy Executives Spend up to 6 Weeks Per Year Looking for Information? This seminar will guide you through the basics of becoming better organized. We will discuss the signs of disorganization and how this affects you. We will focus for a portion of the seminar on dealing with information both paper and electronic. Learn simple techniques and systems for clearing paper and managing tasks and becoming more efficient. Feel less stress, more in control and become more productive!