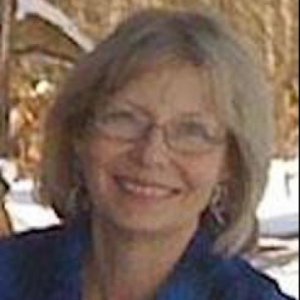 Janet de Merode brings over 25 years of experience working on problems of poverty in Africa and Asia to her current teaching and research in psychology. Of particular interest to her are methods to improve access of needy populations to health services and education. She formerly served as Director of the Population, Health and Nutrition Research Department of the World Bank; and prior to that, led teams responsible for public health and education investment in West Africa, from village to tertiary level. She has also worked on teams addressing pollution and clean power in China, promoting agro-industries development in India, and food security in Indonesia.

Educated at Northwestern and Johns Hopkins Universities, Janet worked briefly in daily print journalism before joining the World Bank as a microeconomist. After working in over 20 low-income countries, she became convinced that health and social justice—particularly of poor and disenfranchised populations—was underserved in public policy and research agendas, and that the new media technologies could bring innovative approaches. For example, she founded an internet-based company facilitating bulk procurement services for buyers and suppliers of basic medicines in developing countries.

Janet holds a PhD in psychology from Fielding Graduate University, with a concentration in media psychology, i.e., the impact of media on human behavior. She continues to serve as a consultant to various UN agencies and nonprofits working to address poverty and improve public health. From 2011–2013, she was Lead Faculty helping to create a PhD program in International Psychology at The Chicago School for Professional Psychology, Washington, DC campus. There she taught and mentored doctoral students in contemporary issues of mental health around the globe.

Janet is currently an APA Health Disparities Ambassador, and earlier served as a Behavioral and Social Science Volunteer for the CDC/APA Socioeconomic Status Related Cancer Disparities Program in the United States.

In addition to the use of technology and the Web 2.0 for social advocacy, Janet’s research interests include biculturalism, the lives of emigrants, sequelae of refugee children, and cross-cultural perspectives on ethics and health.

Janet is a dual citizen of the United States and Belgium, and lives in Washington, DC.

Psychological Well Being of Refugees

Use of Technology With Non- or Low-Literate Populations

Use of Media in Research

The Chicago School of Professional Psychology

Psi Chi (ΨΧ), the International Honor Society in Psychology, is dedicated to encouraging, stimulating, and maintaining excellence in scholarship, and advancing the science of psychology.

Awarded by the Republic of Mali in recognition of Dr. De Mode's contribution to the nation's development.

Supervised a doctoral student team, geomapping breast cancer screening and treatment disparities based on income in two contiguous communities of the Washington D.C. metropolitan area, Prince Georges and Montgomery Counties. The map was developed for use as an advocacy and fundraising tool by the Primary Care Coalition and NGO working to reduce these disparities.

(September, 2012) Led a doctoral student team in a phenomenological study, using qualitative methods to better understand the Occupy DC movement. This movement, part of a nationwide protest calling for economic and social justice, received extensive coverage in the media, but the core messages of the movement were not well understood. The study assessed the meaning, motivation and perception of the movement both internally by its participants (the Occupy-ers) and externally by its neighbors, the doctoral psychology students at the TCSPP-DC campus.

Inside media psychology: The story of an emerging discipline as told by a leading journal Oxford University Press

"This volume collects with precision essays from leading scholars on media psychology to present a comprehensive look at the foundations, history, methodology, contemporary issues facing the field... The book comprehensively covers classic areas of study for media scholars, including violence and sexuality, ethnic portrayals, and persuasion...This is a masterful volume that frames the field of study well."

For the remainder of this decade, the population of the developing world will grow enormously. Those of us engaged in fostering development have an imperative to pursue population stabilization. The 1994 International Conference on Population and Development in Cairo will offer a unique opportunity to address the population issue.