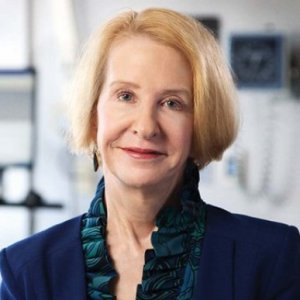 Professor of Psychiatry and Psychology, Director of the Institute for Behavioral Medicine Research | College of Medicine | The Ohio State University


Medical expert focused on the impacts of stress on metabolic response. 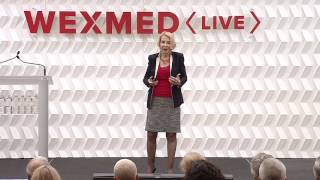 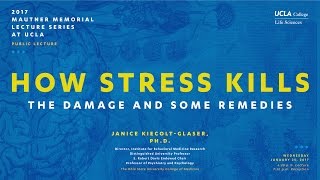 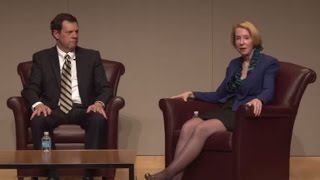 Professor Janice Kiecolt-Glaser, the Director of The Ohio State Institute for Behavioral Medicine Research, holds the S. Robert Davis Chair of Medicine in The Ohio State University College of Medicine; she also holds the title of Distinguished University Professor. Working in the area of psychoneuroimmunology, she has authored more than 250 articles, chapters, and books. Her studies have demonstrated important health consequences of stress, including slower wound healing and impaired vaccine responses; she has also shown that chronic stress substantially accelerates age-related changes in inflammation which is linked to some cancers, cardiovascular disease, type II diabetes, osteoporosis, arthritis, and frailty and function decline.  In addition, her work has focused on how personal relationships influence immune and endocrine function, and health. Her more recent work has demonstrated that stress and depression can alter metabolic and inflammatory responses to high-fat meals in ways that promote weight gain.

Most notable among her honors is her membership in the National Academy of Medicine of the National Academy of Sciences. In addition, she is a Fellow of the American Association for the Advancement of Science, as well as the American Psychological Association; she has received the Award for Outstanding Contributions to Health Psychology from the American Psychological Association's Division of Health Psychology twice, as well as the Developmental Health Psychology Award from the Divisions of Health Psychology and Adult Development and Aging. She is a past President of the Division of Health Psychology. The Psychoneuroimmunology Research Society gave her the Norman Cousins Award, and the American Psychosomatic Society gave her the Patricia A. Barchas award for outstanding contributions to the study of the impact of social behavior on physiology.  Her current Institute for Scientific Information h‐index of 72 (indexed under KiecoltGlaser and Kiecolt-Glaser) and her Google Scholar h‐index of 101 reflect the very high impact of her work. She is currently a member of the NCCIH Advisory Council and she has served on the editorial boards of 10 professional journals. In 2008, she received The Ohio State University's highest honor for scholars, appointment as a Distinguished University Professor.

Stress and inflammation in cancer survivors

Feeling Confused After Cancer? Yoga May Do the Trick

9 medical causes of a slow metabolism

Being overweight is a cause of insulin resistance and type 2 diabetes; and having type 2 diabetes is linked with problems losing weight. According to the National Institute of Diabetes and Digestive and Kidney Diseases, insulin helps the body use glucose for energy; if your body is "insulin resistant," your body's cells can't absorb the glucose, which results in high blood sugar. This may also trick your body into thinking your fully stocked with energy, so your metabolism slows down. Even if you're not diabetic, other factors, like stress, can raise your insulin levels. A study from Ohio State University's Wexner Medical Center found that among women who were asked to eat the same high-calorie meal, those who had reported being stressed out had higher levels of insulin. They burned 104 fewer calories—which could add up to 11 pounds a year! "This means that, over time, stressors could lead to weight gain," lead author Jan Kiecolt-Glaser, MD, a professor of psychiatry and psychology at Ohio State, said in a press release. Here are some simple steps to cut down on sugar cravings.

But a recent study conducted at the Ohio State University Wexner Medical Center in Columbus has demonstrated for the first time that stress can be harmful enough to women that it can actually counteract the benefits of eating well. The results of the study, published in the journal Molecular Psychiatry, were unexpected. “I’m a long-time stress researcher, so in some ways it takes quite a bit to surprise me,” said Janice Kiecolt-Glaser, lead author of the study and director of Ohio State University’s Institute for Behavioral Medicine. “But this did surprise me.”

Stress has the effect of reducing the benefits of eating healthier fats, as a study identifies its impact and links to diet and inflammation.

If you're stressed, you won't benefit from eating "healthy" foods like avocado, study says

Love salmon and avocados? You might not reap the benefits of those thoughtful healthy dinners if you come home anxious or stressed, a new study has found. Your stress levels may interfere with how you metabolize foods. A study from Ohio State University reveals that stress negates the benefits of eating some healthy fats. The study: Fifty-eight women with an average age of 53 were served biscuits and gravy for breakfast during two visits to the OSU lab. During one visit, the women consumed biscuits with traditional gravy and during the second, they had biscuits in gravy prepared with monosaturated sunflower seed oil, a source of oleic acid, a healthy fat. The study was a double-blind randomized trial. Researchers used a structured questionnaire to evaluate which women were depressed or under stress. They also took blood samples to look for biomarkers of inflammation before and after each meal. "They're not life-shattering events, but they're not of the hangnail variety either," study lead author Jan Kiecolt-Glaser, a professor of psychiatry and psychology at Ohio State University, told OSU News. Stressors related to life events, like caring for a parent with dementia, might cause stress, OSU News noted.

That’s why your Instagram is full of smashed avocado toasts on a Saturday morning, rather than (far more delicious and hangover-friendly) English breakfasts. However, a new study by Ohio State University has found that these sorts of ‘clean’ options might not be the cure-all solution we’ve sometimes been led to believe. Researchers fed 58 women different fat-based breakfasts and measured their stress levels before each meal. Both groups were given ‘biscuits-and-gravy’ (a traditional American breakfast which looks like scones in meaty sauce).

Can stress really make us sick?

Hormones biologically express our emotions, says Jan Kiecolt-Glaser, a psychologist at the Ohio State University College of Medicine and a pioneer in this field. Stress hormones are part of the “fight or flight” response that primes your body for battling a saber-toothed predator or avoiding a car crash. “But if stress is chronic every day, pumping out hormones without any escaping or fighting, then it’s not good for your immune system,” impairing its response to infection, Kiecolt-Glaser says. And Americans’ chronic stress isn’t going away...

Is Marriage Good for Your Health?

Some of today’s most interesting research on the relationship between marriage and health is being led by a pair of researchers at Ohio State University College of Medicine. The duo, Ronald Glaser and Jan Kiecolt-Glaser, are also, fittingly, married to each other. Glaser and Kiecolt-Glaser’s scholarly collaboration has its roots in a chance encounter during a faculty picnic in October 1978 on the Ohio State campus. Glaser, who is a viral immunologist, spotted an attractive woman standing with members of the psychiatry faculty. Although their eyes met only briefly, he caught a glimpse of her name tag. Intrigued, he tried to track her down, calling the psychiatry department chairman to ask if he knew a petite blonde on staff with a name like “Pam Kiscoli.” The department chairman figured out that Glaser was talking about a new assistant professor named Jan Kiecolt. Glaser and Kiecolt eventually met for lunch at the university’s hospital cafeteria. They married a year later, in January 1980...

Jan Kiecolt-Glaser, a professor of psychiatry and psychology, and Martha Belury, a professor of human nutrition, found that when under stress, your body processes fat differently. In their study, the researchers gave one group of women a breakfast containing saturated fat (“bad fat”), and another group an identical breakfast containing monounsaturated sunflower oil (“good fat”). They also gave the groups a survey to determine their stress levels. After participants ate the breakfast, their blood was examined for the presence of substances that can lead to inflammation and plaque buildup, both of which can open the door for disease. Inflammation is especially important, as it has been identified as a contributing factor to heart disease, diabetes and rheumatoid arthritis.

he double-whammy of marital hostility and a history of depression can increase the risk for obesity in adults by altering how the body processes high-fat foods, according to new research. In the study, men and women with a history of depression whose arguments with spouses were especially heated showed several potential metabolic problems after eating a high-fat meal. They burned fewer calories and had higher levels of insulin and spikes of triglycerides – a form of fat in the blood – after eating a heavy meal when compared to participants without these risk factors.

A new study in women suggests that experiencing one or more stressful events the day before eating a single high-fat meal can slow the body’s metabolism, potentially contributing to weight gain. Researchers questioned study participants about the previous day’s stressors before giving them a meal consisting of 930 calories and 60 grams of fat. The scientists then measured their metabolic rate – how long it took the women to burn calories and fat – and took measures of blood sugar, triglycerides, insulin and the stress hormone cortisol. On average, the women in the study who reported one or more stressors during the previous 24 hours burned 104 fewer calories than nonstressed women in the seven hours after eating the high-fat meal – a difference that could result in weight gain of almost 11 pounds in one year.

Omega-3 Supplements May Slow A Biological Effect of Aging

aking enough omega-3 fatty acid supplements to change the balance of oils in the diet could slow a key biological process linked to aging, new research suggests. The study showed that most overweight but healthy middle-aged and older adults who took omega-3 supplements for four months altered a ratio of their fatty acid consumption in a way that helped preserve tiny segments of DNA in their white blood cells. These segments, called telomeres, are known to shorten over time in many types of cells as a consequence of aging. In the study, lengthening of telomeres in immune system cells was more prevalent in people who substantially improved the ratio of omega-3s to other fatty acids in their diet. Omega-3 supplementation also reduced oxidative stress, caused by excessive free radicals in the blood, by about 15 percent compared to effects seen in the placebo group.