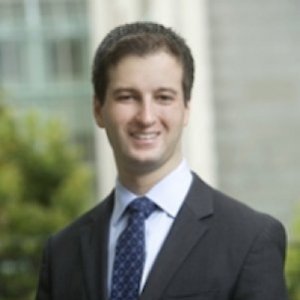 Professor Jared A. Ellias joined the UC Hastings faculty in the Fall of 2014, after serving as a lecturer and teaching fellow at Stanford Law School. Prior to joining Stanford Law School, Professor Ellias was an associate in private practice at Brown Rudnick LLP in New York, where he represented financial institutions and ad hoc and statutory creditor committees in corporate restructuring transactions, both in and out of bankruptcy court. He has trial experience in the Bankruptcy Courts of the District of Delaware, the Western District of Louisiana and the Southern District of New York.

Professor Ellias received his J.D. from Columbia Law School in 2008 and his A.B. from the University of Michigan in 2005.

UC Hastings College of the Law is pleased to announce that Professor Jared Ellias will join the full-time faculty, effective July 1, 2014, as a tenure-track Associate Professor. Ellias’s course offerings will add strength in curricular areas, such as business and commercial law, that are critical to preparing students for the practice of law in the changing markets they will face upon graduation. His broad research and teaching interests enhance UC Hastings’s strength in this critical area...

In recent years, hedge funds and other activist investors that specialize in bankruptcy investing have emerged as important players in virtually every large Chapter 11 case. These activist investors buy junior claims and deploy aggressive litigation tactics to gain influence in the restructuring process. The consensus among bankruptcy lawyers is that this behavior has had a negative effect on Chapter 11. Junior activists are considered by many to be out of the money rent seekers that try to extract hold-up value from senior creditors, increasing the administrative costs of bankruptcy and reducing the ultimate recovery of creditors. Junior activists, however, believe they counter the perverse incentives of managers of Chapter 11 debtors. Chapter 11 leaves managers in control of the bankruptcy process and requires them to maximize creditor recoveries. In performing this duty, managers face moral hazard. If the firm is reorganized in a transaction that is appraised at a discount to the firm’s true value, managers and senior creditors can profit at the expense of junior claimants. Junior activists claim they intervene to stop managers and senior creditors from extracting value from junior claimants. In this paper, I perform the first empirical study of junior activism. I develop a new methodology that measures junior activism and I use it to study a hand-collected dataset of large firms filing for Chapter 11 in 2009 and 2010. I find that junior activism is correlated with an increase in the appraised value of the restructuring transaction, supporting the view of junior activists that they constrain management’s ability to extract value from junior claimants by underappraising the firm. Although there is some evidence of cost increases associated with junior activism, these increases are small in relation to the potential benefits of junior activism. The results undermine the consensus view of junior activism and suggest that junior activists promote the bankruptcy policy goals of maximizing creditor recoveries and distributing the firm’s value in accordance with the absolute priority rule.

Baird and Casey recently argued in favor of contractual innovations that allow lenders to contract around bankruptcy law. These innovations, which they call withdrawal rights, are said to increase the efficiency of financing in many cases, and Baird and Casey urge judges to enforce them. This brief Essay uses a case study of a Chapter 11 bankruptcy where withdrawal rights were enforced by operation of foreign law to challenge Baird and Casey's assumptions. The case study suggests that managers may lack a full understanding of how their actions ex ante affect bankruptcy outcomes. Substantial changes for managerial behaviour and corporate regulation may be needed to allow managers and investors to utilize withdrawal rights when doing so would enhance the efficiency of financing.