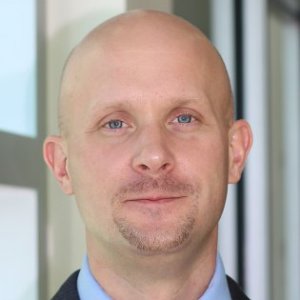 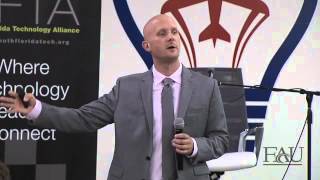 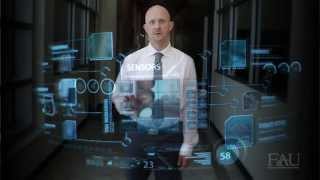 Jason Hallstrom is director of FAU's I-SENSE program, and a professor in the Department of Computer and Electrical Engineering and Computer Science at FAU.

The Internet of Things

In downtown West Palm, your mobile device will now tell officials where you went and how you got there

Jason Hallstrom, professor in FAU’s Department of Computer and Electrical Engineering and Computer Science, explained how the MIP works. Personal devices, such as cell phones, Fitbits, and Apple watches “are constantly looking to connect to a network.,” Hallstrom said. “As we walk through the city, those devices are sending out something that you can imagine as a hello message. So, it’s hello, looking for an opportunity to connect to a network. Any mobile device will be captured.”

Where are you going? Cell phone-signal tracking proposed of public’s downtown visits

“It provides a very powerful streetscape analytics tool” to gather “hyper-local” information of value to residents, merchants and the public, said Jason Hallstrom, professor in FAU’s Department of Computer and Electrical Engineering and Computer Science, who spelled out details of what would be a joint project of the city and university.

Small wireless computing devices, ranging from the size of a matchbox to the size of a dime are going to change the way Florida monitors its water quality, sea level rise, hurricanes, agriculture, aquaculture, and even its aging senior population. The types of sensing devices developed by computer scientist Jason Hallstrom, Ph.D., who recently joined Florida Atlantic University, can collect information about the surrounding environment and transmit that information to cloud-based computing systems that store, analyze and present that information to educators, researchers and decision-makers. Deployable at massive scales, the technology represents a paradigm shift in how our world is observed and managed.

2017 As a popular routing protocol in wireless sensor networks (WSNs), greedy routing has received great attention. The previous works characterize its data deliverability in WSNs by the probability of all nodes successfully sending their data to the base station. Their analysis, however, neither provides the information of the quantitative relation between successful data delivery ratio and transmission power of sensor nodes nor considers the impact of the network congestion or link collision on the data deliverability. To address these problems, in this paper, we characterize the data deliverability of greedy routing by the ratio of successful data transmissions from sensors to the base station. We introduce n-guaranteed delivery which means that the ratio of successful data deliveries is not less than n, and study the relationship between the transmission power of sensors and the probability of achieving n-guaranteed delivery. Furthermore, with considering the effect of network congestion, link collision, and holes (e.g., those caused by physical obstacles such as a lake), we provide a more precise and full characterization for the deliverability of greedy routing. Extensive simulation and real-world experimental results show the correctness and tightness of the upper bound of the smallest transmission power for achieving n-guaranteed delivery.

ICSE '04 Proceedings of the 26th International Conference on Software Engineering

2004 Design patterns provide guidance to system designers onhow to structure individual classes or groups of classes, aswell as constraints on the interactions among these classes,to enable them to implement flexible and reliable systems.Patterns are usually described informally. While such informaldescriptions are useful and even essential, if we wantto be sure that designers precisely and unambiguously understandthe requirements that must be met when applyinga given pattern, and be able to reliably predict the behaviorsthe resulting system will exhibit, we also need formalcharacterizations of the patterns.In this paper, we develop an approach to formalizing designpatterns. The requirements that a designer must meetwith respect to the structures of the classes, as well as withrespect to the behaviors exhibited by the relevant methods,are captured in the responsibilities component of the patternýsspecification; the benefits that will result by applyingthe pattern, in terms of specific behaviors that the resultingsystem will be guaranteed to exhibit, are captured in therewards component. One important aspect of many designpatterns is their flexibility; our approach is designed to ensurethat this flexibility is retained in the formalization ofthe pattern. We illustrate the approach by applying it to astandard design pattern.