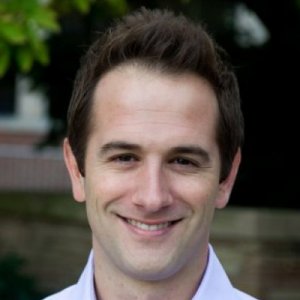 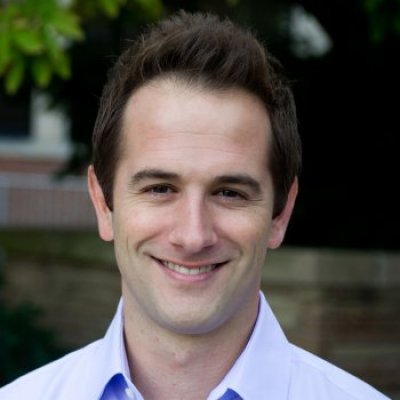 Mental health experts applaud Markle's candidness. "Although the pressure to be 'normal' and perfect is so great for someone like Meghan Markle, the impact of her showing that vulnerability to the world could be huge," Jason Moser, a professor of psychology at Michigan State University, tells Yahoo Life. Moser says, the more people like Markle share their own struggles with mental health, "the more it becomes acceptable for others to come forward and get the care they need." Moser is hopeful that Markle's revelations can help chip away at mental health stigmas. “It needs to be OK for people to share their struggles and get the care they need," he says. "It's OK to struggle and make mistakes and have problems. The more we accept this truth, the more we'll be able to move forward in so many ways."

Why you should talk to yourself in the third person

One of the most intriguing aspects of distanced self-talk is that as a strategy for emotional regulation, it seems to take very little effort. In brain imaging studies in collaboration with Jason Moser, a Michigan State University associate professor of psychology, Kross and his colleagues found that not only did third-person inner talk reduce emotional overwhelm, but the brain areas associated with cognitive control weren’t sent into overdrive. “Third-person self-talk may constitute a relatively effortless form of self-control,” they wrote in the paper, published in Nature Scientific Reports in 2017.

“Essentially, we think referring to yourself in the third person leads people to think about themselves more similar to how they think about others, and you can see evidence for this in the brain,” explains MSU associate professor of psychology Jason Moser. “That helps people gain a tiny bit of psychological distance from their experiences, which can often be useful for regulating emotions.”...

How Journaling Can Help You Stop Worrying

It may sound counterintuitive—the fact that dwelling on your biggest fears, and literally putting them into words, can help you feel better and focus in on the task at hand. “But if you get these things out of your head and put them down on paper, it externalizes them and frees up your mind to think about other things,” says study co-author Jason Moser, director of Michigan State University’s Psychophysiology Lab...

11 Habits Of People Who Never Worry

However, worry is rarely productive -- "it's something we do over and over again, without much resolution, and it's typically of the worst-case scenario of the future," explains Jason Moser, Ph.D., an assistant professor in the Department of Psychology at Michigan State University, who has conducted studies on worry...

Jason Moser, the lead author of the study, said the findings may ultimately help mental health professionals determine which girls may be prone to anxiety problems such as obsessive compulsive disorder and anxiety. "This may help predict the development of anxiety issues later in life for girls," Moser said in a statement. "It's one more piece of the puzzle for us to figure out why women in general have more anxiety disorders."...

The Art of Failing Successfully

Bob Dylan once declared that "there's no success like failure." At first glance, this line makes no sense: Success is the opposite of failure. Or is it?...

Cognitive control in anxiety: The role of ovarian hormones

Neurobehavioral liabilities of precursive risk for SUDs in children

2017 The error-related negativity (ERN), an ERP elicited immediately after errors, is enlarged among individuals with anxiety. The relationship between anxiety and enlarged ERN has spurred interest in understanding potential therapeutic benefits of decreasing its amplitude within anxious individuals. The current study used a tailored intervention—expressive writing—in an attempt to reduce the ERN among a sample of individuals with chronic worry. Consistent with hypotheses, the ERN was reduced in the expressive writing group compared to an unrelated writing control group. Findings provide experimental support that the ERN can be reduced among anxious individuals with tailored interventions. Expressive writing may serve to “offload” worries from working memory, therefore relieving the distracting effects of worry on cognition as reflected in a decreased ERN

2016 Does silently talking to yourself in the third-person constitute a relatively effortless form of self control? We hypothesized that it does under the premise that third-person self-talk leads people to think about the self similar to how they think about others, which provides them with the psychological distance needed to facilitate self control. We tested this prediction by asking participants to reflect on feelings elicited by viewing aversive images (Study 1) and recalling negative autobiographical memories (Study 2) using either “I” or their name while measuring neural activity via ERPs (Study 1) and fMRI (Study 2). Study 1 demonstrated that third-person self-talk reduced an ERP marker of selfreferential emotional reactivity (i.e., late positive potential) within the first second of viewing aversive images without enhancing an ERP marker of cognitive control (i.e., stimulus preceding negativity). Conceptually replicating these results, Study 2 demonstrated that third-person self-talk was linked with reduced levels of activation in an a priori defined fMRI marker of self-referential processing (i.e., medial prefrontal cortex) when participants reflected on negative memories without eliciting increased levels of activity in a priori defined fMRI markers of cognitive control. Together, these results suggest that third-person self-talk may constitute a relatively effortless form of self-control.

Sex moderates the association between symptoms of anxiety, but not obsessive compulsive disorder, and error-monitoring brain activity: A meta-analytic review

2016 Sex differences in cognition and emotion are particularly active areas of research. Much of this work, however, focuses on mean-level differences between the sexes on cognitive and/or emotional variables in isolation. In this article, we are primarily concerned with how sex affects associations between cognition and emotion, or cognitionemotion interactions. Specifically, the purpose of this paper is to shed light on a gap in our understanding of how sex affects the relationship between error monitoring, a core component of cognitive control, and anxiety. Using metaanalysis, we show that the relationship between symptoms of anxiety and a neurophysiological marker of error monitoring—the error-related negativity (ERN)—is significantly greater in women than men such that women, but not men, with higher levels of anxiety show a larger ERN. This sex difference held true across studies of anxiety-specific symptoms but not studies of obsessive-compulsive symptoms. These findings underscore the need to consider sex in studies of anxiety and the ERN as well as support growing evidence indicating that obsessive-compulsive problems are distinguishable from other anxiety-specific problems across multiple levels of analysis. Overall, we conclude that ignoring sex in studies of cognition-emotion interactions is unacceptable. Rather, future research that continues to tackle questions related to sex differences in associations between cognition and emotion will more likely lead to advancements in basic and applied sciences of relevance to health and human behavior.

On the relationship between anxiety and error monitoring: a meta-analysis and conceptual framework

2013 Research involving event-related brain potentials has revealed that anxiety is associated with enhanced error monitoring, as reflected in increased amplitude of the error-related negativity (ERN). The nature of the relationship between anxiety and error monitoring is unclear, however. Through meta-analysis and a critical review of the literature, we argue that anxious apprehension/worry is the dimension of anxiety most closely associated with error monitoring. Although, overall, anxiety demonstrated a robust, “small-to-medium” relationship with enhanced ERN (r = −0.25), studies employing measures of anxious apprehension show a threefold greater effect size estimate (r = −0.35) than those utilizing other measures of anxiety (r = −0.09). Our conceptual framework helps explain this more specific relationship between anxiety and enhanced ERN and delineates the unique roles of worry, conflict processing, and modes of cognitive control. Collectively, our analysis suggests that enhanced ERN in anxiety results from the interplay of a decrease in processes supporting active goal maintenance and a compensatory increase in processes dedicated to transient reactivation of task goals on an as-needed basis when salient events (i.e., errors) occur.

2011 How well people bounce back from mistakes depends on their beliefs about learning and intelligence. For individuals with a growth mind-set, who believe intelligence develops through effort, mistakes are seen as opportunities to learn and improve. For individuals with a fixed mind-set, who believe intelligence is a stable characteristic, mistakes indicate lack of ability. We examined performance-monitoring event-related potentials (ERPs) to probe the neural mechanisms underlying these different reactions to mistakes. Findings revealed that a growth mind-set was associated with enhancement of the error positivity component (Pe), which reflects awareness of and allocation of attention to mistakes. More growth-minded individuals also showed superior accuracy after mistakes compared with individuals endorsing a more fixed mind-set. It is critical to note that Pe amplitude mediated the relationship between mind-set and posterror accuracy. These results suggest that neural mechanisms indexing on-line awareness of and attention to mistakes are intimately involved in growth-minded individuals’ ability to rebound from mistakes.