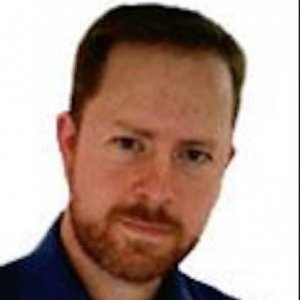 Jay Dill earned a degree in social psychology from the University of Missouri-Columbia in 1997. He teaches courses in the areas of consciousness studies, social and health psychology, research methods, statistics and introductory psychology, and has published in the areas of motivation, attribution, social inference, and aggression.

His current interests focus on the neural correlates of the meditative state along with neurostimulation and neurofeedback techniques toward enhancing the meditative process.

Philosophical Topics such as Self and Free Will

If you're like me, it doesn't take much time looking at a cloud to see a duck or at the irregular grain of wood to see a face. In fact, one of the most basic perceptual principles is the gestalt effect (link is external): the grouping of elements together into a familiar, whole form rather than a collection of separate parts...

Consider an illusion that has the benefit of being unbelievable each time you see it, no matter how many times that is. In the Checkerboard Illusion, the squares labeled A and B are the same color, same shade, same hue, same everything...

A speech intensive format for teaching courses in psychology

The effect of emotional valence on the multiplicity of inferences

(October, 2000) This scene is all too typical of what is happening nightly in homes across America. The Duke Nukem 3D video game is the 11th most popular selling PC video game of all time (PC Data Top Games of 1999, 2000). Forty-nine percent of children have a video game player or computer in their bedrooms. Griffith and Hunt reported that 98.7% of the adolescents they studied were video game players...

Loneliness, shyness, and depression: The etiology and interrelationships of everyday problems in living

The Interactional Nature of Depression: Advances in Interpersonal Approaches

Video game violence: A review of the empirical literature

(1999) The popularity of video games, especially violent video games, has reached phenomenal proportions. The theoretical line of reasoning that hypothesizes a causal relationship between violent video-game play and aggression draws on the very large literature on media violence effects. Additionally, there are theoretical reasons to believe that video game effects should be stronger than movie or television violence effects...

Social evaluation influence on cardiovascular response to a fixed behavioral challenge: Effects across a range of difficulty levels

(December, 1998) Participants performed five memory tasks—ranging in difficulty from very low to very high—under public or private conditions. The publicity and difficulty variables interacted to determine systolic pressure and heart rate responses during performance. Where performance was public, responsiveness on the parameters increased with difficulty to a point and then dropped; where performance was private, responsiveness was relatively low at all difficulty levels. Diastolic pressure responses were configured similarly, although in that case the interaction was not reliable. Findings corroborate and extend results from a previous study, argue against some explanations of those results, and strengthen the case for a recent active coping analysis of cardiovascular audience effects. Findings also strengthen the case for a broader model of effort and cardiovascular response, which has potential for advancing our understanding of a range of phenomena and processes related to behavior and health.

(September, 1996) Numerous models of the social inference process have been proposed, but research has not specifically investigated the order in which dispositional and situational information is considered. A paradigm was developed to investigate when people think dispositionally and when they think situationally...

Behavioral and characterological attributional styles as predictors of depression and loneliness: Review, refinement, and test

(March, 1994) The literature on self-blame and depression reveals 2 interrelated problems. First, although R. Janoff-Bulman's (see record 1981-01320-001) conceptualizations of self-blame are clear, empirical operationalization is difficult and has resulted in approaches that do not capture the richness of the constructs. Second, past research has produced inconsistent findings. A comprehensive literature review revealed that the inconsistencies are related to the method of assessing attributions...