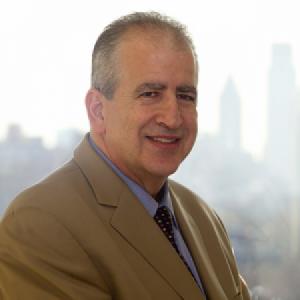 
Rappaport is an expert in HIV/AIDS and nonhuman primate models of diseases in biomedical research.

The center’s research focuses on finding cures, treatments and preventions for infectious diseases including HIV/AIDS, Lyme disease, malaria and tuberculosis. The center also has strong programs in regenerative medicine that use vector-based gene therapies and stem cell-based interventions for genetic and acquired diseases.

TNPRC is part of a national network of seven federally funded National Primate Research Centers. It employs 300 scientists, staff and animal care workers on a campus located on 500 acres of land in Covington, Louisiana.

Record number of monkeys being used in U.S. research

"I think the numbers are trending up because these animals give us better data. … We need them more than ever,” says Jay Rappaport, director of the Tulane National Primate Research Center in Covington, Louisiana, which houses about 5000 monkeys.

The center employs 300 scientists, staff and animal care workers on 500 acres. Director Jay Rappaport said the renewal “is quite an accomplishment, and funded at its highest level ever.”

HIV Cure Strategists: Ignore the CNS at Your Patients’ Peril

2018 Early in the AIDS epidemic numerous investigators determined that central nervous system (CNS) disorders including dementia, were common among persons infected with HIV. Moreover, it has been established that infected persons without clearly identified dementia can have mild HIV associated neurological disorders (HAND) [1]. HIV can be identified within cerebrospinal fluid (CSF) of almost all HIV-infected persons not receiving antiretroviral therapy (ART) and postmortem brain tissues have readily detectable viral expression primarily within resident microglial cells and macrophages [2, 3] Furthermore, in patients with undetectable viral load in both plasma and CSF, HIV DNA was detectable in all subjects in brain autopsy tissue [4]. Further, experimental animal models where CD4+ T cells are depleted or absent emphasize the importance of the macrophage reservoir [5, 6]. Thus, it is somewhat surprising that the CNS as an important reservoir in persons receiving treatment remains hotly debated.

2018 Opioid drug abuse is an important and increasing problem, and appears to contribute significantly to HIV pathogenesis, including HIV associated CNS disorders. In the paper appearing in this issue from Dr. Joan Berman’s laboratory, “Buprenorphine decreases CCL2-mediated migration of CD14+CD16+ monocytes,” the authors present novel findings demonstrating the ability of Buprenorphine, a drug used therapeutically to treat addiction, to prevent steps involved in transmigration of CD14+/CD16+ monocytes. Such monocytes, although normally relatively infrequent and having a more mature phenotype, have been implicated in the pathogenesis of HIV associated neurological disorders, as well as several other inflammatory conditions including atherosclerosis/cardiovascular disease, rheumatoid arthritis, Crohn’s disease, metabolic syndrome. Here the authors demonstrate the ability of buprenorphine to reduce binding, transmigration, and chemotaxis of CD16+ monocytes in response to CCL-2, via a process that appears to reduce binding of monocytes to endothelial cell ICAM-I, as well as reduced association of the CCL-2 receptor, CCR2, with the protein FROUNT. As pointed out by the authors, these results support the notion that buprenorphine may have an additional benefit beyond addiction control, namely the treatment of disorders where monocyte/macrophage invasion and inflammation may be involved in diseases pathogenesis. This paper also opens additional avenues for investigation regarding the mechanism whereby buprenorphine disrupts or prevents the interaction of FROUNT with CCR2. This could result from decreased recycling of CCR2 receptors, previously noted as a consequence of buprenorphine treatment, although the rapidity of the effects in vitro would seem to argue this mechanism.1 Alternatively, buprenorphine may induce destabilization of FROUNT, and/or CCR2, and thereby decrease FROUNT:CCR2 interactions. These interactions normally result in CCR2/FROUNTclustering at the leading cell surface and likely represent an important step in the migration process. The mechanism whereby buprenorphine negatively impacts the association of CCL2 and FROUNT is unknown and may further affect the process of oligomerization and clustering between FROUNT:CCL2 complexes.

2016 Major depressive disorder (MDD) is the most common psychiatric disorder representing a leading cause of disability worldwide. The clinical and financial burdens of depression go well beyond the neuropsychiatric manifestations, particularly when considering the comorbid conditions of advanced ageing, inflammation, metabolism and obesity. These comorbid conditions appear to arise from common mechanisms of pathogenesis, rather than the symptomatology of depression, as supported by epidemiologic studies, as well as the pathogenic mechanisms involved in these diseases, where stress and inflammation promote both Major Depressive Disorder (MDD) and accelerated aging. The paper by Iwata et al. (1), in this issue, presents novel findings with importance to our understanding of the mechanism whereby psychological stress induces inflammation, depression, as well as associated comorbidities including cardiovascular disease, diabetes, obesity, pain, psoriasis, inflammatory bowel disease, and cancer (2). The authors of this work have previously proposed an “inflammasome hypothesis” through which the protein complex known by this name is responsive to both pathogens as well as cell damage and stress, including the sensing of extracellular ATP (3). Through the induction of the inflammasome cascade, psychological stress has been proposed to promote both depression as well as peripheral comorbid conditions (3). The work presented here provides important new data in an animal model in further support of the inflammasome hypothesis demonstrating first, that psychological stress induces the release of extracellular ATP, and furthermore, the interaction of extracellular ATP with purinergic type 2X7 receptor mediates the activation of the NLRP3 inflammasome cascade, with the resultant release of IL-1β and further activation of Tumor Necrosis Factor alpha (TNFα). The results presented in this article also further support the conclusions of previous in vivo studies by this same group demonstrating the role of P2X7 receptor antagonists in modulating responses to stress and associated depression (3).