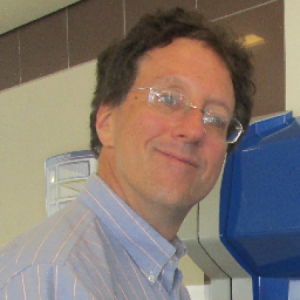 
Research and data collection expert, focusing on the wealth and income of Americans 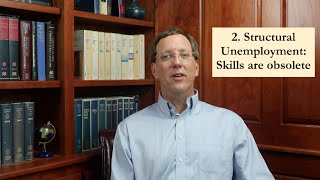 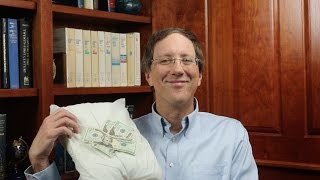 Jay Zagorsky is an economist and research scientist at The Ohio State University. He has expertise in personal finance, macroeconomics and health economics.

Jay’s research on personal financial topics has looked at many subjects. For example, his research has looked at if you have to be smart to become rich, calculated the impact of divorce on wealth, how much people spend of their inheritances, how long it takes to financially recover from bankruptcy, and understanding how couples perceive the family’s finances among many topics.

Jay has spent years investigating and teaching about macroeconomic issues: His textbook “Business Macroeconomics” covers all aspects of global and national economies. He is able to explain recessions, depressions and other business cycle topics issue. He is also an expert in clarifying for readers changes in the labor market, inflation and GDP.

Jay’s research in health economics has shown that the Freshman 15, the dreaded weight gain during the first year of college is actually a myth. He found that smoking hurts wealth just like it hurts health. His work shows that all types of people -- the rich, the poor and the middle class --
eat fast food. He also tracked the number of women on maternity leave and found that since the 1990s the number has stalled. He has written a number of papers on the impact of obesity in US society and found evidence that food stamp usage is linked to weight gain.

Jay is one of Ohio State’s most widely read bloggers, with numerous in pieces the The Conversation and his own blog. He also has his own YouTube channel called the “The Eclectic Economist.” Beyond his research, Jay has taught approximately 100 courses to about 7,000 students.

An Ohio State study found that divorce decreases wealth by an average of 77 percent. Jay Zagorsky, the study's author, counseled: "If you really want to increase your wealth, get married and stay married. On the other hand, divorce can devastate your wealth." ...

How workers – not companies – are bearing the growing burden of government

Tax day is here once more, and tens of millions of Americans will rush to file their income taxes by this year’s deadline of April 18 (rather than April 15 for a variety of reasons)...

'Cinderella Experience' being offered for prom goers Thursday in Spotsylvania

“Proms should not just be for the elite,” said Jay Zagorsky, economist and research scientist at The Ohio State University in the 2015 Fortune story...

Why higher interest rates should make you happ

The Federal Reserve just lifted short-term interest rates a quarter point and signaled that more hikes are to come over the course of the year. The Federal Open Market Committee raised its benchmark lending rate to a range of 0.75 percent to 1 percent, as expected, and projected two more increases would be likely in 2017...

If Trump keeps his promise on paid family leave, will working women feel they can take it?

Jay Zagorsky, an economist and research scientist at the Ohio State University, analyzed data from an employment survey given to 60,000 U.S. adults each month to find out how maternity leave trends have changed over time. What he found was surprising: Even though five states — California, New Jersey, Rhode Island and Washington, along with New York (whose new legislation goes into effect next January) — have passed laws requiring paid family leave since 2002, the overall percentage of American women taking maternity leave has not budged since 1994. Among new mothers, “there’s no trend upward or downward over time,” he said. (He did find that about three times more men took paternity leave in 2015 than in 1994.)...

Number of Women Who Take Maternity Leave Has Stalled

“Given the growing economy and the new state laws, I expected to see an increasing number of women taking maternity leave,” said Jay Zagorsky, author of the study and research scientist at The Ohio State University’s Center for Human Resource Research. “It was surprising and troubling that I didn’t...

While jokes about blondes may seem harmless to some, it can have real-world implications, said Jay Zagorsky, author of the study and a research scientist at The Ohio State University. “Research shows that stereotypes often have an impact on hiring, promotions and other social experiences,” Zagorsky said...

Why Are Fewer People Getting Married?

June kicks off the U.S. wedding season. Whether you love nuptials or hate them, an astounding trend is occuring: fewer couples are tying the knot. The number of U.S. marriage ceremonies peaked in the early 1980s, when almost 2.5 million marriages were recorded each year. Since then, however, the total number of people getting married has fallen steadily. Now only about two million marriages happen a year, a drop of almost half a million from their peak...

Most Americans Save Only About Half Of Their Inheritances, Study Finds - Ohio State Research and Innovation Communications

But it is bad news for those who are concerned about the low U.S. savings rate, said Jay Zagorsky, author of the study and research scientist at Ohio State University’s Center for Human Resource Research. “I came into this study thinking that people would save more of their inheritance than what I found,” Zagorsky said...

The "Freshman 15" Is Just A Myth, Nationwide Study Reveals

“The ‘freshman 15’ is a media myth,” said Jay Zagorsky, co-author of the study and research scientist at Ohio State University’s Center for Human Resource Research. “Most students don’t gain large amounts of weight. And it is not college that leads to weight gain – it is becoming a young adult.” The results suggest that media reporting of the freshman 15 myth may have serious implications. “Repeated use of the phrase ‘the freshman 15,’ even if it is being used just as a catchy, alliterative figure of speech, may contribute to the perception of being overweight, especially among young women,” Zagorsky said...