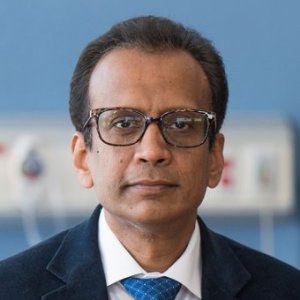 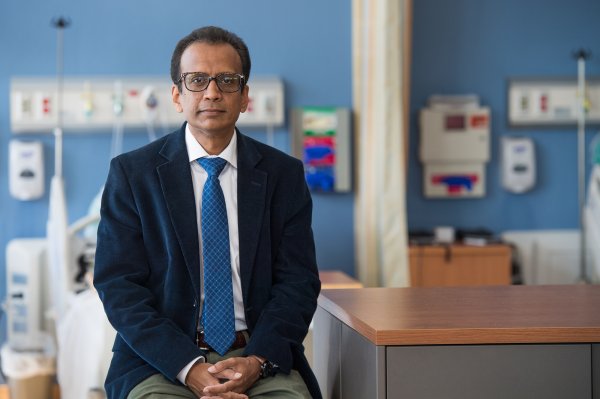 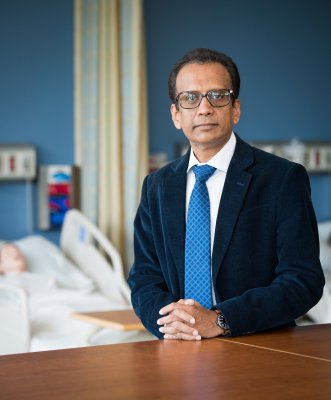 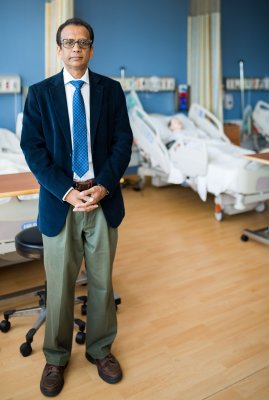 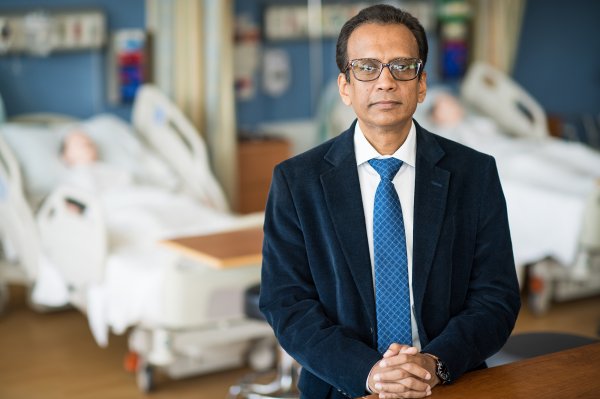 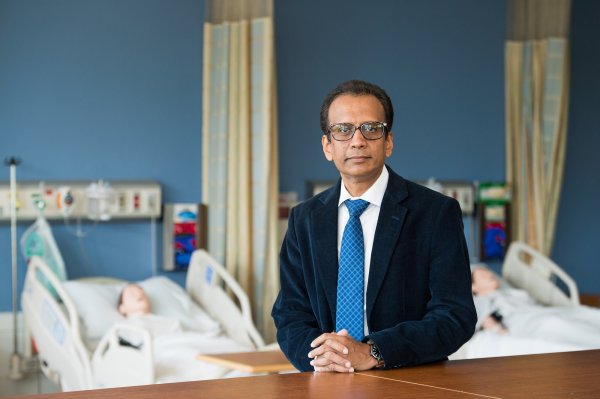 Dr. Jayanta Gupta is an assistant professor and director of the public health program at Florida Gulf Coast University. He studies diseases and has focused his efforts on those that are chronic and are influenced by both genetic and environmental/lifestyle risk factors. Gupta is part of a study looking at genetics of atopic dermatitis, an allergic disease, in African-Americans. He is also studying the impact of cyanobacteria toxins on human health.

Spotting the difference between the flu, COVID-19 and West Nile virus

Jayanta Gupta explains why people should wear a mask indoors and outdoors to protect themselves from COVID-19.

Association of Variants in Genes Belonging to the Angiogenesis/Wound Repair Pathway with Lower Extremity Amputation: Findings from the CRIC study

Atopic dermatitis, also known as eczema, is a common, chronic, skin disorder frequently with an allergic background, which affects up to 20 percent of children worldwide and is characterized by a dry, itchy skin. It is due to both genetic and environmental risk factors, profoundly impacts the quality of life, and has huge impact on social, educational and occupational performance. The focus of my research is to elucidate the biological and genetic risk factors for this condition, and to this end, I have worked collaboratively with researchers from several prestigious institutions in the US and Europe over the last 15 years.

Chronic kidney disease (CKD) affects more than 20 million people in the US. It frequently results from uncontrolled diabetes and hypertension, can lead to end-stage renal disease, and is an important risk factor for the development of heart disease and of all-cause mortality. However, not all patients with CKD will develop end-stage renal disease or other complications. My goal is to investigate the genetic risk factors behind the progression of CKD, toward which I work collaboratively with eminent nephrologists and other biomedical researchers from the US and Europe.

2016 Co-investigator with David J. Margolis, M.D., Ph.D. of the University of Pennsylvania School of Medicine. Atopic dermatitis (AD) is a highly pruritic chronic episodic inflammatory skin disease that often presents between 3 and 6 months of age but may also present during later childhood or in adulthood. In the US, AD affects roughly 10-20% of all children of all races and ethnic groups. The highest prevalence of AD in the US is among African-Americans. The prevalence of AD is increasing worldwide and it is a major public health burden. The majority of children with AD will also develop asthma and seasonal allergies. From the recent Global Burden of Disease study, AD was among the top 50 most prevalent diseases worldwide and it had the second highest disability rank of all non-malignant skin diseases. Recent studies have established a strong association between loss-of-function mutations in filaggrin (FLG), a gene coding for a protein responsible for maintaining an intact skin barrier and AD. We have already demonstrated that these mutations are also associated with more persistent AD. However, these mutations are rarely noted in children of African ancestry. As a result, there is a gap in our knowledge with respect to the basic biology of AD in African-Americans. We recently found that mutations in filaggrin-2 (FLG2) are associated with persistence of AD in African-American children. We have also shown that genetic variation of the gene that codes thymic stromal lymphopoietin appears to modify the association of FLG with AD. The goals of this proposal are to comprehensively explore the association of FLG2 with AD in African-Americans, to better understand the association of thymic stromal lymphopoietin with the persistence of AD, and to explore how TSLP/FLG2 interact to create the phenotype of persistent AD. We will continue to focus on loss-of- function mutations in skin barrier genes using FLG as a model, a concept that was recently justified by a report that LOF may be a preferred pathway for adaptation to environmental stimuli. We plan to focus our studies on African-Americans. This proposal has two goals. The first goal is to better understand FLG2 loss-of-function mutations in African Americans. The second goal is to better understand TSLP variation and ultimately the interaction between TSLP and barrier dysfunction. Public Health Relevance Atopic dermatitis (AD) is a very itchy chronic lifelong skin disease that often begins in early childhood

The Florida Department of Health has funded research on the presence of the potential cyanotoxin, BMAA, in both natural water samples and in aerosols adjacent to waterbodies. In conjunction with the Centers for Disease Control, Dr. Gupta and his FGCU colleague Dr. Barry Rosen will be involved in determining if these aerosols find their way into community members who live adjacent to a lake or other water body and if there is a measurable effect on human health.

Atopic dermatitis (AD), food allergy, allergic rhinitis, and asthma are common atopic disorders of complex etiology. The frequently observed atopic march from early AD to asthma, allergic rhinitis, or both later in life and the extensive comorbidity of atopic disorders suggest common causal mechanisms in addition to distinct ones. Indeed, both disease-specific and shared genomic regions exist for atopic disorders. Their prevalence also varies among races; for example, AD and asthma have a higher prevalence in African Americans when compared with European Americans. Whether this disparity stems from true genetic or race-specific environmental risk factors or both is unknown. Thus far, the majority of the genetic studies on atopic diseases have used populations of European ancestry, limiting their generalizability. Large-cohort initiatives and new analytic methods, such as admixture mapping, are currently being used to address this knowledge gap. Here we discuss the unique and shared genetic risk factors for atopic disorders in the context of ancestry variations and the promise of high-throughput "-omics"-based systems biology approach in providing greater insight to deconstruct their genetic and nongenetic etiologies. Future research will also focus on deep phenotyping and genotyping of diverse racial ancestry, gene-environment, and gene-gene interactions.

Background and objectives Increased risk of mortality in patients with CKD has been attributed to inflammation. However, the association between kidney function, albuminuria, and biomarkers of inflammation has not been examined in a large cohort of CKD patients. Design, setting, participants, & measurements This study measured the plasma levels of IL-1β, IL-1 receptor antagonist (IL-1RA), IL-6, TNF-α, TGF-β, high-sensitivity C-reactive protein (hs-CRP), fibrinogen, and serum albumin in 3939 participants enrolled in the Chronic Renal Insufficiency Cohort study between June 2003 and September 2008. An inflammation score was established based on plasma levels of IL-1β, IL-6, TNF-α, hs-CRP, and fibrinogen. Estimated GFR (eGFR) and serum cystatin C were used as measures of kidney function. Albuminuria was quantitated by urine albumin to creatinine ratio (UACR). Results Plasma levels of IL-1β, IL-1RA, IL-6, TNF-α, hs-CRP, and fibrinogen were higher among participants with lower levels of eGFR. Inflammation score was higher among those with lower eGFR and higher UACR. In regression analysis adjusted for multiple covariates, eGFR, cystatin C, and UACR were strongly associated with fibrinogen, serum albumin, IL-6, and TNF-α. Each unit increase in eGFR, cystatin C, and UACR was associated with a −1.2% (95% confidence interval, −1.4, −1), 64.9% (56.8, 73.3) and 0.6% (0.4, 0.8) change in IL-6, respectively (P