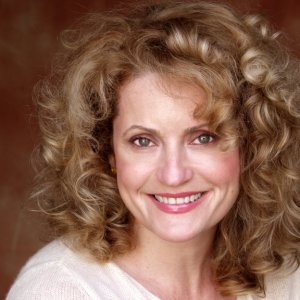 
Your guide to more authentic and compelling communication and presentations.

"If you are AUTHENTIC in your communication you are more TRUSTWORTHY thus more CREDIBLE. My technique is about identifying what makes you unique, and then assisting you in developing a facility in demonstrating that uniqueness for more effective and engaging communication." Drawing from her extensive training and experience, Jayne Amelia Larson has privately coached many top litigators, executives and professionals from around the country on their communication and presentation skills. She has also taught workshops at NYU, Cornell, Hollins, Univ. Redlands, and the UCal Northridge. She has been an instructor in trial college training, mock jury prep and trial, voir dire training, and has taught communication seminars at several bar associations for CLE credit.Miss Larson has also developed and conducted in house programs for executive training in better presentation and communication techniques for many leading Fortune 500 firms.
She received an undergraduate degree from Cornell University, and a graduate degree from Harvard University’s Institute of Advanced Theater Training under the tutelage of Robert Brustein.She has also studied with Patsy Rodenburg from the National Theatre, Ron Daniels from the Royal Shakespeare Company, Larry Moss, Rod Menzies, The Groundlings, and Boris Imas of the Moscow Art Theater. Ms. Larson was the VP of Development at entitled entertainment, an independent film company producing many award winning films including Thirteen Conversations About One Thing; LA Riot Spectacular; Levity; The Illusion; and Aurora Borealis. She has also served as literary manager and part of the award-winning acting company, The Wilton Project.
As a working actress, she has performed extensively in regional and New York theaters, and has made numerous television and film appearances including Judging Amy, The Gilmore Girls, The Huntress, Club 7, Resilience, Callback, Take Two, and The Illusion, in which she plays opposite Kirk Douglas. Her solo show, More Than Naked, premiered in Los Angeles as part of the acclaimed 2006 Edge Of The World Theatre Festival.Her new one woman show, Driving The Saudis, in Boston; Roanoke; Vienna, Austria; New York City at Naked Angels and the 92nd Street Y-Tribeca; Cornell; Memphis at Playhouse on the Square; Galapagos in DUMBO and the 2010 New York Fringe Festival where she won Best Solo Show. A nonfiction book version of Driving The Saudis was published by Simon&Schuster in 2012 is a New York Times Best Seller.