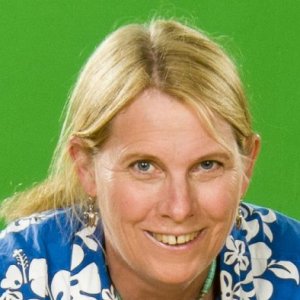 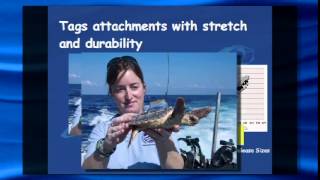 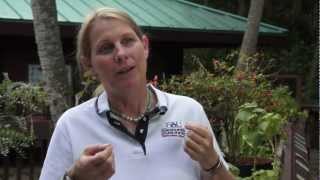 Jeanette Wyneken's lab’s research program addresses how organisms interact with their environments. To explore questions, test ideas, and develop a methodology, they draw our approaches from several biological disciplines including conservation biology, functional morphology, ecology, ethology, physiology, and developmental biology. Evolutionary processes and adaptation are important considerations in my lab’s work. Wyneken's broad-based training enables her to address such diverse questions as for how behavioral patterns are associated with migratory swimming in sea turtles, and how do weather and climate affect eggs and rookeries, and what are the implications for common sea turtle management techniques? Additionally, Wyneken long-term studies of nest temperatures and primary sex ratios show how species differ in their responses to changing climate and weather conditions. Recent studies are assessing how primary sex ratios in sea turtle are skewed and the implications of skewing? Other, current research stresses the implications of an animal's structure and behavior to how it functions within its environment. Recent work examines suites of morphological characters and how they either constrain behavioral options or are exploited to allow behavioral plasticity. Several contemporary collaborative studies integrate morphological, developmental, and physiological data of four sea turtle species in comparisons of migratory behavior. While many of Wyneken's lab's studies focus on marine turtles, other species are considered where applicable.

“The challenges inherent in the methods that are currently being used to identify the sex of neonate turtles with temperature-dependent sex determination is what inspired us to look for an alternative approach,” remarked study author Jeanette Wyneken. “Results from our study provide the field of reptile conservation, and in particular, turtle conservation and management, with a valuable new tool that can be used to accurately assess the sex ratios of hatchlings.”

To save them, “you have to really understand where the problems lie,” says Jeanette Wyneken, a biologist at Florida Atlantic University and senior author on a new study on the topic, published in March in Scientific Reports. Monitoring turtles' sex ratios as hatchlings can help—but species with temperature-dependent sex determination lack sex chromosomes and mature relatively late, making their sexes hard to discover noninvasively.

For more than a dozen years, the majority of sea turtles born on Florida beaches have been female, according to a study headed by Jeanette Wyneken, a biological sciences professor at Florida Atlantic University.

“The fewer the interruptions, the better the turtles are going to be this summer,” said Jeanette Wyneken, a professor of biological sciences at Florida Atlantic University and director of FAU’s marine lab at the Gumbo Limbo Environmental Complex in Boca Raton.

“This is a study that needed to be done 20 years ago. I’m glad someone finally did it,” says Jeanette Wyneken, a Florida Atlantic University Marine biologist who also studies sea turtles. Although the results don’t surprise her, she says they do provide a clear mechanism for why sea turtles seek out ocean plastic. Now if we could just stop putting it in the ocean in the first place.

Female sea turtle births are at an all-time high; here's why

Warming seas and sand temperatures are shifting the balance in sea turtle populations, creating generations with almost no male turtles. "The eggs can’t get away from the heat, so if it gets too warm, they’re stuck, and if it gets too warm, we see dead embryos. If it gets just a little too warm, we see all female hatchlings coming out of that nest," Wyneken said. "There is a little tiny zone between death and all females."

After more than a dozen years of nearly every sea turtle born on Florida beaches being female, a small but significant number of males were born last year, said Jeanette Wyneken, a biological sciences professor at Florida Atlantic University. [...]

Why the endangered green sea turtle is losing its male population

Biologist Jeanette Wyneken directs Florida Atlantic University's marine lab, and has studied Florida's sea turtle population since 2002. She's alarmed by what she doesn't see in her tanks of hatchlings. [...]

Wyneken, along with a team of students, started researching three types of turtles — green, loggerhead, and leatherback — at the beginning of the fall semester to determine how climate change affects their reproductive rates.

2018 Species that display temperature-dependent sex determination are at risk as a result of increasing global temperatures. For marine turtles, high incubation temperatures can skew sex ratios towards females. There are concerns that temperature increases may result in highly female-biased offspring sex ratios, which would drive a future sex ratio skew. Studying the sex ratios of adults in the ocean is logistically very difficult because individuals are widely distributed and males are inaccessible because they remain in the ocean. Breeding sex ratios (BSR) are sought as a functional alternative to study adult sex ratios. One way to examine BSR is to determine the number of males that contribute to nests. Our goal was to evaluate the BSR for loggerhead turtles (Caretta caretta) nesting along the eastern Gulf of Mexico in Florida, from 2013–2015, encompassing three nesting seasons. We genotyped 64 nesting females (approximately 28% of all turtles nesting at that time) and up to 20 hatchlings from their nests (n = 989) using 7 polymorphic microsatellite markers. We identified multiple paternal contributions in 70% of the nests analyzed and 126 individual males. The breeding sex ratio was approximately 1 female for every 2.5 males. We did not find repeat males in any of our nests. The sex ratio and lack of repeating males was surprising because of female-biased primary sex ratios. We hypothesize that females mate offshore of their nesting beaches as well as en route.

2017 Many reptiles have temperature-dependent sex determination (TSD). Sex determination in marine turtles is described by a cool–male, warm–female pattern. Nest sand temperature strongly influences sea turtle embryo development and sex differentiation. Yet, variation in hatchling sex ratios is explained only partially by nest temperature and can be predicted only at the warmest and coolest temperatures. Hence, other factors during development influence sex determination. Rainfall is a common environmental variable that may impact development and sex determination. We experimentally evaluated bias in sex ratio production associated with nest moisture. Conditions tested in surrogate nests were sand moisture in combination with (i) very restricted evaporation, (ii) moderate evaporation (allowing evaporative cooling), and (iii) evaporative cooling plus cooling from rain-temperature water.

Environmental Causation of Turtle Scute Anomalies in ovo and in silico

2017 The turtle shell is often described as an evolutionary novelty that facilitated the radiation of the clade Testudines. The scutes, or keratinous plates, of the turtle shell are hypothesized to be patterned by reaction-diffusion dynamics, and this property of their development provides explanatory power to mechanisms of anomalous variation. A mathematical model of scute development predicts that anomalous variation in the phylogenetically stable pattern of scutes is achieved by environmental influence on the developmental program. We test this prediction with data on patterns of scute variation from natural nests and controlled incubation of sea turtle eggs in Florida and Western Australia. We find that high temperatures are sufficient to produce anomalous patterns in turtle scutes, and that this correlation is even stronger when conditions are dry.

2015 Assessment and management of sea turtle populations is often limited by a lack of available data pertaining to at-sea distributions at appropriate spatial and temporal resolutions. Assessing the spatial and temporal distributions of marine turtles in an open system poses both observational and analytical challenges due to the turtles’ highly migratory nature. Surface counts of marine turtles in waters along the southern part of Florida’s east coast were made in and adjacent to the southeast portion of the Florida Current using standard aerial surveys during 2011 and 2012 to assess their seasonal presence. This area is of particular concern for sea turtles as interest increases in offshore energy developments, specifically harnessing the power of the Florida Current. While it is understood that marine turtles use these waters, here we evaluate seasonal variation in sea turtle abundance and density over two years. Density of sea turtles observed within the study area ranged from 0.003 turtles km-2 in the winter of 2011 to 0.064 turtles km-2 in the spring of 2012. This assessment of marine turtles in the waters off southeast Florida quantifies their in-water abundance across seasons in this area to establish baselines and inform future management strategies of these protected species.