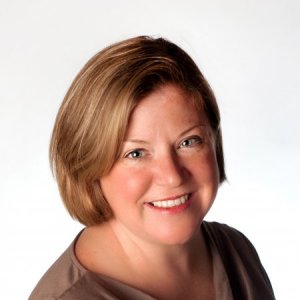 Jeannie Walters is the founder of 360Connext, a Chicago-based consulting firm specializing in the cornerstones of customer experience: employee engagement, customer communications and channel-specific connections like social media. Walters specializes in helping companies achieve more loyalty from employees, customers and prospects through improved experiences at every level.
Walters started her career consulting to some of the most prestigious institutions in education, the arts and healthcare to help them launch or improve their fundraising efforts. She later joined Vox, a customer experience consulting firm, and became President and partner by the time she left 12 years later, when she founded 360Connext. Walters has worked with a wide range of organizations, including universities and prep schools, banks and credit unions, technology companies, some of the largest financial services companies in the world and countless entrepreneurs. She now speaks on topics including employee engagement, social media and communications in corporate environments.
Walters is a member of Faith Popcorn's Talent Bank, a group of experts tapped for trend-setting information and Women Employed. As a member of Vistage International, she was selected by her peers as Member of the Year in 2007. She served as Executive Director of ChicWIT, part of a 25,000+ member women's business network, and as an appointed member of former Illinois State Treasurer Judy Baar Topinka's Advisory Board for Women's Issues. Walters was awarded the Businesswoman of the Year in 2001 by the Business Ledger and as An Outstanding Woman of Achievement in 2002 by the Girl Scouts of America.
Walters lives outside of Chicago with her husband Mike and their two young sons. As such, her current hobbies include Thomas the Train and Elmo.

the Business Ledger's Businesswoman of the Year Award (professional)

“Both our internal people and the client loved you as a keynote speaker. Our engagement with you was the first of its kind for our yearly event. And thanks to your professionalism and flexibility, I’m positive [Disney Movie Club] will be asking for us to do this next year! Our client liaison still talks to our team members about the topics you touched on.”

“THANK YOU! For fitting PEMCO into your schedule, and for taking a genuine interest in our company and the way we go to market. We very much appreciate it.”

“Jeannie’s knowledge and thoughtful presentation of the issues, facts and easy-to-implement steps was the best use of our time and resources. We are well on our way thanks to Jeannie’s presentation.”

"Jeannie's presentation to a large group of our clients was very well received."

"If you get a chance to hear her speak, don't pass it up."

Walking in your Customers' Shoes

See What Your Customers See

Integrating the Online and Offline Experience

In her role as Chief Customer Experience Investigator™, Walters is constantly watching the trends of the new digital tools. In this fun and engaging presentation, she covers the latest and most important ways to interact with customers where they are – on their mobile phones, via social networks, and online.

0 to 7000 *Will consider certain engagements for no fee