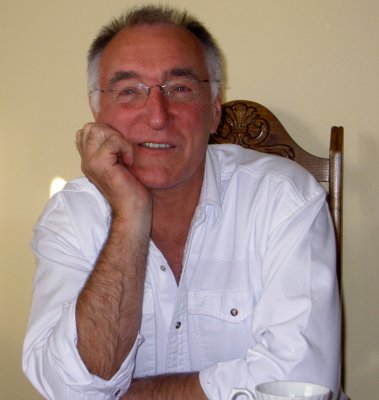 Jeff has alternated from being a professional contracting engineer to an active humanitarian aid worker for many years. After several years in the British Army, mainly on active service in Africa and the Middle East he has traveled and worked in nearly every country in the world beginning in the early 60’s with a 3 year stint in East Africa running food for work projects. In 1987 to 1990 he was in Cambodia working for Oxfam on a ferry refurbishment project, the water treatment plant in Phnom Phen, a college rebuilding programme and re-commissioning several factories. Being one of the few engineers in country he also acted as advisor to several agencies on technical aspects. Additionally as one of the few people with any security background was able to advise the “in country” teams on security issues and anti personnel mines. It was at this time he met his Canadian wife who has now brought him back “home” to Ontario.
In 1995 he went to Afghanistan as Oxfam programme manager in Kabul and later as a water consultant for the UN. He was in overall charge of a major water equipment installation project in Kabul during which time the Taliban took the city. Being responsible for team security he had a steep learning curve in a very hostile environment. Working with a consortium of agencies a basic format for security was developed similar to what is now considered to be a sound basis of NGO security policy and procedures. During this time he was also head of a multi agency water consultancy group which acted as advisors to the then Afghan government. He was responsible for investigating the water resources in other major towns in country and supporting UN projects throughout Afghanistan. Jeff witnessed the changes brought about by the Taliban.
On his return to the UK he worked as a technical and procurement advisor to CARE UK developing and setting up purchase and shipping links for emergency response kits. At this time was more formally involved in the development of security guidelines and training for CARE staff and the NGO community.
He was also one of the members of the advisory panel for SPHERE standards.
Jeff is an experienced and accredited trainer and for 3 years set up and led the RedR Canada Training Team. He is also an independent consultant to Humanitarian Agencies. As such he was deployed to Banda Ache in Indonesia in early January 2005 and has completed many more missions throughout the world.

Awarded the Queen Elizabeth II Jubilee Medal for my volunteer work with charities.

Oxfam & the UN,, managing several programs before and after the Taliban took control.

Rebuilding a very broken country after a horrific period

Providing Humanitarian Aid in emergency conditions yet still trying to maintain the dignity of the aid recipients.