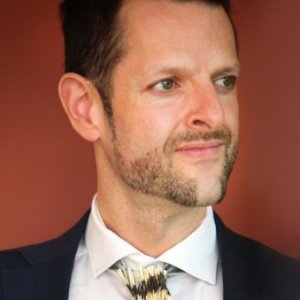 Dr. Jeff Karp is a leading researcher in the fields of drug delivery, medical devices, stem cell therapeutics, and tissue adhesives. He is an Associate Professor at Brigham and Women’s Hospital, Harvard Medical School, Principal Faculty at the Harvard Stem Cell Institute, and an affiliate faculty at the Broad Institute and at the Harvard-MIT Division of Health Sciences and Technology (where he teaches to MIT-Sloan business school students). He has published >100 peer-reviewed papers (with >13,000 citations) and has given 250 national and international invited lectures and has >100 issued or pending patents. Several technologies developed in his lab have formed the foundation for multiple products on the market and currently under development and for the launch of four companies including Skintifique, Gecko Biomedical, Alivio Therapeutics, Frequency Therapeutics.

The Boston Business Journal recognized him as a Champion in Healthcare Innovation and MIT’s Technology Review Magazine (TR35) also recognized Dr. Karp as being one of the top innovators in the world (3 members from his laboratory have subsequently received this award). 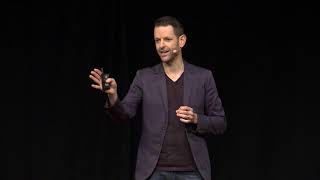 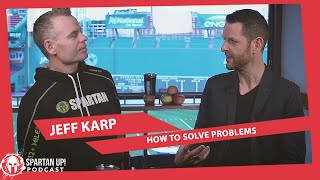 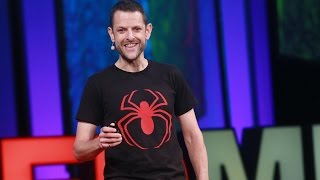 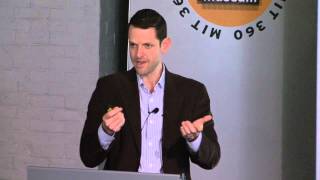 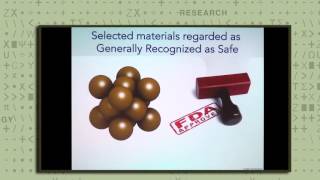 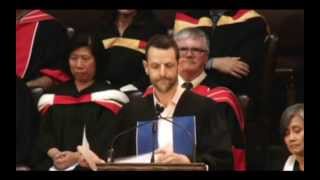 Surgery in a Pill?

“We envision a pill that a patient can take before a meal that transiently coats the gut to replicate the effects of surgery,” said co-senior author Jeff Karp, HMS professor of medicine and a bioengineer and principal investigator at Brigham and Women’s...

“Targeting specific tissues using a conventional needle can be difficult and often requires a highly trained individual,” said senior corresponding author Jeffrey Karp, HMS professor of medicine at Brigham and Women’s. “In the past century there has been minimal innovation to the needle itself, and we saw this as an opportunity to develop better, more accurate devices. We sought to achieve improved tissue targeting while keeping the design as simple as possible for ease of use,” said Karp...

Sensing its location, and then automatically injecting at the right point, is what a new smart needle, created by Jeff Karp and his team at Harvard Medical School, can do. According to Karp, “as you push on the plunger of our needle, the needle will advance. It’s actually the needle that is moving in response to pushing on the plunger, which is very different from a standard needle”...

Jeff Karp, professor of medicine at Brighan and Women's Hospital and Harvard Medical School, does research on stem cells and tissue and organoid engineering but was also not involved in the new study. He said researchers have been developing lab-made versions of human blood vessels for a long time to study blood vessel biology and for use in tissue engineering. The "big advance" in this study, he said in an email, is that the authors actually show how it can be used to study a disease, such as diabetes, in this case, where blood vessels are damaged, and learn something new and useful — they uncovered the protein that does the damage and found a new way to block it to prevent the damage...

"We've been using sutures and staples for decades, and they've been incredibly useful," says Jeff Karp, a bioengineer at Brigham and Women's Hospital in Boston and professor of medicine at Harvard Medical School. "But there are challenges in terms of placing them for minimally invasive procedures"...

2014 The diverse immunomodulatory properties of mesenchymal stem/stromal cells (MSCs) may be exploited for treatment of a multitude of inflammatory conditions. MSCs have long been reported to be hypoimmunogenic or 'immune privileged'; this property is thought to enable MSC transplantation across major histocompatibility barriers and the creation of off-the-shelf therapies consisting of MSCs grown in culture. However, recent studies describing generation of antibodies against and immune rejection of allogeneic donor MSCs suggest that MSCs may not actually be immune privileged. Nevertheless, whether rejection of donor MSCs influences the efficacy of allogeneic MSC therapies is not known, and no definitive clinical advantage of autologous MSCs over allogeneic MSCs has been demonstrated to date. Although MSCs may exert therapeutic function through a brief 'hit and run' mechanism, protecting MSCs from immune detection and prolonging their persistence in vivo may improve clinical outcomes and prevent patient sensitization toward donor antigens.

2012 The broad repertoire of secreted trophic and immunomodulatory cytokines produced by mesenchymal stem cells (MSCs), generally referred to as the MSC secretome, has considerable potential for the treatment of cardiovascular disease. However, harnessing this MSC secretome for meaningful therapeutic outcomes is challenging due to the limited control of cytokine production following their transplantation. This review outlines the current understanding of the MSC secretome as a therapeutic for treatment of ischemic heart disease. We discuss ongoing investigative directions aimed at improving cellular activity and characterizing the secretome and its regulation in greater detail. Finally, we provide insights on and perspectives for future development of the MSC secretome as a therapeutic tool.

2010 Mesenchymal stem cell (MSC) therapy is poised to establish a new clinical paradigm; however, recent trials have produced mixed results. Although MSC were originally considered to treat connective tissue defects, preclinical studies revealed potent immunomodulatory properties that prompted the use of MSC to treat numerous inflammatory conditions. Unfortunately, although clinical trials have met safety endpoints, efficacy has not been demonstrated. We believe the challenge to demonstrate efficacy can be attributed in part to an incomplete understanding of the fate of MSC following infusion. Here, we highlight the clinical status of MSC therapy and discuss the importance of cell-tracking techniques, which have advanced our understanding of the fate and function of systemically infused MSC and might improve clinical application.

Mesenchymal stem cell homing: the devil is in the details

2009 The study of MSC trafficking is clinically relevant for minimally invasive cell therapy to promote regeneration of damaged tissue, to treat inflammation, and to promote angiogenesis. However, these studies are complicated by the diverse methods used to culture, characterize, and deliver MSCs and by the variety of methods used to assess homing events. This review provides a critical analysis of the methods used to track homing of exogenously infused MSCs and discusses strategies for enhancing their trafficking to particular tissues.

Nanocarriers as an emerging platform for cancer therapy

2007 Nanotechnology has the potential to revolutionize cancer diagnosis and therapy. Advances in protein engineering and materials science have contributed to novel nanoscale targeting approaches that may bring new hope to cancer patients. Several therapeutic nanocarriers have been approved for clinical use. However, to date, there are only a few clinically approved nanocarriers that incorporate molecules to selectively bind and target cancer cells. This review examines some of the approved formulations and discusses the challenges in translating basic research to the clinic. We detail the arsenal of nanocarriers and molecules available for selective tumour targeting, and emphasize the challenges in cancer treatment.