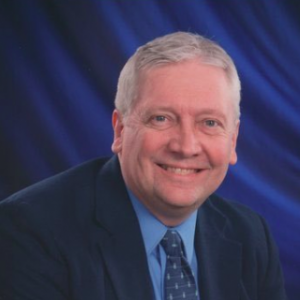 Dr. Jeff Andresen is a professor in MSU’s Department of Geography and the State Climatologist for Michigan. He has professional experience with the National Weather Service and with the USDA's World Agricultural Outlook Board in Washington, D.C., where he was involved in international crop/weather impact assessment and production estimation. He currently serves as director of Michigan’s Enviro-weather information system, which supports agricultural pest and production management related decision-making across the state (www.enviro-weather.msu.edu), and as an extension specialist maintaining an active outreach program including dissemination of weather and climate data and information to the general public and continuing education activities. Teaching responsibilities include courses in agricultural climatology, meteorology, regional climatology, and physical geography. The primary focus of Andresen’s research has been the influence of weather and climate on agriculture, both in the USA and in international production areas. Current and past themes include climatological trends and potential impacts, crop simulation modeling, agricultural irrigation, impacts associated with potential future changes in climate, weather and risk management, and the influence of land use changes on regional climate.

Andresen is responsible for providing weather-related information and professional expertise to the university and to the general public, including dissemination of weather data and information through print and internet media, public speaking engagements, professional consultation, and continuing education activities. He is also developer and administrator of Michigan's Automated Weather Network, a network of 88 automated weather stations across the state providing detailed weather information for the Enviro-Weather system. He is currently co-director of the Great Lakes Integrated Regional Science Assessment (GLISA) and has served as a member of the Michigan Climate Action Council (Governor-appointed) December 2007-2009 and as a U.S. Representative from Region IV to the World Meteorological Organization’s Agrometeorological Services for Agricultural Production Open Program Area Group, 2004-2006 and from 2015-present.

Acknowledging those changes is as much a result of necessity than anything else. "The industry has to adapt to these changes or they won't be in business," said Jeff Andresen, geography professor at Michigan State University and state climatologist. It's especially important in Michigan, where the state's diverse range of crops makes it more susceptible to climate impacts. Unlike its Midwest peers that are dominated by commodity crops like corn, soybean, and wheat, Michigan's unique geography on the Great Lakes makes it a great place to grow specialty crops, like tart cherries. "There's a whole bunch of different crops than the ones we see in the central corn belt," Andresen said. "The number of impacts of weather and climate is very broad."

A warmer, wetter Michigan might be making potholes worse

Arguably the most significant climatological trend both seasonally and annually is an increase in precipitation, said State Climatologist Jeffrey Andresen, an MSU geography professor. Last year set a record for the wettest year in Michigan, going back to 1895, Andresen said, with 10 to 15 percent more annual precipitation than just 60 years ago. The increase results from more “wet” days and more extreme weather events, both of which are increasing with time, Andresen said...

Jeffrey Andresen, state climatologist with Michigan State University, said the long-term forecast is for overall conditions to be “warmer and wetter.”...

Effect of climate change on Great Lakes' algae under review

Jeffrey Andresen, Michigan’s state climatologist and a geography professor at Michigan State University, expects relatively more warming in the winter than warming in the summer. That means a chance for more rain or snow during months that precede spring. That means more nutrients from livestock, farm fields and urban streets that can run into lakes. And all those extra nutrients can fuel the growth of algae. “A massive rain will wash a bunch of stuff into the lake which would fuel the production of plankton in the lake,” said Hank Vanderploeg, a researcher with the Great Lakes Environmental Research Lab in Ann Arbor. “That can be a factor in the harmful algae bloom.”...

2018 While the Midwestern USA ranks among the world’s most important corn-soybean production regions, the area also produces a variety of high-value specialty crops. These crops are an important component of the region’s rural economy with an estimated value of $1.8 billion in 2012. More profitable per-acre than many row crops, specialty crops also have higher production-related risks. They are generally more sensitive to climatic stressors and require more comprehensive management compared to traditional row crops.

Mesonets: Mesoscale Weather and Climate Observations for the United States

2017 Mesoscale in situ meteorological observations are essential for better understanding and forecasting the weather and climate and to aid in decision-making by a myriad of stakeholder communities. They include, for example, state environmental and emergency management agencies, the commercial sector, media, agriculture, and the general public. Over the last three decades, a number of mesoscale weather and climate observation networks have become operational. These networks are known as mesonets. Most are operated by universities and receive different levels of funding. It is important to communicate the current status and critical roles the mesonets play.

2015 The U.S. Cooperative Extension Service was created 100 years ago to serve as a boundary or interface organization between science generated at the nation′s land grant universities and rural communities. Production agriculture in the US is becoming increasingly complex and challenging in the face of a rapidly changing climate and the need to balance growing crop productivity with environmental protection. Simultaneously, extension budgets are diminishing and extension personnel are stretched thin with numerous, diverse stakeholders and decreasing budgets.

2014 Corn is the most widely grown crop in the Americas, with annual production in the United States of approximately 332 million metric tons. Improved climate forecasts, together with climate-related decision tools for corn producers based on these improved forecasts, could substantially reduce uncertainty and increase profitability for corn producers. The purpose of this paper is to acquaint climate information developers, climate information users, and climate researchers with an overview of weather conditions throughout the year that affect corn production as well as forecast content and timing needed by producers. The authors provide a graphic depicting the climate-informed decision cycle, which they call the climate forecast–decision cycle calendar for corn.