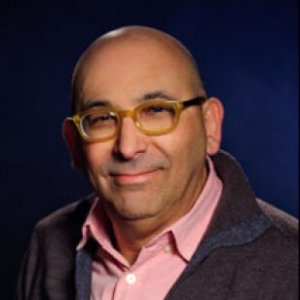 Jeffrey Davis has served as a professor of Film and TV Writing at SFTV since 2009 and was chair of the screenwriting department from 2009 to 2019. A descendant of a long line of Hollywood entertainers, Jeffrey’s earliest memories involve sitting around the writers' table at Nate & Al's Delicatessen, where his father and his comedy writer cronies gathered over corned beef and Doctor Brown's Cream Soda, told war stories, and tried to fix third acts.

Jeffrey began his own career writing jokes for Thicke of the Night. His comedy credits include Love Boat, House Calls with Lynn Redgrave, Give Me a Break, Diff'rent Strokes, and Night Court. He has also written for such shows as America's Funniest People, America's Funniest Home Videos, and Small Wonder, and has had film projects developed by Bette Midler's All Girl Productions, among others.

He has written documentaries for A&E, Discovery, and the National Geographic Channel, and written a variety of corporate and informational videos. His plays have been produced in New York and Los Angeles, including the recently published play Speed Dating 101. His book Show Me the Funny! At the Writers Table with Hollywood’s Top Comedy Writers (Sterling 2010), written with co-author Peter Desberg, provides a unique glimpse into the intelligent and quirky inner workings of the comedic mind. The book presents 27 top comedy screenwriters from the revered figures of television's “Golden Age” to today's favorite movie jokesters.

Jeffrey has presented academic seminars on comedy and writing for universities and conferences across the United States. His written works on the craft of comedy and writing have also been published in The Comic Bible, Writers Store E-zine, The Wrap, and Script Magazine, to name a few.