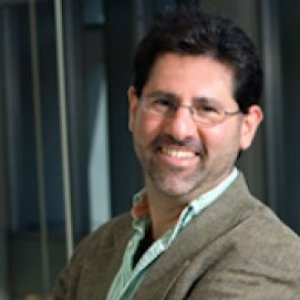 In his previous life he was a molecular biologist, studying mammalian gene regulatory mechanisms and DNA-protein interactions. His scientific papers appeared in Nature, Genes & Development, and the Journal of Molecular Biology. His current research focuses on the intellectual architecture of patent law and problems of interpretation in patent litigation. He has served as an expert witness on patent law matters, and lectured for Patent Bar Review courses. 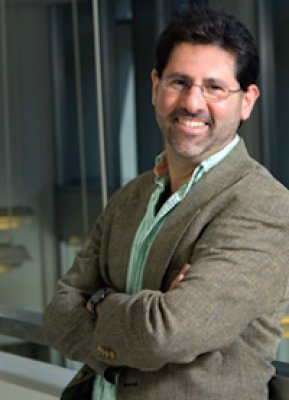 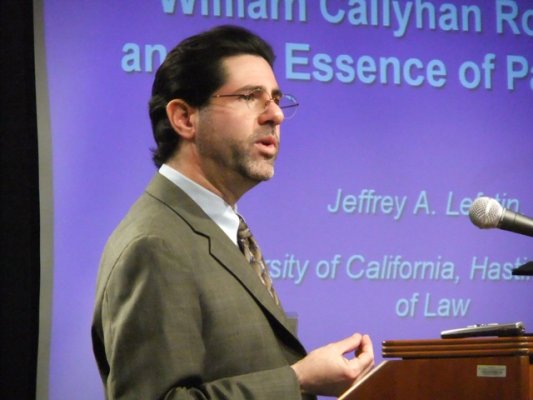 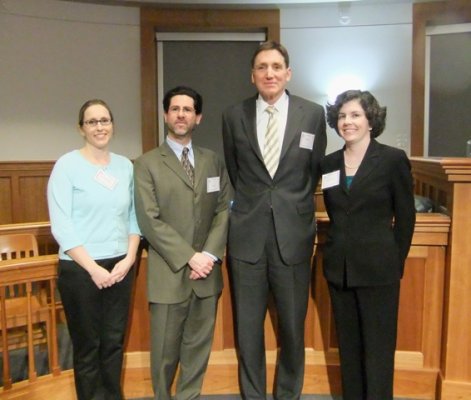 Ariosa v. Sequenom and the Path Ahead for Subject-Matter Eligibility

The Federal Circuit has issued its decision in a closely-watched biotechnology case, Ariosa Diagnostics v. Sequenom. The opinion clarifies several aspects of the patent-eligibility inquiry in the wake of Mayo v. Prometheus, and has significant long-term implications for patent-eligibility not only in biotechnology, but in other fields where invention is based primarily on discovery...

The Supreme Court’s decision in Alice v. CLS Bank resolved the easy cases: claims that merely recite a mode of organizing activity coupled with a generic instruction to “do it on a computer” or “do it on the Internet.” The key question left open by Alice is whether claims to specific information-processing techniques represent ineligible abstract ideas or eligible applications. Answering that question will be critical to resolving cases like California Institute of Technology v. Hughes Communications, Inc., and McRO v. Activision, discussed in Robert Stoll’s Patently-O post last month...

Giving Deference to the Supreme Court in Teva v. Sandoz

In Teva v. Sandoz, the Supreme Court raised the standard of appellate review of a district court’s factual conclusions regarding extrinsic evidence relied upon during claim construction proceedings. Although the decision represents a relatively small change in procedural law, it is important, both because claim construction has become such a major element of patent litigation and because the Court of Appeals for the Federal Circuit has a history of reversing a high percentage of claim construction decisions...

The Three Faces of Prometheus: Alice and Generic Application

Alice Corp. marks the Supreme Court’s eighth subject-matter eligibility case since the 1952 Act. Without question, the most problematic aspect of the Supreme Court’s § 101 jurisprudence has been discerning the actual test for patent-eligibility. In Mayo v. Prometheus, the Court purported to establish a general framework for subject-matter eligibility: that to be patent-eligible, a claim must include an “inventive concept” beyond an underlying fundamental principle, such as a law of nature, natural phenomenon, or abstract idea...

What's Really at Stake in Myriad

In a previous post I noted that the Supreme Court’s Mayo v. Prometheus decision, while acknowledging that “all inventions can be reduced to underlying principles of nature which, once known, make their implementation obvious,” appears to have revived the analytical framework of Funk Brothers. Funk denied patentability to a mixture of nitrogen-fixing bacteria because, even if the patentee’s discovery about the bacteria was “ingenious,” it was a phenomenon of nature and not patentable. Once that discovery was made, the state of the art made production of the claimed mixture obvious; the patentee therefore had not claimed a patentable application of the law of nature...

Legal Indeterminacy and the Path-Dependence of Claim Interpretation

The Formal Structure of Patent Law and the Limits of Enablement

The Limits of Enablement

The Path-Dependence of Claim Construction, and its Implications for Predictability in Patent Litigation

The Three Faces of Prometheus: A Post-Alice Jurisprudence of Abstractions

While Alice v. CLS Bank has confirmed that patent claims require a further “inventive concept” beyond an underlying abstract idea or law of nature for patent-eligibility, there is little agreement on what defines either an “abstract idea” or an “inventive concept.” Resolving that uncertainty is critical to determining the patent-eligibility of software claims beyond the simple “do it on a computer” type invalidated in Alice. This Article argues that the rationale and two-step analysis articulated in Mayo and Alice represent a fundamental reorientation of the Supreme Court’s jurisprudence, and provide a principled reason to transcend the Court’s earlier § 101 cases. Based on the structure of the Mayo/Alice test, this Article argues for a differentiated framework of “inventive concept,” requiring inventive application for most abstract ideas, but only non-generic application for most laws of nature. Under this framework, two key classes of subject matter remain patent-eligible: claims that do more than reveal the results of an underlying law of nature, and claims to specific and inventive information-processing techniques.

The Supreme Court’s recent cases on patent-eligible subject matter have struggled to draw the line between unpatentable fundamental principles, such as laws of nature and abstract ideas, and patentable inventions. In Mayo v. Prometheus, the Court suggested that only “inventive applications” of fundamental principles fell within the domain of the patent system. Both Mayo and its intellectual forebear, Parker v. Flook, anchored this doctrine in Neilson v. Harford, the famous “hot blast” case decided by the Court of Exchequer in 1841. But the Supreme Court has founded the inventive application doctrine on a basic misapprehension. Neilson’s patent on the hot blast was sustained not because his application was inventive, but because it was entirely conventional and obvious. In both England and the United States, the hot blast cases taught that inventors could patent any practical application of a new discovery, regardless of the application’s novelty or inventiveness. And for over one hundred years, American authority consistently maintained that practical application distinguished unpatentable discovery from patentable invention. The inventive application test in fact originated in 1948, in Funk Brothers v. Kalo Inoculant, which departed radically from the established standard of patent eligibility. In the wake of Funk Brothers, the lower courts struck down a series of patents unquestionably within the technological arts — arguably the precise innovations the patent system sought to promote. This history is largely forgotten today, but it should serve as a cautionary tale of the patents that could be invalidated if the Court maintains inventive application as the test for patent eligibility.

As reflected in the Federal Circuit’s fractured opinion in CLS Bank v. Alice Corp., there is no greater confusion in contemporary patent law than that surrounding the scope of patent eligibility limitations. This Supreme Court amicus brief in that case traces the roots of the court-made doctrines excluding patents on laws of nature, physical phenomena, and abstract ideas. It argues that a test of inventive application neither serves the underlying purposes of the patent system nor comports with the process of modern technological advance. As a result of advances in scientific understanding and methods over the past 150 years, many if not most inventions today explicate, manipulate, and control physical, chemical, biological, and digital phenomena at elemental, molecular, algorithmic, and systemic levels. Doctrines that treat conventional application of even newly discovered computer algorithms, molecular pathways, and chemical synthesis as unpatentable threaten to exclude much of the inventive thrust of modern research. Mayo’s requirement for unconventional application shifts scientists’ efforts from the valuable scientific and technological advances that society seeks toward surmounting an amorphous test of non-obvious implementation. Specific and practical application, in conjunction with the technological arts limitation explicated in Justice Stevens’s concurrence in Bilski, would better serve as the test for patent eligibility in the modern scientific and technological age. Particularly in light of past experience, setting inventive application as the test for patent eligibility threatens to undermine invention incentives, hamper patent prosecution, and greatly complicate patent litigation. While recognizing that the problems posed by patents on software and other computer-implemented inventions are real, this brief contends that patent eligibility doctrines beyond requiring specific application and categorical exclusion of business methods and other non-technological processes are poorly suited to address those concerns. It therefore concludes that the Supreme Court should turn away from the Funk Brothers/Flook/Mayo paradigm, and instead focus on elucidating the statutory requirements of patentability. By clarifying the constitutional and jurisprudential foundation for subject matter exclusions, the Court can promote legislative and administrative solutions that more directly address the evolving needs of the patent system.

The Constitution of Patent Law: The Court of Customs and Patent Appeals and the Shape of the Federal Circuit’s Jurisprudence

Recent critiques of the Court of Appeals for the Federal Circuit have focused on the court’s reluctance to embrace cohesive policy approaches in its patent jurisprudence, particularly when it comes to questions of patent scope. This Article suggests that the Federal Circuit’s tendency towards more formalistic decision-making derives in part from the jurisprudential heritage of one of its predecessor courts, the Court of Customs and Patent Appeals. The modern doctrines of patent scope were shaped by the CCPA’s decisions in the years following the 1952 Patent Act, especially its decisions interpreting §§ 103 and 112 of the Act. When the Federal Circuit adopted the CCPA’s precedent in its first decision, the CCPA’s law displaced that of other courts previously charged with administering aspects of the patent system. But the CCPA’s patent decisions were uniquely shaped by three imperatives peculiar to the court and its place in the patent system: the nature of the court itself; its need to exert and legitimize its control over Patent Office decisions; and its exclusive focus on patentability rather than patent enforcement. Though the modern Federal Circuit has far different jurisprudential needs than did the CCPA, the CCPA’s legal methodologies are so deeply engrained in patent law that they continue to shape Federal Circuit decision-making today. Those doctrines and methodologies may have served the CCPA well; but they may not answer the needs of the modern patent system.

The Formal Structure of Patent Law and the Limits of Enablement

Modern American patent law is characterized by two grand themes, both of which were first sounded in the formative years of patent law but have assumed center stage today. The first has been the condensation of the invention and the inventor's legal rights around the claim, a highly formal and abstract collection of properties defining the boundaries of the patent's reach. The second has been the drive to reduce patent law to a small set of formal principles, from which the essential doctrines of patent law may be logically derived. This Article argues that those two themes are fundamentally incompatible, and that one cannot succeed but at the expense of the other. In particular, a coherent doctrine of claim scope cannot be formulated in terms of patent law's enablement doctrine without abandoning the basic tenets of the claim system. If we are to preserve the modern claim system, we must invoke the doctrine of written description, a remnant of the pre-claim era whose nature and continued existence is hotly contested today. This Article contends that the true function of the written description doctrine is to serve as a doctrine of definition. Once this function is recognized, the essential role of written description in modern patent law becomes clear.