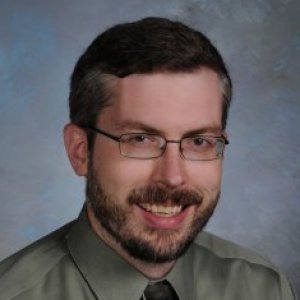 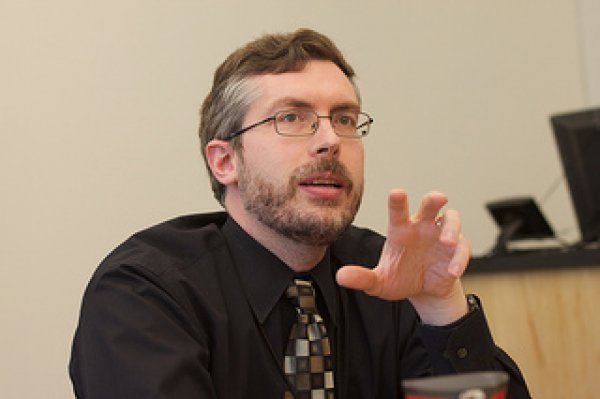 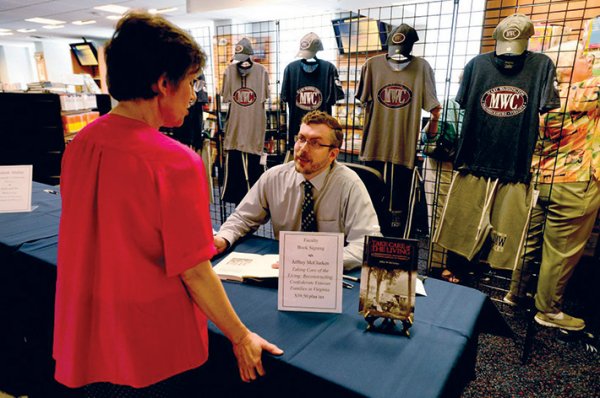 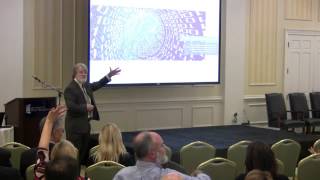 Jeff McClurken’s research interests include the history of the Civil War, veterans, families, the Pinkertons, mental institutions, the 19th-century American South, and the digital humanities. Along with his sought-after classes in digital identity and digital history, Dr. McClurken serves as chief of staff to the University’s president.

He is recipient of the 2014 Outstanding Faculty Award in the area of teaching with technology from the State Council of Higher Education for Virginia, the highest award the state gives higher education faculty. Dr. McClurken has taught classes in varied U.S. history topics, including Civil War and Reconstruction, American technology and culture, women’s history, and history and film. He is the digital history projects review editor for the Journal of American History, and has served as special assistant to the provost for Teaching, Technology, and Innovation, as well as special advisor to the president. In addition, he was awarded UMW's J. Christopher "Topher" Bill service award in 2012 in recognition of outstanding faculty service.

He has been interviewed by Virginia Public Radio’s With Good Reason, he has blogged for the Chronicle of Higher Education about teaching and technology, and his class lectures have been featured on C-SPAN. His book, "Take Care of the Living: Reconstructing the Confederate Veteran Family in Virginia," was nominated for both the Library of Virginia Literary Award and the Jefferson Davis Award of the Museum of the Confederacy. He also has been recognized by The Princeton Review as one of The Best 300 Professors. More information about his teaching and research can be found at http://mcclurken.org.

The award, presented by the State Council of Higher Education of Virginia (SCHEV), recognizes superior accomplishments in teaching, research and public service. It is the Commonwealth of Virginia's highest honor for faculty at Virginia’s public and private colleges and universities.

The list of best professors features 300 teaching faculty members from 122 public and private colleges and universities.

'Teaching Gives Me Credibility With Students,' Says an Administrator

After Jeff McClurken became an administrator at the University of Mary Washington, the professor of history and American studies wanted to continue teaching. "Teaching and learning is why we are here," he says. "And so the fact that an administrator is teaching gives me credibility with students."

Jeffrey McClurken is a professor of history and American studies at the University of Mary Washington, and he will speak about the effect of digital humanities on Southern history during the past 20 years on March 5.

No, Banning Laptops Is Not the Answer

As Jeff McClurken has rightly argued, for most students the "problem isn’t which device (pencil, laptop, phone, quill) they use to take those notes, but how to take them and how to use them to learn." We as faculty could use the presence of laptops in the classroom as an opportunity to help students better understand how to learn, how to take notes (whether by hand or on a device), and how to learn from the process of taking notes.

Confederate Daughters: Coming of Age during the Civil War

Victoria E. Ott's slim volume adds a welcome focused analysis to the discussion of the role of white Southern women in the Confederate cause and in its memorialization. This book builds on recent works on Confederate nationalism and studies of Confederate women that have acknowledged the importance of age as well as gender. Writing in roughly chronological thematic chapters often based on letters, diaries, and memoirs, Ott chooses to focus on young women “born between 1843 and 1849 … [who were] members of slaveholding, secessionist families” (p. 4). The way Ott deploys “adolescence” as a central analytical …

We here at ProfHacker are big Omeka fans. Julie and I have written about its value for individuals, for institutions, and for teaching. This open-source, free, web-based publishing tool is both a digital repository and a way to build online exhibits. Created to be used easily by non-programmers, it is also flexible and powerful enough to meet large institutional needs.

Jeffrey McClurken addresses the ongoing debate over technology in the classroom with a piece titled “On Not Banning Laptops in the Classroom”: