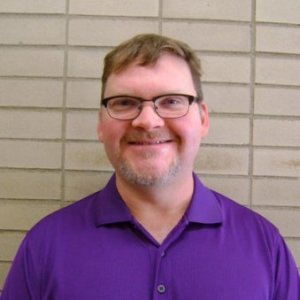 
Dr. Ulmer is Associate Head of the Department

integration of qualitative and quantitative methods

My research interests span the sociology of criminal punishment, criminological theory, religion and crime, and racial/ethnic inequality and violence rates. More broadly, I have expertise in social psychology, organizations, symbolic interactionism, and the integration of quantitative and qualitative methods.

I have several ongoing projects, including: 1) a long-range research agenda focusing on differences between social contexts in court processes and punishment, and inequalities in criminal sentencing at the state and federal levels (partly funded by the National Science Foundation) ; 2) a study of racial and ethnic disparity in Pennsylvania’s death penalty, including prosecutorial discretion to seek it and court decisions to impose it (funded by state and private foundation grants); 3) a study of criminal victimization affecting religious congregations (funded by the National Science Foundation) ; 4) studies of how local religious contexts affect local crime rates and criminal punishment.

American Society of Criminology, Division on Corrections and Sentencing

American Society of Criminology, for Steffensmeier, Ulmer, Feldmeyer and Harris

American Society of Criminology for Confessions of a Dying Thief: Understanding Criminal Careers and Illegal Enterprise

American Society of Criminology, Division on Corrections and Sentencing

2017 Native Americans are US citizens, but they are also tribal nationals subject to complex and unique criminal jurisdiction arrangements over Indian lands. Tribal nations typically have tribal court jurisdiction over less serious crimes, but for serious crimes the federal justice system often supersedes tribal authority, exposing Native Americans to more severe punishments. In addition, recent federal programs have attempted to foster greater tribal/federal criminal justice coupling. Yet, examinations of criminal punishment of Native Americans are few, and most are outdated and/or of very limited generalizability. We examine the punishment of Native American defendants in federal court, focusing on 28 federal districts with substantial Indian presence. Using recent US Sentencing Commission data, as well as contextual data from the Bureau of Indian Affairs and tribal courts, we focus on differences in the federal sentencing of Native American defendants, and how these differences are conditioned by indicators of tribal-federal criminal justice coupling.

2017 Scholarly research on organizational legitimacy, legal authority, and conformity to formalized rules represents an enduring cornerstone of sociological inquiry. At the same time, recent scholarship on the sociology of punishment underscores the broad societal consequences of criminal punishment, 1 in part because the exercise of state-sponsored social control is "shaped by an ensemble of social forces and has a significance and range of effects that reach well beyond the population of criminals." 2 Court actors must continually navigate the delicate balance between formally-structured rules and informal normative expectations. 3 Examining organizational conformity within criminal courts thus provides a unique opportunity to investigate the socio-legal clash of standardized decision-making rules and localized cultural norms across court contexts.

“Mighty Like A River”: The Black Protestant Church and Violence in Black Communities

2017 Little empirical attention has been devoted to the link between black Protestant adherence and crime, despite significant public and political interest in the correlates of offending in black communities, as well as both historical treatments of the black church and prominent sociological theories pointing to black Protestantism as working to mitigate social problems. Using 2010 Religious Congregations and Membership Survey and county-level crime data, we examine whether black Protestantism is negatively associated with homicide, robbery, burglary, and larceny, especially in more disadvantaged black communities. We conclude by discussing the ongoing public debate surrounding the future of the black Protestant church, and we suggest directions for future research.

Intersectionality of Race, Ethnicity, Gender, and Age on Criminal Punishment

2016 Race, ethnicity, gender, and age are core foci within sociology and law/criminology. Also prominent is how these statuses intersect to affect behavioral outcomes, but statistical studies of intersectionality are rare. In the area of criminal sentencing, an abundance of studies examine main and joint effects of race and gender but few investigate in detail how these effects are conditioned by defendant’s age. Using recent Pennsylvania sentencing data and a novel method for analyzing statistical interactions, we examine the main and combined effects of these statuses on sentencing. We find strong evidence for intersectionality: Harsher sentences concentrate among young black males and Hispanic males of all ages, while the youngest females (regardless of race/ethnicity) and some older defendants receive leniency. The focal concerns model of sentencing that frames our study has strong affinity with intersectionality perspectives and can serve as a template for research examining the ways social statuses shape inequality.

Explaining the Gaps in White, Black, and Hispanic Violence Since 1990: Accounting for Immigration, Incarceration, and Inequality

2016 While group differences in violence have long been a key focus of sociological inquiry, we know comparatively little about the trends in criminal violence for whites, blacks, and Hispanics in recent decades. Combining geocoded death records with multiple data sources to capture the socioeconomic, demographic, and legal context of 131 of the largest metropolitan areas in the United States, this article examines the trends in racial/ethnic inequality in homicide rates since 1990. In addition to exploring long-established explanations (e.g., disadvantage), we also investigate how three of the most significant societal changes over the past 20 years, namely, rapid immigration, mass incarceration, and rising wealth inequality affect racial/ethnic homicide gaps. Across all three comparisons—white-black, white-Hispanic, and black-Hispanic—we find considerable convergence in homicide rates over the past two decades. Consistent with expectations, structural disadvantage is one of the strongest predictors of levels and changes in racial/ethnic violence disparities. In contrast to predictions based on strain theory, racial/ethnic wealth inequality has not increased disparities in homicide. Immigration, on the other hand, appears to be associated with declining white-black homicide differences. Consistent with an incapacitation/deterrence perspective, greater racial/ethnic incarceration disparities are associated with smaller racial/ethnic gaps in homicide.