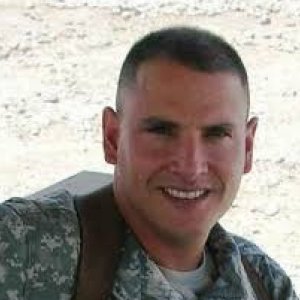 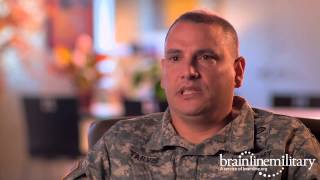 COL Jeffrey S. Yarvis, PhD, a published social work and military scholar in the field of psychological trauma for over 20 years, has practiced internationally with disaster, domestic violence, child abuse, sexual abuse, accident, and war-induced trauma across many different cultures and populations. He has received numerous honors for his humanitarian efforts to include 2008 Uniformed Services Social Worker of the Year, 2008 U.S. Army Social Worker of the Year, the Bronze Star Medal, Combat Action Badge and induction into the Order of Military Medical Merit. He received the Alpha proficiency designator as a military professor in social work.

Awarded by the Department of the Army

Awarded by the Association of Military Surgeons of the United States

The purpose of this study was to explore rates of secondary traumatic stress (STS) in a sample of 70 military primary and mental health care providers. The sample included working professionals within two military hospitals. Participants completed surveys containing a demographic questionnaire and the Secondary Traumatic Stress Scale. Results of data analysis found military participants in the sample to be experiencing relatively low rates of STS. Over half of the sample reported endorsing at least one symptom of STS occurring within the last week, whereas 8% of participants indicated moderate to high symptomatology. The most frequently reported symptoms were feeling emotionally numb and trouble sleeping followed by the intrusive thoughts about clients. The least frequently reported symptom was feeling jumpy. Implications of study findings and recommendations for future research are outlined.

No one leaves unchanged: insights for civilian mental health care professionals into the military experience and culture Social Work in Health Care

This article aims to elucidate an understanding of military culture and experience, so as to better frame the services offered by civilian clinicians. Service members indoctrinated into such an influential culture can experience adjustment problems upon reentry into the larger society, and thus professional counselors and social workers must be ready to address the reintegration process with veteran clients. Furthermore, this article highlights a few of the major mental health concerns that are prevalent in combat veterans, especially for those returning from Operation Iraqi Freedom (OIF) and Operation Enduring Freedom (OEF), and presents a brief overview of treatment modalities implemented both within and outside of the military. Practical therapeutic suggestions for clinicians with little or no knowledge of the military are discussed. The objective is to educate and prepare civilian mental health practitioners to administer culturally sensitive prevention and intervention services to meet the unique needs of this population.

Post-traumatic stress disorder has been designated as one of the signature wounds of the Iraq/Afghanistan war. Approximately 15% of returning service members have been diagnosed with PTSD and the numbers increase daily. As such, civilian social workers and other mental health professionals need to understand the diagnosis and how best to help those struggling with the disorder. This article will explore the etiology and treatment approaches used in management for those with PTSD.