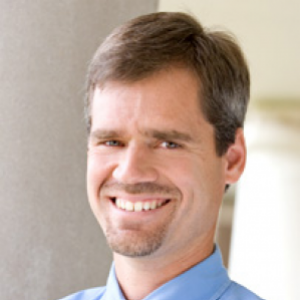 Jeffrey Hirsch joined the UNC faculty in 2011, after teaching for several years at the University of Tennessee College of Law. He has also taught as a visiting professor at Vanderbilt University Law School. Prior to teaching, Professor Hirsch was a litigator in the Appellate Court Branch of the National Labor Relations Board in Washington, D.C. and served as a judicial clerk for the Judge Haldane Mayer on the U.S. Court of Appeals for the Federal Circuit and Judge Robert Beezer on the U.S. Court of Appeals for the Ninth Circuit.

Professor Hirsch writes extensively on labor and employment law issues. He is also a contributing editor of the Workplace Prof Blog, an editor of Jotwell's Work Law Section, and a Research Fellow at the New York University Center for Labor and Employment Law.

NC officials differ on ruling, but agree it's the law

Jeffrey Hirsch, who teaches at the School of Law at UNC Chapel Hill, substantially agreed. "By upholding a constitutional right to same-sex marriage, the court puts a lot more force behind the argument that the state must not erect impediments to same-sex marriages that don't exist for other marriages," he said...

Jeffrey Hirsch, a professor at the UNC School of Law, said Duke faculty are organizing under the National Labor Relations Act, which does not apply to state employees. “State employers are only covered under any relevant state labor laws, and North Carolina has none whatsoever,” Hirsch said. “In fact, North Carolina is one of two states that basically outlaws any collective bargaining with state agencies.”...

Activists want to unionize Uber. Here are the challenges they face.

Because federal law classifies ride-hail drivers as independent contractors, not employees, drivers don’t enjoy protection under the National Labor Relations Act. This means a federal court might slap Seattle down for attempting to preempt federal labor law, says Jeffrey Hirsch, a labor law expert at the University of North Carolina School of law and a former litigator for the National Labor Relations Board. Of course, Seattle might win, extending long-overdue federal protections to the “1099” workforce. But such an outcome is hardly certain and is at least two to three years away, Hirsch says. In the meantime, Seattle drivers attempting to organize under a new city law could be sued by Uber for price-fixing under federal antitrust laws...

Seattle might try something crazy to let Uber drivers unionize

But some legal experts think that because Congress explicitly excluded independent contractors from the NLRA, they might have intended to prevent states from letting them join unions as well. “That pre-empts state or local governments from saying 'no no, they do have rights,’” says Jeffrey Hirsch, a professor at the University of North Carolina School of Law. “I do not see this going anywhere.”...

NLRB Ruling Redefining 'Employer' Could Have Big Impact If It Stands

"It definitely opens up or broadens the joint employer standard," said Jeffrey Hirsch, a law professor at the University of North Carolina. "The degree to which it does that is too early to tell, but certainly for employers like franchisors and many others, it's a potential new liability."...

The Supreme Court’s 2012-2013 Labor and Employment Law Decisions: The Song Remains the Same

The Law of Termination: Doing More with Less

2008 Today's workplace regulatory system consists of a confused web of rules derived from multiple sources of law. Nowhere is this confusion more apparent than the governance of terminations. Scores of federal laws apply to the end of the employment relationship. In ...

The Rise and Fall of Private Sector Unionism: What Next for the NLRA?

2007 In this Article, we ask whether the National Labor Relations Act, enacted over 70 years ago, can remain relevant in a competitive economy where nonunion employer discretion is the dominant form of workplace governance. The best opportunity for the ...

2006 Currently, the National Labor Relations Board determines whether union organizers have a right to access employer property by looking almost exclusively to an employer's state law right-to-exclude. If the employer possesses such a right, an attempt to ...

1999 The formation and passage of legislation has been the subject of innumerable legal, political, and economic studies. Yet, perhaps the most useful tool in analyzing the creation and implementation of legislation is to examine the process itself. This Article focuses on ...

Labor Law Obstacles to the Collective Negotiation and Implementation of Employee Stock Ownership Plans: A Response to Henry Hansmann and Other 'Survivalists'

1998 On a theoretical level, employee ownership may result in significant advantages for firm performance over conventional investor ownership. Evidence reveals, however, fewer employee owned firms than such theories would suggest, resulting from either overly ...