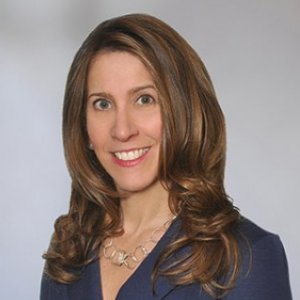 
Commercial litigator with deep expertise in advising Canadian and international franchisors with all manner of business disputes.

Jennifer’s litigation practice focuses on disputes involving franchising and other commercial matters, employment, defamation, intellectual property and privacy. Jennifer has particular expertise in injunctions and emergency applications. She has represented companies in a broad range of industries including some of the world’s best known brands. Prior to joining Osler in 1992, she clerked for the Chief Justice of the Ontario Court.

Jennifer has written over 30 articles in a regular online Franchise Focus column for the FP Entrepreneur in the National Post.

Recognized as a leading franchise lawyer in: (professional)

Jennifer has written over 30 articles in a regular online Franchise Focus column for the FP Entrepreneur in the National Post.

Jennifer Dolman is a litigation partner with Osler, Hoskin & Harcourt LLP in Toronto. A frequent speaker and writer on franchise law, Jennifer has particular expertise representing franchisors on franchise disputes.

A recent article in Canadian Lawyer InHouse discusses some of the legislative and regulatory limitations and inconsistencies that currently exist in the Canadian franchise landscape and how those challenges are affecting the franchising of U.S. brands in Canada.

‘Joint-employer’ status could rattle franchise industry: 'It will be a game-changer'

According to an article by Julius Melnitzer in the Financial Post, a new concept called “joint employer status” could have a significant impact on the Canadian franchise industry. The notion of joint employer status is supported by unions and other employee advocates who maintain that franchisees and franchisors have such a close relationship that they should be deemed to be “joint employers” of a franchisee’s employees.

In an depth article featured in the recent Lexpert US/Canada Cross-Border Guide, journalist Julius Melnitzer examines the current state of the Canadian franchise industry and the complex legal issues it faces.

The Future of Franchising in Canada

Lingering uncertainty surrounding legislation and case law has made it increasingly challenging and costly for franchisors to comply with governing legislation in Canada.

The good news for franchsors is that the government listened to the industry and revised the wording of the Act, which was overwhelmingly approved May 26 and is set to come into effect January 2017.

Complexity of Tim Hortons class action motion was ‘off the charts’

Tim Hortons has been awarded $1.8 million in costs in a franchise class action certification and summary judgment motion dismissed in 2012.

Securities class actions, which often have cross-border elements, are facing threats on a number of fronts in Canada.

The Role of Equity in Franchise Law

Duties of Good Faith: Recent Developments in the Law and Practical Implications

Best Practices for Enforcing Non-Competes and Other Restrictive Covenants (Speaker)

One Hundred Days to Trial or Final Arbitration Hearing (Speaker)

Post-Sale Duty to Disclose: Does it Exist

Who's Who Legal Franchise 2016 Roundtable (Co-author)

Mediation offers particular advantages for disputes between franchisors and existing franchisees where there is a mutual interest in preserving an ongoing franchise relationship.

In MEDIchair LP v. DME Medequip Inc., 2016 ONCA 168, the Ontario Court of Appeal confirmed that a franchisor is not entitled to enforce a restrictive covenant where there is clear evidence it has no intention of operating within the protected geographic area.

On January 14, 2016, the Ontario Court of Appeal overturned a judgment for the franchisee class in the Pet Valu franchise class action.

On April 15, 2015, the Quebec Court of Appeal released its highly anticipated decision in Bertico Inc. v. Dunkin’ Brands Canada Ltd., a group action brought against Dunkin’ Donuts by 21 of its franchisees in Quebec.

Restrictive covenants are a routine component of most franchise agreements. These provisions frequently prohibit the franchisee (and the franchisee owner) from operating a competing business during the currency of the relationship and for a specified period of time thereafter, usually within a certain radius of the franchised premises and sometimes within the territory of other franchisees in the network.

In a highly anticipated decision released on April 15, 2015, the Québec Court of Appeal upheld the findings of Justice Tingley of the Québec Superior Court that the Dunkin’ Donuts franchisor in Québec breached its franchise agreements with its Québec franchisees by failing to adequately support them in the face of the “Tim Hortons phenomenon” in that province.

This article discusses the use and effectiveness of forms of non-binding dispute resolution to resolve problems that arise in international franchise relationships. It addresses the methods and structures for drafting provisions in international franchise agreements, procedures and techniques for conducting non-binding dispute resolution, and regional differences in contract provisions and procedures for conducting arbitration and mediation.