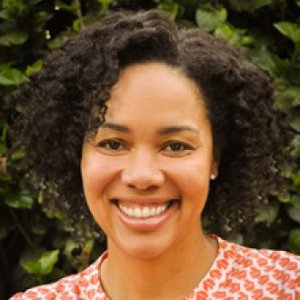 Jennifer Haskin-O’Reggio was born in New Orleans, LA and holds a BA in Theater and Fine Arts from Indiana University and an MFA in film production from USC. Whilea student at Indiana, she directed and produced large scale productions such as The Colored Museum, The Wiz, and For Colored Girls and co-founded and managed the university’s first multi-cultural theater troupe.

Her second short Blues for Red, funded by a Disney Production Grant, garnered another Director's Guild of America Award, the Kodak Rising Star Award, and an invitation to screen at the Cannes Film Festival.

Jennifer has produced, written and directed Sesame Street segments for PBS/Children's Television Workshop/Sesame Workshop; directed web content for various musical artists such as Gwen Stefani, Eve, Maya, Wyclef and Jadakiss for Interscope Records; and has been noted in publications such as Essence Magazine.

Currently, Jennifer is developing a narrative coming-of-age feature film set in New Zealand and is in post-production on a documentary feature about a family’s life in New Orleans post-Hurricane Katrina. She is also producing a short film entitled Covered. When on hiatus from teaching and filmmaking, Jennifer works with at-risk youth and volunteers at the Women and Children’s Shelter.

for "The Mirror Lied"

for "The Mirror Lied"

for "Blues For Red"

for "Blues for Red"