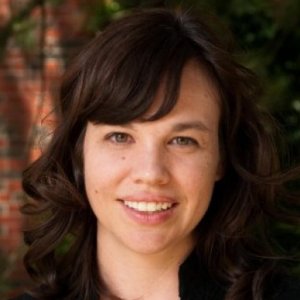 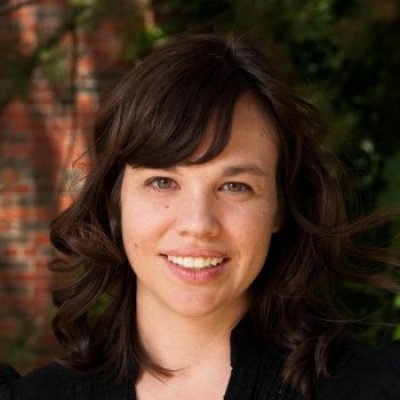 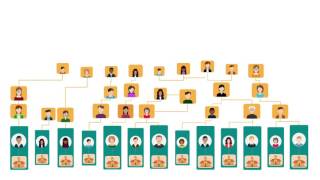 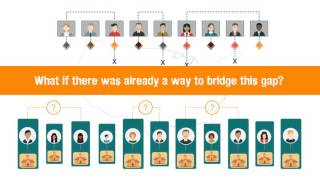 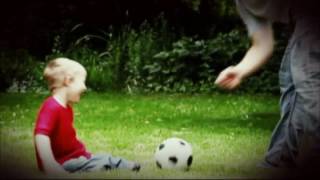 While having children is often seen as a marker of adulthood, some people just don't want a gaggle of kids running around. And science says they're doing just fine, thank you very much. According to a Michigan State University study released today, a quarter of adults say they don't want children. Researchers say that number is far higher than previous estimates, partly because many previous studies relied on infertility rates to identify child-free populations, thereby leaving out people who simply elected not to reproduce. “Most studies haven't asked the questions necessary to distinguish ‘child-free' individuals—those who choose not to have children—from other types of non-parents,” psychologist Jennifer Walting-Neal said in a release.

US researchers to study knowledge networks in north-east England

Three US academics will travel thousands of miles across the Atlantic to run a research project in the north-east of England to map how teachers share knowledge. Michigan State University was invited by schools consultancy firm Evidence Based Education, located near Darlington, to replicate studies in the US on the information networks of teachers.

Whenever a school shooting takes place, the focus often turns to the social life of the shooters, and people conclude that they suffered from some type of peer rejection or victimization. For example, in the latest school shooting, reports have surfaced that Dimitrios Pagourtzis, the 17-year old school shooter in Santa Fe, Texas, may have experienced a form of peer rejection. Specifically, in the weeks prior to the shooting, one of his victims, Shana Fisher, publicly rejected his romantic advances in front of peers.

January is a time for new resolutions and no little resolve. Join the gym, read some books, mark the schoolwork on time. For the busy teacher, perhaps there is the resolution to read some research evidence, making some positive changes along the way?

Best education research of 2017 for schools

Making decisions means engaging with information, either consciously or not. As I set about finding the shining jewels of rigour in methodological research and substantive brilliance in 2017, I couldn’t help but think of the mis- and disinformation currently buzzing about our daily lives, and how the importance of high-quality research evidence grows with each poorly phrased tweet and propagandist blog post. We need good information in our schools now more than ever.

Multiple Audiences for Encouraging Research Use: Uncovering a Typology of Educators

We apply diffusion of innovations theory to examine two key research questions designed to inform efforts to improve the research–practice gap in education: (1) Are there distinct types of educators that differ in their prioritization of the compatibility, observability, complexity, relative advantage, and trialability of research? and (2) Are educators’ roles or context associated with their categorization in this typology? Research Method: Using semistructured interview data in two Michigan counties from intermediate school district staff (N = 24), district central office staff (N = 18), principals (N = 22), and school building staff (N = 23), we first used directed content analysis to code for mentions of compatibility, observability, complexity, relative advantage, and trialability. Next, using the coded data, we conducted a hierarchical agglomerative cluster analysis and follow-up cross-tabulations to assess whether cluster memberships were associated with educators’ roles or county context. Findings: Educators in our sample could be categorized in one of five clusters distinguished primarily by different patterns of prioritization of the compatibility, observability, and complexity of research. Membership in these clusters did not vary by role but did vary by county, suggesting the importance of context for educators’ perceptions of research. Implications for Research and Practice: These findings suggest that narrowing the research–practice gap in education will require attending to multiple audiences of educators with distinct priorities that guide their perceptions and use of educational research and evidence-based practices.

Just Google it: Measuring schools’ use of research evidence with internet search results

Measuring the use of research evidence (URE) by schools has become a central focus of education researchers. However, it has proven challenging due to low response rates, social desirability bias, and costly or time-consuming data collection methods. To overcome these challenges and meet the needs of research focused on URE, this paper introduces a non-reactive archival measure: Archival Search of Use of Research Evidence (ASURE). ASURE counts references to research or evidence on a school’s or school district’s website to capture the extent of its rhetorical use of research evidence. After illustrating the collection of ASURE in all public school districts in Michigan (N = 595), we use data on these districts to show that ASURE is reliable and valid, and thus offers a promising new strategy for measuring URE in schools. We conclude by considering future steps for exploring ASURE, not simply as a measure of URE in schools, but instead as a measurement strategy for assessing URE in a broad range of organisational contexts.

Evidence & Policy: A Journal of Research, Debate and Practice

We propose transaction cost economics theory as a tool for exploring when school administrators rely on information from two types of sources: internal sources like their own colleagues, and external sources like researchers and government agencies. The theory’s application is illustrated in a comparative case study of two public school districts in Michigan. Consistent with the theory’s predictions, the smaller, homogeneous, high-performing district used more external sources of information, while the larger, diverse, low-performing district used internal sources of information. We conclude by identifying some strengths and limitations of the theory, which can serve as starting points for debate.

In this study, we explored the extent to which educators discuss and prioritize Rogers’ (Diffusion of innovations, The Free Press: New York, 1995) five attributes of innovations—relative advantage, compatibility, complexity, observability, and trialability—in the context of research use. Using a directed content analysis of 54 semi-structured interviews and exemplar quotes, we describe how educators mentioned compatibility most frequently, but also commonly invoked observability and complexity in their discussions of research use. Our results also revealed key differences between educators in executive and non-executive roles. We discuss the implications of our findings for closing the research-practice gap in school-based mental health services and psychosocial interventions.

Linking the levels: Network and relational perspectives for community psychology.

2014 In this article, we assert that relationships and networks are of paramount importance for understanding and improving settings, neighborhoods, communities, and larger social systems. Despite previous acknowledgements of their relevance, relational and social network perspectives and analyses remain underrepresented in community psychological research and action. Here, we claim that network and relational perspectives can provide conceptual and empirical 'links' between levels of analysis, more fully reflecting a transactional view. We also describe some of the sophisticated methodologies that can be employed in empirical studies drawing on these perspectives. Additionally, we contend that core concepts in community psychology such as health promotion, empowerment, coalition building, and dissemination and implementation can be better understood when employing relational and network perspectives. As an introduction to this special issue of American Journal of Community Psychology, we draw out themes and key points from the articles in the issue, and offer recommendations for future advancement of these perspectives in the field.

The bright side of positive perceptual bias: Children’s estimations of network centrality and aggression

2014 This paper brings together two trends in the empowerment literature-understanding empowerment in settings and understanding empowerment as relational-by examining what makes settings empowering from a social network perspective. Specifically, extending Neal and Neal's (Am J Community Psychol 48(3/4):157-167, 2011) conception of network power, an empowering setting is defined as one in which (1) actors have existing relationships that allow for the exchange of resources and (2) the distribution of network power among actors in the setting is roughly equal. The paper includes a description of how researchers can examine distributions of network power in settings. Next, this process is illustrated in both an abstract example and using empirical data on early adolescents' peer relationships in urban classrooms. Finally, implications for theory, methods, and intervention related to understanding empowering settings are explored.

2014 This study examined the associations between prosocial and academically oriented behaviors and social preference as a function of individual (i.e., gender), developmental (i.e., grade) and contextual factors (i.e., group descriptive norms). Data were gathered from a sample of 2nd, 3rd and 4th grade children (51% male, 97.5% African American) in 34 classrooms from high‐poverty inner‐city neighborhoods. Multilevel analyses indicated that individual, developmental, and contextual factors moderated the association between children's prosocial and academically oriented behaviors and social preference. Taken together, results from this study support theoretical models emphasizing the relational and contextual nature of children's social preference in the peer group.

Change from within: Engaging teacher key opinion leaders in the diffusion of interventions in urban schools.

2008 In this paper, we describe our efforts to involve influential teachers in disseminating classroom-based interventions designed to impact learning and psychosocial adjustment among kindergarten through fifth grade students with behavioral and learning problems. To date, the KOL model has been launched in four urban elementary schools. Although implementation is ongoing, we will present our initial experiences to illustrate some of the complexities and advantages of a KOL model, and how we have adapted our goals to accommodate the unique characteristics of each school. First, we describe how teacher advice networks were used to determine key opinion leader teachers in the best position to influence their peers. Second, we describe the development and implementation of a web-based course designed to facilitate KOL dissemination of universal and targeted strategies to improve student learning and behavior. Third, we describe a mechanism for providing ongoing support to classroom teachers as they began implementing the strategies in their classrooms, highlighting some of the contextual differences across our schools. Finally, we end with a discussion of the challenges and promising practices for engaging influential teachers in efforts to impact system-level change in mental health service delivery.