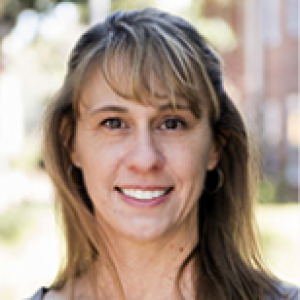 Dr. Zettler investigates the ecological effects of red imported fire ants on native invertebrates and plants. Along with Dr. Brofft-Bailey, she is determining if fire ant mounds serve as “hot spots for nitrification since they are enriched with oxygen and ammonia, conditions which should favor the growth of ammonia oxidizing Bacteria and Archaea.”

Annals of the Entomological Society of America

2004 Currently, the southern United States produces more timber than any other region in the world. Entire timber stands are removed through a harvesting method called clear-cutting. This common forestry practice may lead to the replacement of native ant communities with invasive, nonindigenous species...

Annals of the Entomological Society of America

2002 The red imported fire ant, Solenopsis invicta Buren, became established in North America more than 70 yr ago, and it currently occupies most of the southeastern United States. Fire ants change the physical and chemical components of soil, which likely influence soil fungi in ant mounds. To determine the effects of fire ants on soil fungi, we sampled soil from fire ant mounds and the surrounding nonmound soil...

2001 Invasion by the red imported fire ant, Solenopsis invicta, has had negative impacts on individual animal and plant species, but little is known about how S. invicta affects complex mutualistic relationships. In some eastern forests of North America, 30% of herbaceous species have ant-dispersed seeds. We conducted experiments to determine if fire ants are attracted to seeds of these plant species and assessed the amount of scarification or damage that results from handling by fire ants...