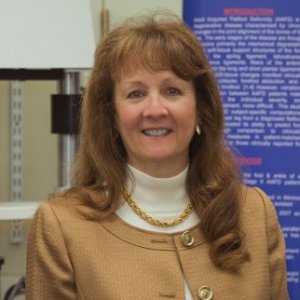 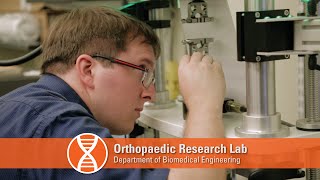 2019 The H.R. Lissner Medal recognizes outstanding achievements in the field of bioengineering.

An orthopedic implant device and system support the fusion of bones in the medial column of the human foot. An exemplary implant uses an improved lag screw and supplemental components, including a washer plate and transverse screws which penetrate transverse through holes in the shaft of the lag screw. Additionally, a surgical procedure is described which may employ such an implant. The improved lag screw may be inserted at the plantar surface of the first metatarsal and support the fusion of, for example, the transverse tarsal joint, the cuneonavicular joint, and the tarsometatarsal joint.

A Tibiotalar Arthrodesis Guide (TAG) used for fusion of the talus to the tibia is comprised of several basic components. The main component is a straight guide post upon which other components can slide. A curved arm is featured at the end of the straight guide post, featuring points at the ends which serve as indicators of the pins' exit sites based upon the lines of action of the parallel pins. The parallel guide cylinders are positioned on a movable arm which translates superiorly and inferiorly on the guide post of the handle, allowing a surgeon to adjust the device for varying ankle sizes. A “home-run” pin guide cylinder for a home-run guide pin is oriented superiorly and at an angle to the parallel guide cylinders. Using a similar concept as the parallel guide cylinders, the “home-run” guide is also attached to a movable arm that can translate inferiorly and superiorly along the main guide post. A medial guide cylinder for a medial guide pin passes through one of a plurality of holes in a vertical guide arm. The surgeon has the flexibility to utilize either the “home-run” or medial pins, depending on the needs of the patient and preference of the surgeon and, in either case, the “home-run” and medial pin pass between the two parallel pins.

Theoretical basis and practical application of this numerical approach to solving field problems governed by differential or integral equations.

Femoral version impacts the long-term functioning of the femoroacetabular joint. Accurate measurements of version are thus required for success in total hip arthroplasties and hip reconstructive surgeries. These are impossible to obtain without visualization of the distal femur, which is often unavailable preoperatively as the majority of imaging scans are isolated to the pelvis and proximal femur. We developed an automated algorithm for identifying the major landmarks of the femur. These landmarks were then used to identify proximal axes and create a statistical shape model of the proximal femur across 144 asymptomatic femora. With six proximal axes selected, and 200 parameters (distances and angles between points) from the shape model measured, the best-fitting linear correlation was found. The difference between true version and version predicted by this model was 0.00 ± 5.13° with a maximum overestimation and underestimation of 11.80 and 15.35°, respectively. The mean absolute difference was 4.14°. This model and its prediction of femoral version are a substantial improvement over pre-operative 2D or intra-operative visual estimation measures.

Computational models of diarthrodial joints serve to inform the biomechanical function of these structures, and as such, must be supplied appropriate inputs for performance that is representative of actual joint function. Inputs for these models are sourced from both imaging modalities as well as literature. The latter is often the source of mechanical properties for soft tissues, like ligament stiffnesses; however, such data are not always available for all the soft tissues nor is it known for patient-specific work. In the current research, a method to improve the ligament stiffness definition for a computational foot/ankle model was sought with the greater goal of improving the predictive ability of the computational model. Specifically, the stiffness values were optimized using artificial neural networks (ANNs); both feedforward and radial basis function networks (RBFNs) were considered. Optimal networks of each type were determined and subsequently used to predict stiffnesses for the foot/ankle model. Ultimately, the predicted stiffnesses were considered reasonable and resulted in enhanced performance of the computational model, suggesting that artificial neural networks can be used to optimize stiffness inputs.

Novel potential marker for native anteversion of the proximal femur.

Identifying native femoral version from proximal femoral landmarks would be of benefit both for preoperative assessment as well as intraoperatively. To identify potential markers for femoral anteversion, an empirical framework was developed for orientation-independent analysis of the proximal femur from pelvic CT to allow for segmentation of the proximal femur into five constituent regions: Femoral head, femoral neck, greater trochanter, lesser trochanter and femoral shaft.

Surgical gloves can be damaged during the course of a procedure, which can place the surgeon and patient at risk. Glove perforation may not always be readily apparent, and determining the risk factors for glove perforation can aid the surgeon in deciding when a glove change is advisable. Time of wear and needle sticks have been well studied; however, other mechanisms including mechanical stress from surgical equipment have had limited evaluation to date.

A three-dimensional (3D) computational model of the wrist examined the biomechanical effects of the proximal row carpectomy (PRC), a surgical treatment of certain wrist degenerative conditions but with functional consequences. Model simulations, replicating the 3D bony anatomy, soft tissue restraints, muscle loading, and applied perturbations, demonstrated quantitatively accurate responses for the decreased motions subsequent to the surgical procedure. It also yielded some knowledge of alterations in radiocarpal contact force which likely increase contact pressure as well as additional insight into the importance of the triangular fibrocartilage complex and retinacular/capsular structures for stabilizing the deficient wrist. As better understanding of the wrist joint is achieved, this model could serve as a useful clinical tool.

Effects of Degree of Surgical Correction for Flatfoot Deformity in Patient-Specific Computational Models.

The inherently complex three-dimensional morphology of both the pelvis and acetabulum create difficulties in accurately determining acetabular orientation. Our objectives were to develop a reliable and accurate methodology for determining three-dimensional acetabular orientation and to utilize it to describe relevant characteristics of a large population of subjects without apparent hip pathology.

Flexor hallucis longus (FHL) and flexor digitorum longus (FDL) tendon transfers are frequently used to restore the function of a deficient tibialis posterior tendon in stage II adult acquired flatfoot deformity (AAFD). Either transfer causes some loss in toe flexion force, although the decision to tenodese the cut tendon to restore associated function remains controversial. This study quantified changes in plantar force before and after tendon transfer and with or without distal tenodesis in a cadaveric model.

Effects of surgical correction for the treatment of adult acquired flatfoot deformity: A computational investigation

Computational models of the foot/ankle complex were developed to predict the biomechanical consequences of surgical procedures that correct for Stage II adult acquired flatfoot deformity. Cadaveric leg and foot bony anatomy was captured by CT imaging in neutral flexion and imported to the modeling software.

Computational Model of the Human Elbow and Forearm: Application to Complex Varus Instability

Computational modeling is an effective way to predict the response of complex systems to perturbations that are difficult or impossible to measure experimentally. A computational model of the human elbow was developed wherein joint function was dictated by three-dimensional osteoarticular interactions, soft tissue constraints, muscle action, and external loading. The model was validated against two cadaveric experiments that examined the significance of coronoid process (CP) fractures, lateral ulnar collateral ligament (LUCL) ruptures, and radial head (RH) resection in varus stability.

This study evaluated the effects of locking vs nonlocking configuration on the biomechanical performance of a calcaneal reconstruction plate in an osteoporotic cadaveric model.