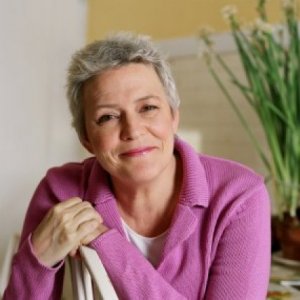 Jenny Allen‘s essays and articles have appeared for years in many magazines, including The New Yorker, The New York Times, New York, Vogue, Esquire, More, Huffington Post and Good Housekeeping. Recent essays appear in “Disquiet, Please!” a new anthology of humor pieces from the New Yorker, and in In The Fullness of Time: 32 Women on Life After 50 (Simon & Schuster). She is the author of a book of fables for grown-ups called The Long Chalkboard, illustrated by her husband, Jules Feiffer. She performs stand-up comedy in Manhattan, has appeared in Spalding Grey: Stories Left to Tell, and is a participating storyteller for The Moth. I Got Sick Then I Got Better was first performed on Martha’s Vineyard in the summer of 2007; director James Lapine then collaborated with Allen and with Darren Katz on shaping and expanding the material. New York Theatre Workshop produced the show in 2009, extending it three times. I Got Sick Then I Got Better has been seen in theaters, hospitals, universities and at cancer conferences around the country. Ms. Allen received the 2010 “It’s Always Something” award from Gilda’s Club NYC, and serves on the board of the Ovarian Cancer National Alliance. She is also featured in print and television public service announcements as part of the Centers for Disease Control and Prevention’s gynecologic cancers campaign (visit the Inside Knowledge Campaign site). She has two children, Halley, an actress, and Julie, a high school student, as well as a stepdaughter, Kate. For a calendar of future performances, and for booking inquiries, visit jennyallenwrites.com.