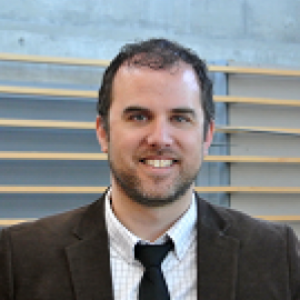 Increasing software sophistication in everything from mobiles phones and computers to vehicles, and smart appliances offers greater convenience and capabilities to consumers. Advances in technology also give way to software bugs that are increasingly difficult to find and fix. Jeremy Bradbury, PhD, Associate Professor and Graduate Program Director of Computer Science, leads Canada’s first research into automatic bug detection and repair. He heads UOIT’s Software Quality Research Lab, and has developed algorithms to automatically locate the most likely places in code where a bug exists, then modify the program to ensure the software continues to perform optimally.

Many of today’s computers still run software that was written over a decade ago. Despite the release of faster processors, outdated software slows down overall computer use. Dr. Bradbury’s core research focuses on improving the quality of multicore processors to enable concurrent software to operate more efficiently. He also co-developed UOIT’s Human-Centred Computing Lab, designed for conducting controlled experiments that allow researchers to better understand and evaluate how people interact with leading-edge computer technology.

Dr. Bradbury joined UOIT 2007 as an Assistant Professor, and was appointed Undergraduate Program Director of Computer Science from 2011-13 where he developed a Computer Science program relevant to current technology and related to industry application and partners. For his work, he was named Associate Professor in 2013. In the classroom, Dr. Bradbury uses innovative technology and online platforms such as Slack and YouTube to engage students in computer science education.

Fascinated by the nature of problem-solving and computer-based applications, Dr. Bradbury received his Bachelor of Science in Computer Science and Mathematics, First Class Honours with Distinction in 2000 from Mount Allison University in Sackville, New Brunswick. He earned his Master of Science in Computing and Information Science and his Doctorate in Computer Science both from Queen’s University in Kingston in 2002 and 2007, respectively.

Dr. Bradbury has been elected as a Teaching Representative on UOIT's Board of Governors for a three-year term from 2015-18.

Awarded one of three Best Poster Awards at the 2011 CSER Fall Meeting for his work Eclipticon: Eclipse Plugin for Concurrency Testing.

Dr. Bradbury received this award for his poster An Interactive Visualization of Thread Interleavings at the 5th ACM Symposium on Software Visualization (SoftVis'10).

School of Computing Award for Excellence in Teaching Assistance (professional)

Dr. Bradbury received this award for his contributions to teaching at Queen's University from 2002-03.

Given to the graduate student who has made the greatest contribution to the intellectual and social spirit of the School of Computing, Queen's University, 2002-03

Testing and Analysis of Concurrent and Heterogeneous Computing Software

This collaborative five-year research grant expands upon previous research in software testing and analysis in several key areas. This project aims to improve the quality of concurrent and heterogeneous (multicore + manycore) software, and develop better tools to improve the speed and accuracy of assessing this software through automatic testing and analysis techniques. Another key area of this project builds on creating enhanced algorithms for automatic bug detection and repair, as well as automatic debugging in which an algorithm can automatically locate code with the highest probability for a bug to exist.

Dr. Bradbury is principal investigator of this research in UOIT’s Human-Centred Control (HCC) Lab, which was designed for conducting controlled experiments that allow researchers to better understand and evaluate how people interact with leading-edge computer technology. Research in this lab falls under three main themes: information visualization, software engineering and computer security. In all three themes, a novel research approach focuses on the usability perspective of innovative prototypes and tools in new and emerging environments (e.g., mobile devices, large touch displays).