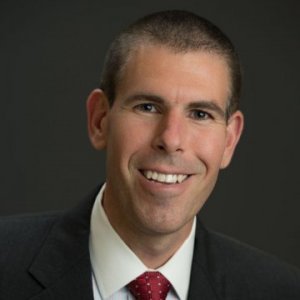 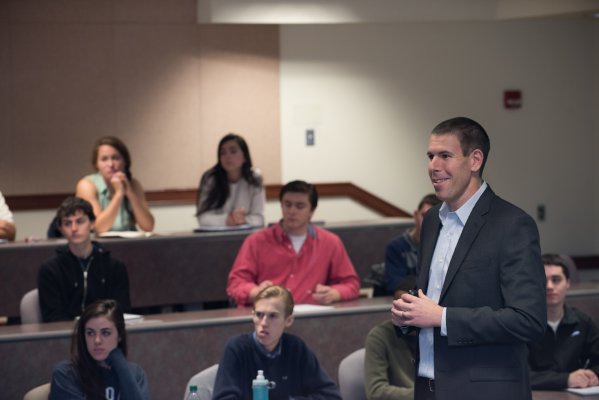 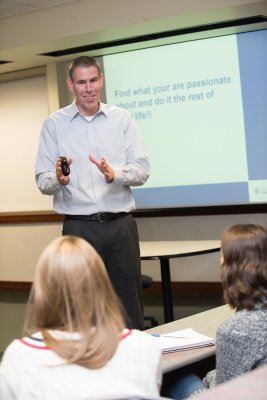 Dr. Kees is the Richard J. and Barbara Naclerio Endowed Chair and Professor in Marketing & Business Law. His research focuses on ways in which consumers process and are influenced by marketing communications, the motivational and self-control mechanisms consumers use to manage potential risks, how consumers integrate present versus future outcomes into decision making and issues that affect consumer decision making related to health and wellness. Kees is also the Faculty Director for the Center for Marketing & Consumer Insights at Villanova University.

VML Is Asking Students in a Villanova Digital Marketing Class to Create a Musical.ly Strategy for Gatorade

Last January, Kansas City-based VML partnered with the Missouri School of Journalism to create a social media course meant to help teach college students the ins and outs of handling social media for big brands. ... “We’re thinking of this as kind of a pilot program for something that could be much bigger on a regular basis going forward,” said Jeremy Kees, professor of marketing at Villanova. “Having a real client, a real problem, a real situation to work on—you just can’t beat that if you’re a professor and you’re trying to teach this stuff.”

Scoring big when the NFL Draft comes to Phila. could cost companies $300K

Companies that want to score big when the NFL Draft comes to Philadelphia this year may have to cough up nearly $300,000 for sponsorship opportunities, which one expert says provide an "excellent opportunity" for participants since it comes with integrated marketing communications and some legs after the NFL Draft has come and on. "This could be an excellent opportunity for any organization that has a target market that coincides with the audience that is interested in the Draft," said Jeremy Kees, professor of marketing at Villanova University.

Well-known retailers have ushered in January with plans to close physical store locations in 2017, and it could be symptomatic of issues in the industry. Stores are also being forced to reposition themselves in light of a highly competitive environment, according to Jeremy Kees, a professor of marketing at the Villanova School of Business. “Store closures are a way for [retailers] to perhaps reposition themselves to be perceived more favorably in the marketplace, especially for important demographics such as millennials,” Kees says.

The Food and Drug Administration has finally acknowledged that no one eats just a half-cup of ice cream or drinks just 8 ounces of a 12-ounce can of soda. Bigger, more realistic serving sizes are among the changes in the first major update of the "Nutrition Facts" label, which the FDA first began to require on food packages 20 years ago. ... Jeremy Kees, an associate professor of marketing at Villanova University in suburban Philadelphia, called the updated label "a good step forward." "FDA made a good-faith effort based on science," Kees told me. He works as a consultant for both the FDA, where he serves on the Risk Communication Advisory Committee, and the GMA.

The United States plans a major overhaul of the way packaged foods are labeled, the Food and Drug Administration announced on Friday. Serving sizes will be adjusted to reflect how much people actually eat, and for the first time labels will list added sugars. ... Professor Jeremy Kees, a nutrition label expert at Villanova University School of Business who has consulted for both the FDA and industry, said he believes the impact will be “relatively small” because the information is on the back of the package.

Citizens' Representations of God and Support for Sustainability Policies

Who Uses Facts Up Front? A Baseline Examination of Who is Using Standardized Front‐of‐Package Nutrition Disclosures

A Preliminary Examination of Facts Up Front: Survey Results from Primary Shoppers and At-Risk Segments

Journal of the Academy of Nutrition and Dietetics