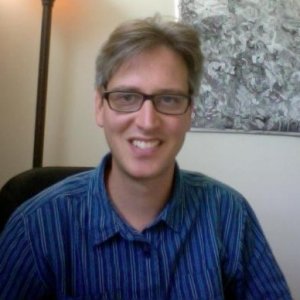 
Jeremy Larochelle is an Associate Professor of Modern Languages and Literatures at the University of Mary Washington.

Jeremy G. Larochelle, Associate Professor of Spanish, received his Ph.D. (2006) from Rutgers, The State University of New Jersey, in Spanish with a focus on contemporary Latin American and U.S. Latina/o literature and ecological issues. He received his B.A. in Spanish from the College of William and Mary, where he conducted undergraduate research in Mexico and Ecuador.

Dr. Larochelle’s academic interests lie in the intersection between Latin American and U.S. Latina/o literature and environmental issues. Over the last few years his research has revolved around cultural production in the Amazon region. Through the support of a Faculty Research Grant, he conducted research in the Peruvian Amazon, where he interviewed writers, visited libraries and spoke with people in villages along the Amazon River. In recent years his students received Undergraduate Research Grants to travel to the Amazon as well and conduct their original research. His work on the subject has been published in the journals The Dirty Goat and Review: Literature and Art of the Americas, along with ¡Más aplausos para la lluvia! Antología de poesía amazónica reciente/More Applause for the Rain: Anthology of Recent Amazonian Poetry, a critical anthology of recent poetry from the Amazon with a focus on the environment that was published in Spring 2014 by TierraNueva Press in Perú. In addition, an article titled “A City on the Brink of Apocalypse: Mexico City’s Urban Ecology in Works by Homero Aridjis and Vicente Leñero” was recently published in the widely read journal "Hispania."

Outside of the classroom he serves as the Faculty Sponsor for the UMW Outdoors Club and enjoys coming along on excursions as UMW students discover the natural beauty of the local area. He is also an active member of the President’s Council on Sustainability that strives to make UMW a more sustainable institution. This is his second year serving as faculty adviser for the Green House, living/learning community and teaching the fsem associated with it: Writing For a Wounded Planet: Literature and the Environment in the U.S. and Latin America.

From the Inner City to the Cotton Fields: Living and Working Conditions in Martin Espada's Poetry

2014 In "Acknowledged Legislator: Critical Essays on the Poetry of Martin Espada," edited by Edward J. Carvalho.

A City on the Brink of Apocalypse: Mexico City’s Urban Ecology in Works by Vicente Leñero and Homero Aridjis

2013 ABSTRACT: Through an examination of Aridjis’s apocalyptic novel and selections from his poetic work, and of Vicente Leñero’s La gota de agua, I argue that both authors raise awareness in the reader about pressing urban ecology problems in Mexico’s capital city. In depicting environmental issues—a severe water shortage in La gota de agua and the Distrito Federal on the brink of apocalypse in La leyenda de los soles—both Aridjis and Leñero question conventional literary language relating to the city and to the non-human world.

Writing under the Shadow of the Chullachaqui: Amazonian Thought and Ecological Discourse in Recent Amazonian Poetry

Review: Literature and Arts of the Americas

Trends and Themes in Recent Poetry from the Amazon: From Abundant Rain to Dying Lakes

2011 ABSTRACT: This essay looks at trends in poetry from the Amazon. It identifies sadness, hope, love, raising children, economic troubles and death as among the themes of poems from the region. It also discusses the representation of rivers and lakes in poetry. In addition, the article addresses the view of non-human nature in poetry.